Paediatric traumatic brain injury: what is the future? 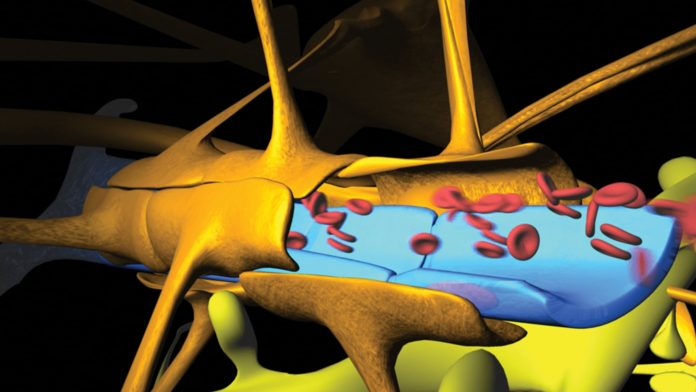 Traumatic brain injury (TBI) is defined as the result of an external mechanical force applied to the head, causing damage to the brain. The pathology of Traumatic Brain Injury is heterogeneous; it is, therefore, very complex and depends, amongst other factors, on the patient’s age, sex, and the location and severity of the injury.

Traumatic Brain Injury is one of the leading causes of death and disability, particularly amongst the young population. In fact, Traumatic Brain Injury is especially prevalent among children and young adults with an incidence in Europe of 235 per 100,000. There are around seven million TBI patients in the European Union.1 It is very important to note that most TBI cases occur in the paediatric age range, and they entail long-term consequences. At least 20% of the paediatric patients hospitalised after TBI will live with lifelong physical disabilities. In addition, paediatric TBI patients often have cognitive impairments with persistent attention, memory and concentration deficits, as well as emotional disorders including anxiety and depression, which greatly influence their academic and work performance, and causes profound social dysfunction later in life. It then becomes clear that the costs for rehabilitation and educational support after paediatric TBI are an important financial burden for the European society and worldwide. Despite the socio-economic costs for society, research in this field has been underfunded compared to the other neurological disorders.

Complexity of Traumatic Brain Injury in the paediatric population

The complexity of TBI is due to the heterogeneity of the disorder, depending on the stage of brain development. Depending on the person’s age when the brain injury event happens, the secondary injuries will vary. These secondary injuries alter a wide variety of biological processes of brain development, such as: myelination; neurotransmitter and neurotrophin development; programmed cell death; synaptogenesis and synaptic reorganisation; gliogenesis; cerebral blood flow (CBF); cerebral oxidative and glycolytic metabolism; blood-brain barrier (BBB) function; and cerebrospinal fluid dynamics, among others.

In addition to the developmental stage, the severity of the TBI will also determine the type of secondary injuries. In clinic, TBI is categorised in mild-TBI/concussion, moderate or severe TBI, based on neurological symptoms, the Glasgow Coma Scale and presence or absence of neuroimaging changes.

Now, there is a large number of therapies used clinically, as part of the standard of care in the setting of severe TBI. However, these therapies are not resolving the consequences of TBI. To date, no new therapies have made the transfer from bench to bedside for TBI in adults or in children. There is, therefore, an urgent need for new therapies, especially now that it is clinically recognised that there is a link between TBI and the development of a variety of neurodegenerative diseases, such as chronic traumatic encephalopathy and dementia. This link is now documented for TBI of all severities, including even mild-TBI and repetitive mild-TBI, which can occur during sport and recreation practice.

It is important to highlight that mild-TBI represents over 75% of emergency room visits, and it is very likely that this number is under-represented for sport and recreational concussion. In fact, sport related concussions (SRCs), a category of mild-TBI, are rarely evaluated by medical doctors, particularly in settings where athletic trainers are in charge of referral decisions.

SRC strongly affects children, accounting for 65% of all paediatric concussions, which represents 3.4 million cases treated in emergency departments in the USA between 2001 and 2012, with a lifetime incidence of up to 20%.2 Given this incidence, SRC represents a significant public health concern. In sight of alarming statistics about the incidence and prevalence of TBI, especially of mild severity, academic researchers and clinicians have recently increased their efforts to understand the pathology of TBI and its long-term consequences.

In this endeavour, there is a need to define new diagnostic tools (neuroimaging, biomarkers, etc.) that can more accurately identify TBI-derived injury, especially within the mild-TBI category. This would allow a better stratification of the patients and will give the possibility to study brain tissue changes after mild-TBI from an early stage, providing better management of children with mild-TBI, such as appropriate guidelines on when to return safely to school or to the playground. To achieve this we need a better understanding of the underlying molecular and cellular mechanisms of brain dysfunctions post-TBI. The Brain Molecular Imaging (BMI) team at CNRS/University of Bordeaux-UMR5287 aims to decipher the molecular and cellular changes underlying paediatric mild-TBI in hope of helping clinicians to provide a better care for children affected by TBI.

The Neurovascular unit and its roles in TBI pathophysiology

Paediatric TBI will result in long-term consequences, even for mild-TBI, with no treatment proposed to the patient. It is interesting to note from the clinical literature that brain vasculature dysfunction represents a common landmark in paediatric TBI in all severities. Obviously, the resulting changes in blood supply could have direct consequences on neuronal function and long-term outcomes.

In fact, brain oxygen and glucose consumption represents about 20% of the total body consumption, as much as 50% in the middle of the first decade of life. The cerebral blood vessels form a very dense network organised in a complex, fine-tuned microenvironment called the neurovascular unit (NVU) (Fig. 1). It is composed by the blood vessels (capillaries, arteries and veins), nurones, glial cells including microglia and astrocytes, pericytes and trafficking immune cells. Any changes in this physiological unit will impact on the neuronal activity and the outcome, and therefore a healthy brain vasculature is critical to keep efficient brain function.

However, it has been clearly demonstrated that in severe/moderate paediatric TBI, the BBB is damaged – associated with edema formation. This is paralleled with CBF disturbance, due to impaired dilation and contraction of blood vessels in response to neuronal activity.3 In a moderate/severe model of juvenile TBI, we previously showed long-term behaviour dysfunction with memory impairment to be associated with signs of neurodegenerative disorders like accumulation of protein beta amyloid, found in Alzheimer disease.4,5 In this model, the BBB is disrupted at one and three days after the injury. However, we observed alterations of the NVU up to six months after paediatric TBI, with perivascular extracellular matrix changes, and impairment of expression of several endothelial proteins like transporters.3,4

Our work suggests that a long-term dysfunction in physiological properties of the NVU may have a direct effect on the long-term behavioural outcome in moderate/severe paediatric TBI. In our team, we wondered whether these cerebrovascular changes are also present in the most common TBI, mild-TBI; that could contribute, for example, to the post-concussion syndrome observed in the clinic.

In a new, preclinical model of paediatric mild-TBI developed in our group, we observed early abnormal BBB hyper-permeability.6 This vascular alteration preceded the neuronal alterations in the white matter of the brain, which contains the fibres connecting several brain regions all together.6 The NVU alterations after mild-TBI include significant changes in the morphology and the physiological properties of the astrocytes. This observation raises the question of the consequences of these alterations on the brain properties and the behavioural outcomes. Interestingly, these NVU alterations can be picked up by new imaging modalities using Magnetic Resonance Imaging (MRI) techniques, such as diffusion tensor imaging. Diffusion tensor images show decreased thickness of white matter structures and changes in fibre directions even at 12 months post-TBI.

This work was carried out in a preclinical model of paediatric TBI corresponding to a 4-6 years old infant. Since the brain is rapidly growing during this period, it is difficult to extrapolate our observations to the adolescent brain. It becomes obvious that research on paediatric brain injury is complex and much needs to be done in order to improve early diagnosis and to find suitable treatments from the moment of the injury and continuing into the long-term.

With the EraNeT Neuron funding opportunity, two consortiums have been established: CNSAflame (co-ordinator Professor N. Plesnila, Munich, Germany) and TRAINS (co-ordinator Dr J. Badaut, Bordeaux, France). They are now in the process of testing new therapeutic approaches in different laboratories that lead the TBI research field. In these consortiums, molecular and cellular modifications are studied in various preclinical models and compared. The result of this work will be available to the rest of the research community in order to facilitate the development of new biomarkers for diagnostics and prognostics, as well as future treatments. These initiatives need to further develop in order to have an impact on the potential translation of discoveries from bench to bedside.