Ceylon Graphite is a publicly listed company focusing on the exploration and production of battery-grade graphite for commercial uses such as electric vehicles.

Ceylon Graphite’s mission is to be the pre-eminent global supplier of the highest value-added graphite products, while practicing environmental excellence and good governance.

To supply our battery-grade graphite we require an off-take agreement with an OEM, such as Tesla or Panasonic, in order to fund development of a processing facility at a development cost of approximately $60m.

While seeking an off-take agreement, we are in the enviable position of being able to significantly grow our cash flows through selling unprocessed graphite. We have ten mines in Sri Lanka that can be brought into production at a low development cost of $2m per mine, each of which would produce 5,000 tonnes per year.

Because we have high-grade vein graphite, that is direct-shipping ore (meaning no milling or tailing dam is required), we expect to have gross margins of 70% after royalties even at the low, unprocessed graphite price. Accordingly, by financing the first few mines into production, we expect to subsequently be able to grow out of free cash flows.

The generation of substantial free cash flows could assist in the development of a processing facility without significant shareholder dilution once an off-take agreement has been made. Once a processing facility is developed with the support of an off-take agreement, our revenue growth potential increases from $90m to $500m once all ten mines have achieved commercial production at a combined production rate of 500,000 tonnes per year. Production can increase incrementally thereafter.

We expect to meet all the requirements for an off-take agreement including: 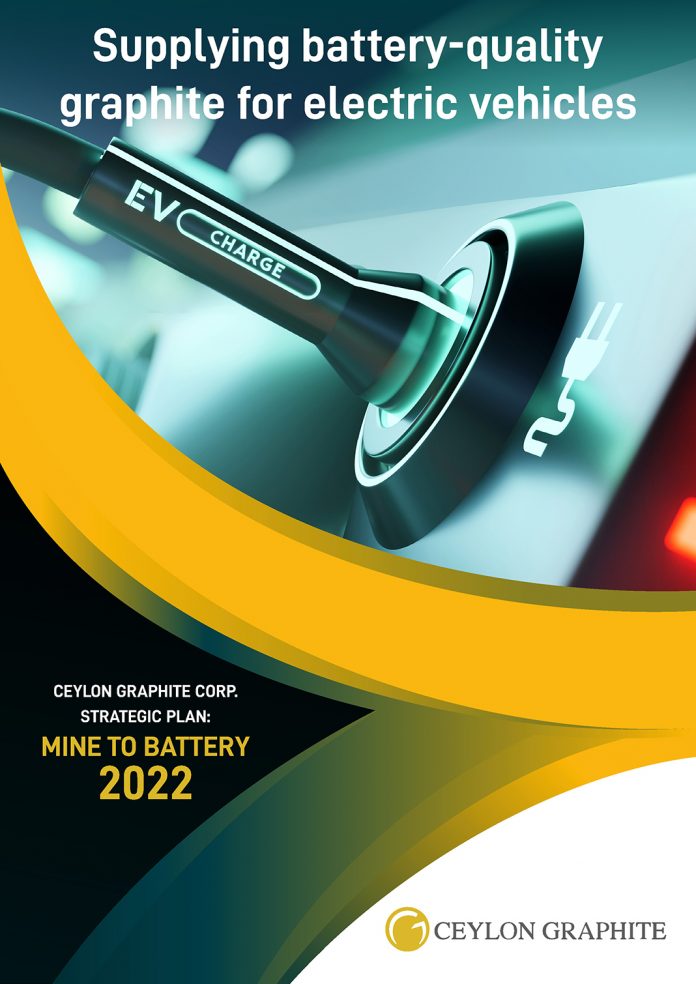 10th May 2022
Launch eBook More Details
In this eBook, Ceylon Graphite (CYL) discusses the groundbreaking advances made by its battery quality graphite. The demand for lithium-ion batteries is expected to climb...