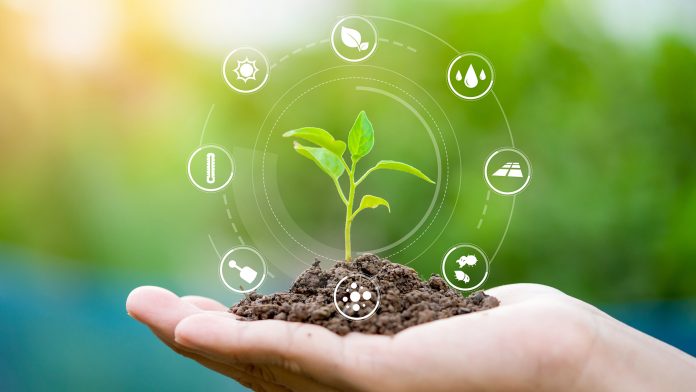 The FutureAgriculture Project explains how a new approach to synthetic photorespiration could help boost agricultural productivity without increasing CO2.

IN today’s world, one in seven people is malnourished. This situation is expected to worsen as the human population continues to increase. Feeding 10-15 billion people by the year 2100 is a tremendously challenging task that will only be met through the implementation of drastic measures to increase agricultural productivity. Photorespiration represents a big challenge in this respect because it limits plant growth. The EU-funded FET Open project FutureAgriculture therefore aims to design and engineer novel plant metabolic pathways that overcome the natural inefficiencies and support higher photosynthetic rate and yield.

FutureAgriculture aims to boost agricultural productivity by designing and engineering plants that directly overcome the deficits of natural photorespiration and support higher photosynthetic rate and yield. The resulting synthetic plants should carry out a more efficient metabolism that bypasses photorespiration without releasing CO2.

The new pathways are designed by combining existing or plausible enzymatic reactions, i.e. reactions that can potentially be catalysed by well-known enzymes or that follow a well-known mechanism. Computational power and chemical logic should help us to identify the most promising synthetic pathways – i.e., short pathways with low consumption of cellular resources. Once all the necessary enzymes, existing or engineered, are recruited, the selected routes are first tested in vitro, then in engineered bacteria that supports the evolution of the pathway activity, and later in simple photosynthetic organism, the cyanobacteria.

Only the most promising pathways are implemented in higher plants to finally monitor their effects on plant growth and physiology. Plant growth rate and biomass yield is expected to increase under various environmental conditions, thus paving the way for an enhanced agricultural productivity of crops like rice, wheat, barley, oat, soybean, cotton, and potato.

The team, composed of four research groups from renewed research institutes (the Max Planck Institute for Terrestrial Microbiology, the Max Planck Institute of Molecular Plant Physiology, the Weizmann Institute of Science, and Imperial College London) and two SMEs (IN srl and Evogene), collects the essential skills to cover the whole project: the design of the optimised pathways, their test in several platforms and, finally, their implementation in plants. 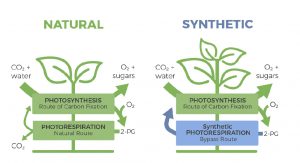 Five years of project: from in silico to in vivo

The five-year FutureAgriculture project started in January 2016. Over the last four years, the consortium has completed the in silico and in vitro phases of the project and has now moved towards the final in vivo phase: the implementation of the best pathways in photosynthetic living organisms, namely cyanobacteria and plants.

During the in-silico phase, the consortium has uncovered dozens of possible metabolic pathways to bypass native photorespiration without releasing CO2. Five such pathways were selected as being ‘highly promising’ as they succeed in bypassing the photorespiration with minimal consumption of cellular resources, minimal overlap with natural metabolism, and using enzymes that are either naturally available or are easy to engineer. The analytical search was made possible thanks to a novel software programme developed by the team at the Max Planck Institute of Molecular Plant Physiology that composes and characterises synthetic pathways.

For two of the best pathways, the teams from the Max Planck Institute for Terrestrial Microbiology and the Weizmann Institute of Science identified and engineered all the enzymes necessary to sustain the pathway activity.

With the team of enzymes identified, the pathways were then fully reconstructed in vitro, obtaining the first proof of principle that, at least in vitro, they improve CO2-fixation-metabolism.

The consortium then introduced the pathways in the selected organism that can perform photosynthesis. First, the team at the Imperial College London worked with cyanobacteria to evaluate the in vivo behaviour of the synthetic photorespiration pathways and so went on to build a custom CO2 monitor to characterise the advantages of the synthetic pathways over their natural counterparts. The quick lifecycle and simpler compartmentalisation of cyanobacteria makes them an ideal model organism to work with before moving into plants. So far, the team has successfully introduced two of the most promising pathways in cyanobacteria, where they seem to be beneficial for the organism growth under certain conditions.

Meanwhile, project partners at Evogene are carefully testing the performance of transgenic plants expressing enzymes of the two most promising pathways in two model plants; Arabidopsis thaliana (mouse-ear cress) and Brachypodium distachyon (purple false brome). Arabidopsis is used as a model plant for major dicot crops like tomato, soybean and potato, while Brachypodium is used as a model plant for important monocot crops such as wheat, corn, and rice. Preliminary exciting results are available for the first pathway tested in both Arabidopsis and Brachypodium. Plants expressing the full pathway have shown a significantphysiological/phenotypic advantage when grown under extreme drought conditions, which enhanced photorespiration compared to wild-type plants.

The FutureAgriculture team is still busy collecting several insights that might lead to the further optimisation of this pathway. In addition, experimental validations and phenotyping are currently being performed on other Arabidopsis and Brachypodium transgenic plants in the second tested pathway. The whole consortium is eager to see the results in vivo as they represent the culmination of many years work and will help to improve the selected pathways even more.

FutureAgriculture offers not just a simple improvement but a giant leap in agricultural productivity. Its solution can be achieved within a reasonable timeframe and it relies on genetic and metabolic engineering rather than on morphological or structural modifications.

The improvement of photosynthetic rate and yield via transgenic approaches has been a hot research topic for many years, these efforts have typically focused on introducing existing pathways into new plant hosts. FutureAgriculture adopts a radically different approach: the project systematically explores new pathways that cannot be obtained by the mixing and matching of existing, natural enzymes. FutureAgriculture takes this strategy to a new level by constructing de novo pathways within the very core of carbon metabolism.

This project has received funding from the European Union’s Horizon 2020 FET Programme under the grant agreement No 686330 (FET Open).