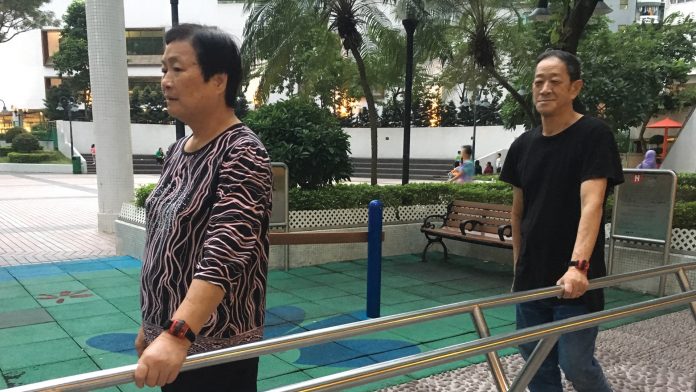 A cohort study in Hong Kong has examined the ways in which physical activity interacts with health and fitness.

Physical activity (PA) is a very important and potentially modifiable factor of health – especially in modern living, which has been greatly affected by automation. PA is likely to be equally important in older people, who are more likely to have chronic diseases and disabilities. However, there is lack of information surrounding how PA interacts with physical fitness, the types and doses of PA, and the clinical outcomes on which PA has greater influence.

To address these questions, one needs to rely on data in prospective cohort studies. In Hong Kong, our research centre has been conducting the MrOS and MsOS Hong Kong cohort study which was originally designed to examine the risk factors of osteoporotic fractures in older people. Between 2001 and 2003, we recruited from the community 2,000 men and 2,000 women aged 65 to 82 years. Detailed information about their health and lifestyle was collected at baseline and mostly repeated at years two, four, seven and 14.

Research into PA has commonly relied on self-reported questionnaires, which have limited validity because of recall bias. This is especially pertinent in older people, who have a higher risk of cognitive impairment or memory issues. In recent years, there has been a move towards continuous monitoring of physical activity using a wearable accelerometer. At our research centre, we have chosen to use the Actigraph GT3X accelerometer (Pensacola, FL, USA) worn over the wrist. The advantages are convenience of use and better acceptability by older subjects, which would hence improve wear compliance. At year 14 follow-up, wrist accelerometer data over seven days was available in 641 subjects.

We examined the association between PA as estimated by wrist accelerometers and incidence of falls in the year after the year 14 follow-up of MrOS and MsOS cohort study. Interestingly, we found that older people who were inactive or highly active had a twofold increase in fall rate when compared with those who were moderately active. Upon separating the accumulative nature of PA, bouted PA (PA accumulated in episodes of 10 minutes or more) was shown to have contributed to the significant finding. The effect of bouted PA on rates of falls were independent of other important fall-related risk factors such as fall history and cognitive function. This indicates that the most active older people were as much at risk of falling as the inactive.

Among those MrOS and MsOS study subjects who had wrist accelerometers data at year 14, 265 had normal cognitive function, 97 had mild cognitive impairment (MCI) and 21 had dementia according to Montreal Cognitive Assessment score and clinical examination. We combined this data with that of 217 subjects with early Alzheimer’s disease and 15 with MCI in another cohort study. When compared with subjects with normal cognition, the subjects with AD were less active and spent more time engaging in sedentary activities; but MCI subjects were not different from normal subjects in any PA parameters.2

The lack of association between MCI and PA may be due to the selection bias towards better cognitive function among those participating in follow-up. The subjects with later stages of MCI might have been under-represented in our sample. Further follow-up of the MrOS and MsOS study subjects may shed more light on the potential changes in PA in people with MCI.

PA may be limited by impaired lung function, which is common in older people. On the other hand, regular physical activity may help in preserving lung health as people age. We examined the association between lung function and PA in 364 older subjects without chronic lung diseases, half of whom were participants of MrOS and MsOS cohort study. It was found that older men with better lung function had higher activity counts, spent more time in bouted activities (more than five minutes at a time) and spent less time in sedentary behaviour.

To our surprise, there was no significant association between PA and lung function for women. A possible explanation for this is that physical activities in older women are more related to daily chores that they are committed to do irrespective of their exercise tolerance. Observational studies aiming to examine the effect of PA on lung function should take this sex difference into account.

PA will continue to be a major research focus for our centre. Our colleagues in Architecture has developed algorithms which can estimate the amount of green space and other environmental variables, based on home addresses and historical satellite data. By correlating these environmental variables and accelerometer data, one can gain more insight on how home environment may impact on the PA pattern of older people. The year 16 follow-up of the MrOS and MsOS cohort is due to start very soon. The prospective data particularly in accelerometers will inform on the factors of PA decline in the elderly.

All in all, the technology of accelerometer offers exciting opportunities to examine the potential influences of PA on health outcomes in older people. Our centre would welcome international collaborations in this important area of gerontological research.