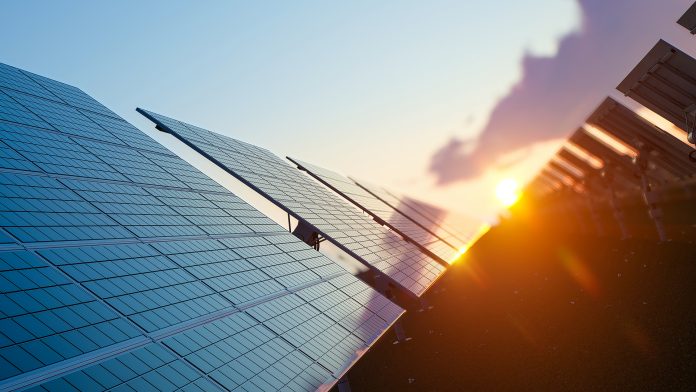 Hiden Analytical details its production of several manufacturing systems and tools that are required to study surface analysis.

Surface analysis is an increasingly important aspect of manufacturing. The surface is where chemical reactions happen, catalysis and corrosion take place, adhesives bond – and can catastrophically debond. Additionally, the exposed surface is where light is reflected, where interfaces are made, and where electrical contact occurs – making surface and near-surface chemistry critical to the modern world.

Hiden Analytical produce several products dedicated to the study of surface analysis, ranging from customised research systems to automated analysis tools for production. In this report, we look at some of the applications of these versatile instruments and how they are playing a part in the research and production of advanced materials.

Mass spectrometers effectively weigh atoms and molecules, usually from a gas, using electrostatic and/or magnetic fields. To measure a solid, its atoms must be broken free from the surface, effectively making it a gas.

Hiden Analytical produce a range of mass spectrometers for solid surface analysis which impact a beam of ions into the sample material, causing the ejection of the surface atoms. This process, known as sputtering, effectively converts the solid surface into a gas and it is these secondary ions that are analysed by the mass spectrometer. Secondary Ion Mass Spectrometry (SIMS) originally grew from the requirement to measure very small amounts (ppm) of impurity during semiconductor fabrication, but it now has applications across a wide range of industries and it is considered the most sensitive surface analysis technique.

Adhesive bonding is a major manufacturing technique that leads to reduced component count and lighter, stiffer, and more energy-efficient products and processes. However, for the glue to work, it must come into contact with the substrate – even a single layer of contamination atoms, such as from a silicone lubricant – is enough to cause a bond to fail.

The SIMS instruments built by Hiden are capable of detecting less than a single layer coverage of deleterious material and are thus vital to ensure that correct processes are developed for bonding. Where an adhesive joint has failed, SIMS is used to determine whether a contamination layer was present.

The ability to deposit very thin, uniform coatings on materials such as glass and plastics gives high technological advantages, whether it is anti-reflection coatings on spectacles or the complex multilayer systems used to reflect infra-red on huge, glazed buildings – keeping the heat out in summer and inside during winter.

Architectural glass coating is a crucial step in energy conservation and is required by law for new buildings in many countries. Nanometre-thick layers of pure silver and metal oxides are deposited across huge panes of glass. SIMS can be used to verify the ‘layer stack’, and when things go wrong, SIMS can quickly step in and determine where the fault lies. Then, the primary ion beam of the SIMS tool is scanned over a small square region of the glass and the sputtered atoms are measured. This exposes previously buried material, which itself is measured by the next pass of the beam. This method of surface analysis allows scientists to understand the composition of the film with nanometre precision.

Battery and fuel cell technology are deemed critical to fulfilling our environmental commitments. The Hiden EQS-FIB detector is specifically designed to fit onto market-leading focused ion beam (FIB) microscopes such as the Zeiss Crossbeam and Thermo DualBeam instruments. Unlike the EDX surface analysis method usually associated with electron microscopes, the Hiden SIMS can detect all elements, including light ones like hydrogen and lithium.

In addition, because it measures the mass of the atoms, it can distinguish between the different isotopes of an element. This important ability means that, by using an isotopically enriched material, SIMS can track the diffusion of elements. This leads to a better understanding of operating modes and thus improves capacity, longevity, and efficiency. For instance, in fuel cell research, hydrogen can be replaced with deuterium and oxygen by the stable oxygen-17 isotope. This makes it possible to image used cells to determine regions where the working gasses are immobile and causing efficiency loss.

Lithium detection is extremely efficient using SIMS (at the sub-parts per million level) and this allows battery components, such as the separators, to be investigated in microscopic detail using imaging SIMS on the FIB microscope.

Corrosion is generally an undesired surface chemical reaction and can occur not only on metals but also on plastics. Because SIMS is highly surface sensitive and can record the variation of chemistry with depth, with nanometre precision, it is the ideal technique to investigate corrosion.

Using a caesium-ion beam to bombard the surface, the Hiden SIMS Workstation collects positive secondary ions, comprising of caesium, attached to the unknown elements from the sample. This CsM+ (where M is the element of interest) protocol allows corrosive species such as oxygen or chlorine to be detected at the same time as the base metal alloy, resulting in high dynamic range depth profiles. The progress and chemistry of corrosion become critically important when looking at the surfaces of medial implants, such as replacement joints and stents. SIMS can easily detect changes in the protective oxide layers on the stainless steel used in medical implants, allowing researchers to better understand the behaviour of these material systems in the body.

Silicon chips are central to the way we live today and are among the most complex systems on the planet. A single processor can have up to one billion transistors each, with dimensions measured in only tens of atoms.

Quantum lasers used for fibre-optic communication are formed with multiple layers of materials only a few atomic planes thick. SIMS tools, such as the Hiden SIMS Workstation, can detect the low concentrations of deliberately introduced impurities, known as dopants, that are the functioning part of the device.

SIMS is used throughout the production process, from initial research on the silicon and gallium arsenide and gallium nitride substrate materials, to the coatings and wire bonding systems used to get electrical signals in and out of the chip.

The ability of semiconductors to directly convert sunlight into electricity enables clean energy to be produced with no moving parts. Solar cells are made using a wide variety of chemistries each tailored to requirements of efficiency, cost, longevity, or aesthetics. The common factor is that they are produced as large area structures comprising a complex stack of layers of a few nanometres to a few microns thick and with stringent requirements for composition and impurity levels.

SIMS is the perfect surface analysis tool for solar cell research and development, having both detection sensitivity and depth resolution. The Hiden SIMS Workstation is employed in a product development and failure analysis environment, as a cost-effective means to measure the layer chemistry. Solar cells are exposed to high levels of ultra-violet solar radiation and extremes of temperature and weather, and this can have a detrimental effect on many materials, gradually eroding the efficiency of the cells.

SIMS is a unique tool in the field of surface analysis. It is able to monitor the diffusion of chemicals through the solar cell layers, for instance, sodium from a glass substrate, and also surface corrosion in the optical coatings used to optimise performance.

VRX Silica explores the impending shortage of silica sand, the need for responsible sourcing, and why the company’s three multi-decade silica sand projects in...
Read more