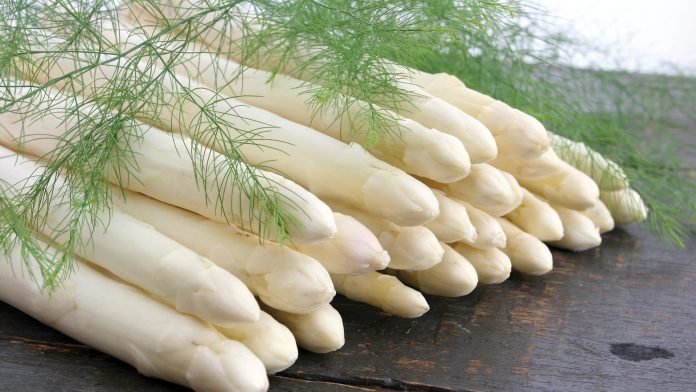 An increasing number of robots and drones are being used in order to form the agriculture workforce of the future, thus reducing labour costs, increasing efficiency and potentially eliminating the risk of damage to crops, of which is a prevalent concern in the harvest of asparagus. Predominantly, white asparagus is still manually harvested, reducing the difficulty of finding workers and increasing the quality of the harvested crop. Founded in 2014 by Ad and Marc Vermeer and Thérèse van Vinken, Cerescon specialises in the development, production and marketing of its innovative machine, Sparter, which performs selective harvesting of white asparagus.

Sparter harnesses a patented underground detection method to harvest asparagus before it rises above the ground, reducing the likelihood of violet discolouration and asparagus with open heads being harvested. Moreover, the innovative machine can produce higher yields for farmers through its underground detection method, as a result producing fewer losses. To date, manual harvesting can cause complications, whereby asparagus may become curved, subsequent to damage of the sand bed. Innovation News Network spoke to Cerescon’s Thérèse van Vinken and Ad Vermeer about how their selective harvesting machine will revolutionise asparagus harvesting for farmers across Europe.

What do you think the landscape of asparagus farming could have looked like without innovative technologies such as Sparter?

If asparagus harvesting is not automated, then the asparagus farmers and, in turn, the asparagus crops, will disappear from Europe forever. The margins are decreasing, whilst farmers are increasingly considering moving towards countries with lower labour costs.

10-15 years ago, it was people from Poland that came over to Germany, the Netherlands and France to do the harvesting. For the most part, you can’t get people from Poland anymore, it’s now people from Romania or the Baltic countries. As their economies grow, those people are debating why they should work so hard and far from home, when they can find a job in their home country, as countries like Poland are increasingly growing asparagus themselves. Why would you travel to Germany or the Netherlands if you can work in your home country? If the future of asparagus farming is not automated, then it will be still, forever.

What are the advantages of Sparter compared to earlier selective harvesting solutions?

Selective harvesting is extremely complex. It has been attempted three times before and it always failed, which is almost working against us. Some farmers question why it will work this time. But it will work because Sparter uses a completely different technology: we detect the asparagus sub-surface and that’s the uniqueness of our machine. By detecting it sub-surface, we offer a few advantages:

Harvesting this way, with our three-row machine, the farmer can replace up to 65-70 manual workers, which can bring the cost of harvesting back to approximately 50% of what it would be with manual harvesting. (https://youtu.be/9d8-Xh7ZgyE)

What is the payback time of a machine for a farmer?

The payback time differs for the various situations. Without including yield increase in the payback calculation algorithm, one can roughly say that a three-row machine has a payback time of 3 to 4 seasons. Of course, with the restriction that the farmer has enough hectare’s asparagus and that the distance between the fields is not too large.

If we include 15% extra yield in the payback calculation, the payback time goes back to two seasons. For a two-row and a one-row version, payback is respectively three and four seasons, taking extra yield into account.

As aforementioned, the payback time differs enormously. Therefore, Cerescon has developed a payback tool to calculate each individual situation. We try to be as realistic as possible for each farmers situation. For example, we advise the farmer never to plan for the machine to work 24 hours a day because there will always be a moment that it needs some maintenance, or where it has a small failure and needs resetting. We calculate for a maximum of 18 out of 24 hours, which equates to a double shift. Planning this way also allows for a machine capacity increase when circumstances request that, for example, in very hot weather when the asparagus suddenly has a fast growth spurt.

Sparter is developed using Ad Vermeer’s integral machine development method. Ad Vermeer has developed machines for the most of his life. His philosophy is that, firstly, you need to have something which is so unique that you can patent it.

In the past, selective harvesting developments were always done with vision (using a camera). But with vision, you see the asparagus when it rises above the ground and then, by definition, you’re too late. We detect sub-surface by using a proximity sensor: we inject an electrical signal into the ground and as soon as that sensor comes close to an asparagus, the current goes up and subsequently identifies an asparagus. But then, we quickly retract the probe, which houses the sensor, so that it doesn’t touch the asparagus. We then use a robot cutting knife on ground level to hover over the asparagus and it removes the asparagus in a single movement. The robot is not only the cutter but also the picker, and that is also a patented solution.

Each row has two cutting knifes to increase the capacity. When the robot’s cutting knife goes into the soil to harvest an asparagus, the tractor pulling the machine continues. The knife, therefore, must move with the same speed as the tractor, but then in the opposite direction to stand still relative to the outside world. This requires a high-tech solution. When one knife cuts, the other knife can lay an asparagus on the conveyor belt.

Then we have a sand bed recovery module. Once the asparagus has been removed, you leave a hole in the sand, but by restoring the sand bed – so that the density is consistent everywhere – the next yield of asparagus will be homogenous to the last. If a hole is left in the sand, then the next asparagus which grows there will grow curved. To have an integral machine concept, we also had to address plastic handling. If the plastic had to be removed and put back by hand, it would increase the manual support significantly.

Also, a fast way to turn at the end of a row is necessary. Imagine a machine that moves with a speed of 1.8 km/h, it would take 1000 seconds to harvest a 500-metre asparagus bed. Turning at the end of the row should not take more than 100 seconds, otherwise, we lose more than 10% or the machine capacity. All these aspects are part of an integral machine concept – Ad Vermeers specialism.

Agricultural robots and drones are increasing in prominence. What could the future of selective harvesting for other crops look like considering your technology?

As far as we know, all selective harvesting in the world is still done manually, although there are a lot of projects, feasibility studies, project prototypes, or collaborations between universities and engineering companies ongoing. Yet, as far as we have seen, there is not a machine which is commercially available on the market for selective harvesting, regardless of whether it harvests grapes, apples, blueberries, mushrooms, cucumbers or tomatoes.

The technology which we have for detection, can not only be used for sub-surface detection, but could potentially be used for those crops which grow above ground – using those sensors which pass the crop in close proximity. This is based on the logic that asparagus guide the current, but we haven’t yet tested this alternative solution out.

Of utmost importance is the philosophy of how you approach such a problem. In this case, uniqueness was used – the fact that the asparagus can guide the current. But imagine that we have something else, such as apples or cucumbers; if you identify the uniqueness of that crop, you can find a new technology for its harvest. In the past, as I mentioned, selective harvesters used vision, which potentially could have worked, but you need to make a concept for the whole machine and have a philosophy for the entire system. Firstly, build it large and fast – that’s for a limited part of the market. Later, you make it lighter and smaller. One example is the drone; the drone started its technological development as a large military helicopter, from there it was made smaller and, as a result, it became the more affordable and accessible drone.

What priorities and technology will Cerescon be focusing on going forward?

We have initiated the whole development process from the outset in close co-operation with some very large asparagus farmers in the Netherlands and Germany who form our user group. They are extremely important for Cerescon. Our user group visits us around three times a year. Of course, in the beginning they had to sign a non-disclosure agreement, as they were not allowed to talk about it. For every technical solution we thought of, we discussed it with them in terms of what it would mean for the application and their remarks were varied, whether that be the solution being dangerous or impractical.

As an example, we thought we should have a large machine pulled by a tractor, therefore, only a tractor driver would be needed. However, one of our user group members said that he would never leave the machine in the fields with only one person, owing to the potential risks of machine malfunction or an accident with no help around. As a result, we concluded that if there is always someone manning the machine, then some of our solutions could be solved in a simpler way because that person can act on any complications which may arise. Every time we’re doing it in close co-operation with asparagus farmers and a contractor, as we have always received application information which is extremely valuable.

Beside asparagus farmers and contractors, from the very beginning we have also involved Wageningen University and Research, the Netherlands, which is rather famous when it comes to agriculture. Moreover, asparagus breeders who cultivate new asparagus varieties were also involved. We did it all in very close co-operation with the market, with researchers and with those who have application knowledge; I think that is what makes Cerescon unique, whereas in the past, asparagus farmers were the ones who sought to build selective harvesters on their own, or engineering companies who sought to build them without farmers.

How can we establish EU domestic rare earth supply chains?

Researchers at the University of Geneva have studied the psychological barriers to electric vehicle adoption, finding that underestimating battery autonomy is a significant obstacle...
Read more

Power Nickel focuses on the acquisition and exploration of mineral properties that offer the potential for mining high-grade nickel. The price per tonne of nickel...
Read more