The Queen’s Mine: Securing the supply of crystalline vein graphite 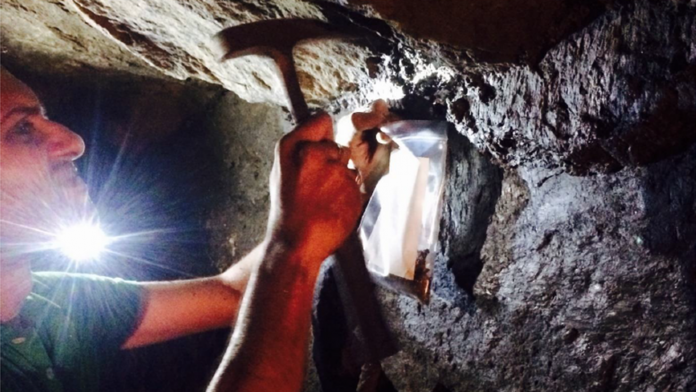 RS Mines are proud to represent the Queen’s Mine – recognised as the world’s highest quality source of crystalline vein graphite.

Trained as an engineer, Sheriozha Anthony Wijekoon is a founding Director of RS Mines (PVT) Ltd (Sri Lanka), owner and operator of the Queen’s Mine. Following the passing away of his father and joint co-founder, he earned the position of Executive Chairman. Being involved in RS Mines’ inception, he assisted throughout exploration, purchasing the freehold mining premises, license applications and renewals, and engaging with potential clients and universities to collaborate in research and development. Mr Wijekoon has served on the RS Mines (PVT) Ltd board for over 14 years.

Based in Sri Lanka, Mr Wijekoon has led the corporate structuring and development of the company’s strategic vision. On a practical level, he has initiated contact with all stakeholders and created communications and development with professional mining bodies, regulatory bodies, clients, universities, academics, and mining professionals.

Graphite extracted from the Queen’s Mine has been analysed by highly qualified materials and graphene experts worldwide. All have commented that our natural, high carbon, highly crystalline, vein graphite has superior characteristics over amorphous, flake and synthetic graphite types.

China produces a synthetic 99.99% graphite powder, though, through the synthesis process, the material produced is weak compared to our natural crystalline vein graphite ore.

Many graphite companies provide a 90-99%+ carbon content graphite. However, they produce this through chemically bonding lower grades of graphite together. Natural crystalline vein graphite of the highest purity will always give the edge in performance, whatever your application may be.

Currently, we mine at our flagship Queen’s Mine. Drilling and exploration have approximated a reserve of a minimum of 106,047 tons in each 120 metre-depth section of the Queen’s Mine anomaly.

RS Mines maintains excellent relations and collaborates closely with the Geological Survey and Mines Bureau of Sri Lanka (GSMB). We extend our thanks to the GSMB for their continued support of RS Mines’s work to benefit Sri Lanka and its people.

The Queen’s Mine – current operations and physical characteristics

With numerous scans, including VLF and VTEM (courtesy of Bora Bora Resources ASX: BBR), these scans, coupled with the first round of drilling operations, have allowed for perfect deep mine planning. From the initial round of drilling, we have identified an indicated and predicted reserve of a minimum of 106,047 tons in the top 120 metres. This drill programme, covering 1/3rd of the anomaly area from the VTEM survey, results show signs of a similar reserve to that of Kahatagaha Graphite which has been mining for over 155 years. Historically, this mine extracts over 3,000 tons per month, equating to over 5 million tons of natural Sri Lankan crystalline vein graphite through its 140 year period. It is still mining to this day. With a carefully planned mining programme, the Queen’s Mine production levels are plentiful and growing, with ore grades ranging from 80%-99.99% or over, with natural HOPG (Highly Oriented/Ordered Pyrolytic Graphite) holding no impurities at 100% Carbon.

The total area of the Queen’s Mine measures over 12 acres, with the mine’s altitude at 360 metres above sea level. Graphite veins run in an East-West direction, and the lower the depths, the thicker the graphite vein becomes. Veins can measure many metres in thickness, and ‘pockets’ of graphite can be as large as detached houses. The miners call these pockets ‘Mine-rang-Aliya’, which means ‘graphite elephant’.

Graphite in high demand for electric cars and grid-scale energy storage
Graphite is a perfect anode and has dominated the anode materials since the birth of lithium-ion batteries (LIBs), benefiting from its incomparable balance of relatively low cost, abundance, high energy density, power density, and very long cycle life. Recent research indicates that the lithium storage performance of graphite can be further improved, demonstrating the promising perspective of graphite and in future advanced LIBs for electric vehicles and grid-scale energy storage stations. We are presently collaborating with Sheffield University, The Faraday Institute, Innoniq Technologies and The Indian Institute of Technology to develop battery anode material specifically designed for electric vehicle energy storage devices.

We have recently concluded our initial testing parameters with Sheffield University that compared our product to that of Imerys. The report concluded that:

The full testing analysis report by Sheffield University titled: ‘Statistical Comparison of the Baseline Mechanical Properties of Imerys and RSM Graphite’ is available to view via our RS Mines website.

Currently, the Queen’s Mine is extracting 10 – 20 tons per month. RS Mines is now planning and ramping up production to 100 tons per month via further comprehensive scanning and drilling programmes. RS Mines extracts what can be said to be the best form of graphite in the world, natural Sri Lankan, high purity carbon, crystalline vein graphite. Clients worldwide have praised the quality of graphite extracted from the Queen’s Mine, with the bulk having a purity of over 97%, hitting highs of over 99% with a highly crystalline structure. In a recent collaboration with the Toyota Technological Institute of Japan, we were able to visualise perfect graphene sheets via SEM and STM analyses.

RS Mines is now executing further VLF scanning over the Northern section of the Queens Mine anomaly, and the second round of drilling will follow this. While all these tasks are being executed, the main shaft inside the Queen’s Mine will continue its progress and extraction.