Reducing food waste in the EU 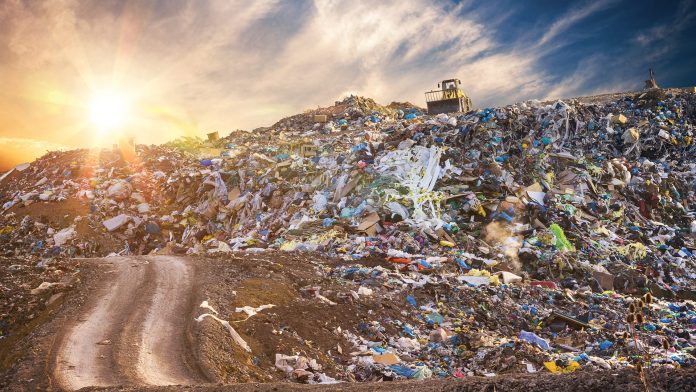 Innovation News Network covers ways in which the European Commission is working towards reducing food waste.

Fusion, a 2016 research project funded by the European Commission, revealed that between a third and a half of the world’s food production is not consumed; and that this leads to negative impacts throughout the food supply chain, including households. The project surmised that reducing food waste was “an issue of importance to global food security and good environmental governance, directly linked with environmental (e.g. energy, climate change, water, availability of resources), economic (e.g. resource efficiency, price volatility, increasing costs, consumption, waste management, commodity markets) and social (e.g. health, equality) impacts.”

“There is a pressing need to prevent and reduce food waste to make the transition to a resource efficient Europe,” the project authors added in their publication “Estimates of European food waste levels.”

The project also revealed that some 88 million tonnes of food waste are generated annually in the EU with associated costs estimated at €143bn. Commenting on this, the European Commission said: “Wasting food is not only an ethical and economic issue but it also depletes the environment of limited natural resources. By reducing food waste we help achieve the EU’s sustainable development goals.”

The Commission also posits that as food waste alone generates about 8% of global greenhouse gas emissions, reducing food waste and associated losses could potentially contribute to the fight against climate change; while the redistribution of food could help to eradicate hunger and malnutrition – “some 43 million people in the EU cannot afford a quality meal every second day,” the Commission says.

The EU and its Member States are committed to meeting Sustainable Development Goal (SDG) 12.3, adopted in September 2015, which sets a target for Member States to halve per capita food waste at the retail and consumer level by 2030, and reducing food losses along the food production and supply chains. As the Commission itself acknowledges, everyone involved in the food chain have a role to play in preventing and reducing food waste, from farmers and food manufacturers and processors, to those in the hospitality sector and retailers, and ultimately, consumers themselves.

The Communication on Circular Economy called on the European Commission to establish a platform dedicated to reducing food waste in order to support progress towards reaching this SDG and, following on from this, the EU Platform on Food Losses and Food Waste (FLW) was established in 2016, bringing together EU institutions, experts from the EU countries and relevant stakeholders selected through an open call for applications. The platform aims to support all actors in:

Speaking at the fifth meeting of the EU Platform on Food Losses and Food Waste, European Commissioner for Health and Food Safety Vytenis Andriukaitis said: “With the support of this platform, the EU has made significant headway since 2016, implementing a number of food waste prevention actions laid down in the Circular Economy Action Plan. And while we should be proud of this progress, the best – I believe – is yet to come.”

The Commissioner also explained that the EU will soon have new and consistent data on food waste levels as a result of the introduction of the revised waste legislation in May this year (including specific measures on reducing food waste), which he described as being “essential to guide effective action.”

Progress has also been made towards the facilitation of food donation and the valorisation of food as safe for animal feed but unmarketable for human consumption as a result of the Platform. Andriukaitis went on: “The EU guidelines adopted in these respective fields provide much needed clarity.

“Firstly, they will help redistribute food to those in need, addressing food poverty. Secondly, they will generate new, safe feed materials for animal nutrition. Taking this forward, we are now pursuing, together with Platform members, a three-year pilot project to support spread and uptake of the EU food donation guidelines.

“The platform is also helping the Commission examine ways to improve the use and understanding of date marking – to ensure ‘use by’ and ‘best before’ dates are more consistently applied throughout the supply chain and better understood by consumers.”

He also revealed that a task force is currently preparing technical guidance to help food business operators and control authorities use date marking more consistently, with a clear distinction between the two. The Commission’s aim here is to ensure that use by dates are only used when there is an established food safety concern.

Within the platform, work is ongoing to define good practice in managing and reducing food waste; which Andriukaitis explained is “an important part of the ‘target, measure, act’ process, an evidence-based approach recommended by the Champions 12.3 coalition – of which I am part.”

At its latest meeting, this coalition reviewed global progress towards SDG 12.3 and the 2018 Progress Report. The Commissioner argued that it is clear is that “while momentum is growing, and progress in 2018 is promising, we need to do more – move ‘more boldly and quickly’ to meet the target of reducing food waste by half by 2030.”

Andriukaitis highlighted some of the pertinent findings from this report, which included:

“But we need more to report data and work with their suppliers towards reducing food waste and waste in their operations,” the Commissioner said.

Properly quantifying waste is crucial in the efforts to monitor and inspire change, he added, explaining that new measurement obligations in the revised waste legislation in the EU have been implemented and that they require Member States to monitor and report on food waste at each stage of the food supply chain.

“The Commission is supporting this by developing clear measurement methodology. This will be adopted by the end of next March. First reporting by Member States is foreseen in 2022,” Andriukaitis went on, before explaining that “the launch of the online Food Atlas will make it easier for governments and companies to find existing data and post their own food loss and waste inventories.”

The role of research and innovation in reducing food waste was also highlighted by the Commissioner in his speech at the platform’s meeting. And while, in many instances this requires “investment to get the ball rolling,” the Commission supports these efforts “across different policy areas, using various funds.” Some €100 million has been invested under Horizon 2020 for research and innovation projects to reduce food waste; and these projects have targeted a range of areas, including “studying and directly targeting citizens and consumers, to developing novel packaging solutions to extend product shelf-life, to technological innovation to improve valorisation of food waste,” Andriukaitis said.

He also mentioned that the Commission is now implementing a food systems approach in EU Research and Innovation policy through the FOOD 2030 initiative, that the LIFE programme has now funded 40 projects aimed at reducing food waste worth a total of €34 million; and that EU regional funds, the Common Agricultural Policy and the digital agenda also offer funding opportunities.

Bringing his presentation to a close, the Commissioner told his audience that the delivery of the 2030 Sustainable Development Agenda requires a more sustainable food production and consumption model where food waste has no place, and that “healthy and sustainable diets must be our goal for the future. I am confident this platform will continue to support the important progress we are making.”

As such, there is a clear need for what he described as “an approach to reducing food waste based on a ‘network of networks’, linking together the various actors in different fields, connecting actions, awareness, education.”