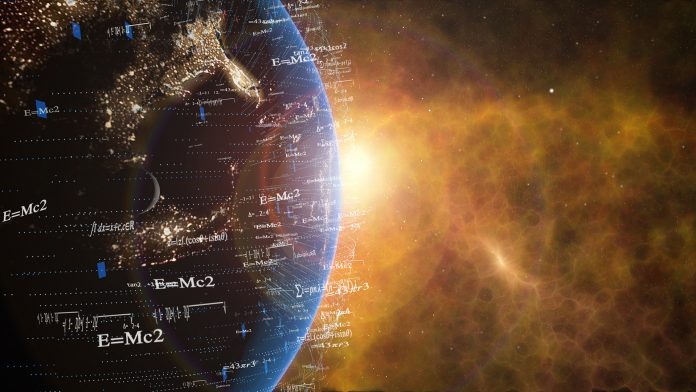 An international research team have conducted a 16-year long experiment with the aim to challenge Einstein’s theory of general relativity.

A research team from the University of East Anglia and the University of Manchester have collaboratively utilised seven radio telescopes across the globe to investigate a pair of extreme stars called pulsars. They used them in order to challenge Einstein’s most renowned theory of relativity, with some of the most rigorous tests yet.

The study reveals new relativistic effects that have been observed for the first time. Dr Robert Ferdman, from UEA’s School of Physics, said: “As spectacularly successful as Einstein’s theory of general relativity has proven to be, we know that is not the final word in gravitational theory.”

More than 100 years later, scientists around the world continue their efforts to discover weaknesses in his theory. General relativity is not compatible with the other fundamental forces described by quantum mechanics. Therefore, it is important to place the most stringent tests upon general relativity to determine how and when the theory breaks down.

“Apulsaris a highly magnetised rotating compact star that emits beams of electromagnetic radiation out of its magnetic poles,” explained Dr Ferdman. “They weigh more than our sun, but they are only about 15 miles across, so they are incredibly dense objects that produce radio beams that sweep the sky like a lighthouse. We studied a double pulsar, which was discovered by members of the team in 2003 and presents the most precise laboratory we currently have to test Einstein’s theory. Of course, his theory was conceived when neither these types of extreme stars, nor the techniques used to study them, could be imagined.”

The double pulsar, as its name suggests, consists of two pulsars which orbit each other in 147 minutes with velocities of about 1 million km/h. One pulsar spins very fast at about 44 times a second. The companion is young and has a rotation period of 2.8 seconds. It is their motion around each other that can be used as a near perfect gravity laboratory.

Seven sensitive radio telescopes were used in the researchers experiment to observe this double pulsar, in Australia, the US, France, Germany, the Netherlands and in the UK with the Lovell Radio Telescope.

“We studied a system of compact stars that is an unrivalled laboratory to test gravity theories in the presence of very strong gravitational fields,” said Professor Kramer. “To our delight we were able to test a cornerstone of Einstein’s theory, the energy carried by gravitational waves, with a precision that is 25 times better than with the Nobel-Prize winning Hulse-Taylor pulsar, and 1000 times better than currently possible with gravitational wave detectors.” He explained that the observations were not only in agreement with the theory, but they also highlighted our ability to now discover effects that we were unable to in the past.

The results of the discovery

Professor Benjamin Stappers, from the University of Manchester, explained: “The discovery of the double pulsar system presented us with the only known instance of two cosmic clocks which allow precise measurement of the structure and evolution of an intense gravitational field. The Lovell Telescope at the Jodrell Bank Observatory has been monitoring it every couple of weeks since then. This long baseline of high quality and frequent observations provided an excellent data set to be combined with those from observatories around the world.”

“We follow the propagation of radio photons emitted from a cosmic lighthouse, a pulsar, and track their motion in the strong gravitational field of a companion pulsar,” further explained Professor Ingrid Stairs from the University of British Columbia at Vancouver. “We see for the first time how the light is not only delayed due to a strong curvature of spacetime around the companion, but also that the light is deflected by a small angle of 0.04 degrees. Never before has such an experiment been conducted at such a high spacetime curvature.”

Such a fast orbital motion of compact objects such as these, that are about 30% more massive than the Sun, allows us to test seven different predictions of general relativity. “Apart from gravitational waves and light propagation, our precision also allows us to measure the effect of time dilation that makes clocks run slower in gravitational fields,” explained Professor Dick Manchester from Australia’s national science agency, CSIRO. “We even need to take Einstein’s famous equation E = mc2 into account when considering the effect of the electromagnetic radiation emitted by the fast-spinning pulsar on the orbital motion. This radiation corresponds to a mass loss of 8 million tonnes per second.”

The researchers also measured, with a precision of 1 part in a million, that the orbit changes its orientation. This relativistic effect is also well-known from the orbit of Mercury, but here it is 140,000 times stronger. As a result, they realised that at this level of precision they also need to consider the impact of the pulsar’s rotation on the surrounding spacetime, which is dragged along with the spinning pulsar.

Precision tracking of the rotations of the neutron star

Dr Norbert Wex from the MPIfR, another main author of the study, said: “Physicists call this the Lense-Thirring effect or frame-dragging. In our experiment it means that we need to consider the internal structure of a pulsar as a neutron star. Hence, our measurements allow us for the first time to use the precision tracking of the rotations of the neutron star, a technique that we call pulsar timing to provide constraints on the extension of a neutron star.”

The technique of pulsar timing was combined with careful interferometric measurements of the system to determine its distance with high resolution imaging, resulting in a value of 2400 light years with only an 8% error margin. Team member Prof Adam Deller, from Swinburne University in Australia, who was responsible for this part of the experiment, said: “It is the combination of different complementary observing techniques that adds to the extreme value of the experiment. In the past similar studies were often hampered by the limited knowledge of the distance of such systems.”

However, this is not the case here, as in addition to pulsar timing and interferometry, the information gained from the effects of the interstellar medium were also carefully considered. Professor Bill Coles from the University of California San Diego agreed: “We gathered all possible information on the system and we derived a perfectly consistent picture, involving physics from many different areas, such as nuclear physics, gravity, interstellar medium, plasma physics and more.”

“We have reached a level of precision that is unprecedented. Future experiments with even bigger telescopes can and will go still further,” Prof Kramer added. “Our work has shown the way such experiments need to be conducted and which subtle effects now need to be taken into account. And, maybe, we will find a deviation from general relativity one day.”