Safely integrating drones into air traffic: soon to be a reality? 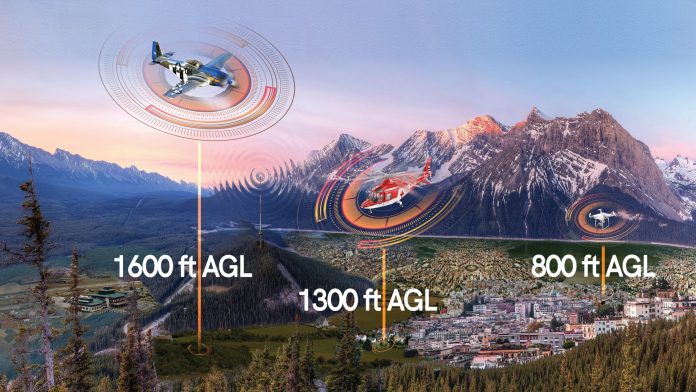 INVOLI is the missing link between sharing the sky among all air traffic and enabling the drone revolution of tomorrow.

Drones have become ubiquitous in our everyday lives, with advanced capacities helping humans with aerial photography and videos, in search and rescue operations hazardous for humans, in precision agriculture, 3D mapping, surveillance, wireless access networks in remote areas etc. However, this comes at the price of increased danger in the sky, especially with regards to drones’ safe integration into today’s aviation world, as illustrated by the recent Gatwick incident where the airport runways had to be closed and all flights diverted after a drone was spotted in the airport perimeter. This cost the airport millions.

Indeed, the sky is filling up with more and more flying objects and the collision risk between a drone and an aeroplane has become inevitable. Authorities’ answer is to enforce no-fly zones for drones, especially around airports and cities – often the most interesting areas for businesses. Also, the most exciting and profitable drone applications are still blocked; their full deployment depends on future air traffic regulations which will have to match the new use case of autonomous drones and provide an appropriate response to safety risk.

A system allowing for the full and seamless integration of manned and unmanned aircraft in all parts of the airspace is essential. Unmanned traffic management (UTM) systems will emulate the successful implementation of air traffic management achieved in the past 100 years, except they will need to do it for 10 times more drones and in just a few years.

This tantalising challenge is being tackled by governments and industry alike in a comprehensive effort: Europe launched U-Space to implement pan-European UTM standards and protocols, for instance. This will trigger the rise of a wide range of services beneficial to the drone ecosystem along with the development of the most exciting drone applications, such as drone taxis, drone delivery etc., and opening the door to tomorrow’ smart cities.

The missing piece of the puzzle

INVOLI provides the currently missing air traffic data to drones, even at low altitude, so they can be empowered to become fully autonomous. This is achieved by the development of a network of in-house ‘Micro Control Towers’ which act as sensors to collect information on the position of surrounding manned air traffic, especially the ones using the lower air space (<150m). Such information is shared with users over the dedicated INVOLI online platform so as to enable unmanned air traffic management, automatic collision avoidance, and sky awareness.

Technically, such information can be directly integrated in the drone or in the UTM software used by the drone operators, automatising to the last degree the use of our data. This data is totally unique, and represents our differentiator and our niche; it can benefit drone operators, aircraft flying below 2,000 feet (general aviation, mainly helicopters), UTMs, and authorities, to name just a few.

The goal is to collect real-time LAATD (Low-Altitude Air Traffic Data) in the most comprehensive manner possible. Currently, INVOLI gathers identification signals (ADS-B, aircraft transponders or FLARM), processes them, and displays them. Soon, non-co-operative systems will also be detected. Therefore, anyone flying and connected to the system can access that information in real time.

Why is that essential?

Either the pilot can react to an incoming threat in advance when he sees an aircraft on the platform which is on a collision course with his drone, or this information could even be sent directly to the drone and entirely automatic collision avoidance strategies implemented. This would enable the rise of many autonomous drone applications which are currently blocked and thus enable tomorrow’s drone revolution. This solution has the potential to offer a win-win situation for all stakeholders, namely regulators, businesses, and the public through a comprehensive solution.

INVOLI is based on three principles.

The power of redundancy

Such a disruption of our activities as we currently know them can only happen if drones are properly and safely integrated into the airspace, with a security that can be guaranteed at least as high as the one from aviation (‘Average Probability per Flight Hour for Catastrophic Failure Conditions of 1×10−9 or ‘Extremely Improbable’). This entails mature safety systems with the following characteristics:

This highlights the urgent need for a coherent EU regulation enabling very widely drone operations whilst keeping the risk to an extreme minimum by adding multiple and complementary levels of security on the drone.

The Swiss success case to be extended to Europe

INVOLI have already deployed a proof-of-concept in partnership with Swisscom, which comprises a mature prototype deployed to cover an 8,000km2 of territory. The validity of our product has been confirmed through large-scale tests with all relevant stakeholders, including drone operators, drone manufacturers, and aircraft pilots (see: www.drones.swisscom.com) and it incorporates feedback from sky authorities, sky regulators, and professional drones’ associations.

By 2019, the rest of Switzerland will be fully covered with our technology, providing the first large-scale view of the air traffic at low-altitude and enough leverage to expand internationally and support safe drone operations on a wider scale.

INVOLI answers the need for extremely fast scale-up to meet the expected number of drones in the very near future (a few tens of millions in less than five years, which is a number of orders of magnitude higher than the entire airplane fleet in the world). It is also comparatively non-expensive, with any other existing solutions often ranging in the tens of millions of dollars for small areas. Finally, our system has the capacity to grow internationally relatively quickly since it does not require any authorisation from the national Communications Regulator Department and can be easily integrated into any local regulation framework.

INVOLI will grow alongside European regulations to enable autonomous drone applications and unleash their full potential. By providing never achieved before performance at a fraction of the cost, automatising repetitive jobs efficiently without compromising on security and opening entirely new business doors, we are at the verge of a technology revolution that some compare to the advent of the electrical motor and the internet revolution: the drone revolution.

With cities becoming denser, more connected, and more autonomous, they increasingly rely on technology to connect everything in order to increase quality of life: from traffic management to power grid to utilities, drones are an integral part of this future, and INVOLI is helping it to happen.