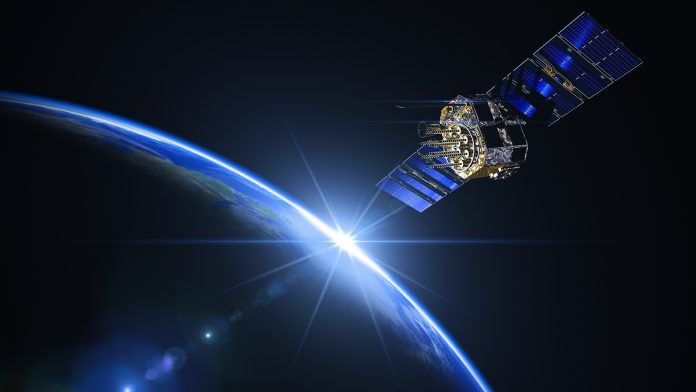 The University of Surrey and Space Power are tackling the problem of powering satellites in Low Earth Orbit (LEO) during their eclipse period when they cannot see the Sun. By collaborating on a space infrastructure project, the teams will develop new technology which utilises laser beaming on solar power from satellites under solar illumination to small satellites orbiting closer to Earth during eclipse. The wireless, laser-based power beaming prototype will be the first developed outside of governmental organisations and is aiming for commercialisation by 2025.

Wireless power beaming is a critical and disruptive technology for space infrastructure and will provide auxiliary power to increase the baseline efficiency of small satellites in LEO. The technical side of the project will use the highly specialised laser laboratories and optical systems developed at the University of Surrey’s Department of Physics and Advanced Technology Institute, which are world leaders in the development and implementation of laser and photovoltaic-based technologies.

The need for satellite power

The first Space Power product will be designed as a plug-and-play system for satellite manufacturers to include in their offering to their LEO constellation customers. Without new power technologies like this, which will enable small satellites to function all the time, more satellites are needed, with the resultant costs, launch emissions and contribution to space debris. As humanity discovers more ambitious and useful tasks for small satellites, the problem grows.

The project is part of the £7.4 million national SPRINT (SPace Research and Innovation Network for Technology) programme. SPRINT provides unprecedented access to university space expertise and facilities and helps businesses through the commercial exploitation of space data and technologies.

The power beaming prototype work follows on from an initial feasibility study conducted by Space Power and the University of Surrey on laser transmission funded through the SME Innovation Voucher scheme. Now, the team will investigate and verify the efficiency benefits of laser-based power beaming, develop the new technology, and obtain data to enable them to design a prototype for small satellites in space.

Professor Stephen Sweeney, at the University of Surrey said: “The University of Surrey has a long track record in photonics and space research and brings unique expertise in both high power lasers and photovoltaics technologies. We have many years of experience in optical wireless power and are delighted to work with Space Power to help develop such technologies for space-based applications.”

Keval Dattani, Director of Space Power concluded: “The SPRINT project is an important development from our feasibility study with the University of Surrey that enables us to approach our customers with confidence and demonstrate the improved efficiencies available by using auxiliary power systems. By focusing on light optics and power beaming, we are looking to increase small satellite operating efficiencies by a factor of between 2X-5X.

“We have seen the benefits of powering satellites by laser which enables smaller satellites, simpler systems and fewer resources – whilst performing more work to help us understand our planet better. For us, this is a neat solution with long term benefits, not least for lunar outposts and asteroid mining but back here on earth too.”

A research team from Osaka Metropolitan University has discovered that a magnetic structure called a chiral spin soliton lattice is vital for global 6G...
Read more

AI ethics and regulation to be revolutionised with £8.5m investment

Transforming the Internet of Things network with wireless transfer of power

Researchers at the Tokyo Institute of Technology have developed a cutting-edge device that could transform the Internet of Things network with the wireless transfer...
Read more

ESRC has launched a new data infrastructure strategy that will inform its investment in data collections and services to facilitate the advancement of renowned...
Read more

A research team from the University of Leicester have developed the OPTIMUS prototype using AI to track the human brain’s ability to track and...
Read more

A collaborative research team, including the University of Texas, Austin (UTA), has made a groundbreaking discovery regarding the actuators that control muscle movement. What is...
Read more

A research team from Osaka Metropolitan University has discovered that a magnetic structure called a chiral spin soliton lattice is vital for global 6G...
Read more

Transforming the Internet of Things network with wireless transfer of power

Researchers at the Tokyo Institute of Technology have developed a cutting-edge device that could transform the Internet of Things network with the wireless transfer...
Read more