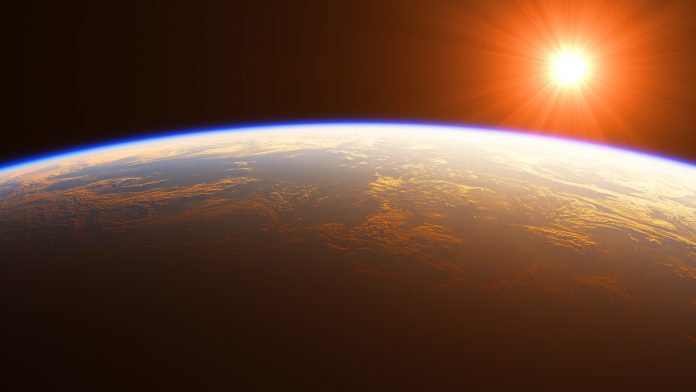 Munich and Dresden based researchers establish a compelling theory for the evolution of membraneless microdroplets as the origin of life in Early Earth.

The question of where and how life began on Early Earth more than 3.5 billion years ago from non-living chemicals, has long since been debated. Discovering the answer to this question has been a challenge for scientists, however one thing that they can look for and analyse is potential environments that allowed life to ignite.

Scientists have not yet demonstrated how those microdroplets could have evolved in order to start life on earth. Researchers at LMU’s Centre for NanoScience (CeNS) and the Max Planck Institute of Molecular Cell Biology and Genetics (MPI-CBG) in Dresden, have recently demonstrated for the first time, that the growth and division of membraneless microdroplets is possible in an environment which is similar to gas bubbles within a heated rock pore on Early Earth. This suggests that life may have had its origin there.

Suitable chemical environment for the origin of life in Early Earth

The team around Dora Tang, a research group leader at the MPI-CBG, revealed in 2018 that simple RNA is active within membraneless microdroplets, enabling a suitable chemical environment for the beginning of life. Those experiments were conducted in a simple aqueous environment, where competing forces were balanced.

Cells, however, require an environment where they can continuously divide, multiply and evolve. To discover a more suitable scenario for the origin of life experiments, Tang teamed up with Dieter Braun, professor for Systems Biophysics at LMU. His group developed conditions with a non-balanced environment that allow for multiple reactions to take place in a single setting, where cells can evolve. Those cells however are not like the cells we know today, but more like precursors to today’s cells. They are made of coacervates with no membrane.

The Braun lab constructed an environment that is a likely reflection of Early Earth, where porous rocks in water near to volcanic activities were partially heated. For their experiments, Tang and Braun utilised water-containing pores with a gas bubble and a thermal gradient in order to examine whether the protocells would divide and evolve.

“We knew that the interface of the gas and the water attracted molecules,” explained Alan Ianeselli, the first author of the study and PhD student in the lab of Dieter Braun. “Protocells localise and accumulate there and assemble into larger ones. This is why we chose this particular setting.” The researchers indeed observed that molecules and protocells went to the gas-water interface to form larger protocells out of sugar, amino acids and RNA.

“We also observed that the protocells were able to divide and fragment. These results represent a possible mechanism for the growth and division of membrane-free protocells on the Early Earth”, added Ianeselli. In addition to division and evolution, the researchers observed that as a consequence of the thermal gradient, several types of protocells with different chemical composition, size and physical properties had formed. Therefore, the thermal gradient in this environment could have driven an evolutionary selection pressure on membraneless protocells.

Tang and Braun, summarised that: “This work shows for the first time that the gas bubble within a heated rock pore is a convincing scenario for the evolution of membrane-free coacervate microdroplets on Early Earth. Future studies could focus on more possible habitats and explore further conditions for life to emerge.”