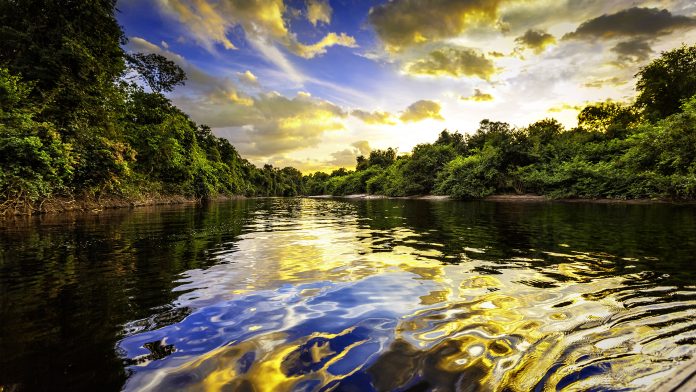 A collection of scientists from bioDiscovery and the Group on Earth Observations Biodiversity Observation Network (GEO BON), outline their key framework to help relieve biodiversity loss.

Scientists warn that pausing and then reversing the dangerous, ongoing loss of the Earth’s plant and animal diversity requires far more than an expanded global system of protected areas of land and seas alone. What is required to reverse biodiversity loss is successful, coordinated action across a diverse, interconnected set of ‘transformative’ changes. This includes massive reductions in harmful agricultural and fishing subsidies, deep reductions in overconsumption, and holding climate change to 1.5°C.

More than 50 scientists from 23 countries today, 19 January 2022, delivered to governments a synthesis of the science, informing, and underpinning 21 targets proposed in the draft ‘post-2020 Global Biodiversity Framework’. These are to be negotiated under the UN Convention on Biological Diversity (CBD) and is scheduled for adoption later this year at a world biodiversity summit in China.

The analysis was coordinated by two renowned international science bodies: bioDiscovery, a program of the Future Earth organisation, and the Group on Earth Observations Biodiversity Observation Network (GEO BON).

“The target of protecting 30% of all land and seas is important and attracting a lot of attention,” explained Paul Leadley, an assessment leader, past chair of bioDiscovery, and Professor at Paris-Saclay University, France. “Expanding protected areas is a good start if done well, but far short of what’s needed to halt and reverse biodiversity loss, called ‘bending the curve’ for biodiversity’. There’s very good evidence that we will fail again to meet ambitious international biodiversity objectives if there’s too much focus on protected areas at the expense of other urgent actions addressing the threats to biodiversity.

“Governments are clearly struggling with the breadth and depth of the ‘transformative changes’ needed to bend the curve for biodiversity, and sometimes seem unwilling to face up to it.  But deep changes are necessary and will greatly benefit people in the long run.”

The essential point, that bioDiscovery co-Chair Lynne Shannon, a Professor at the University of Cape Town, South Africa, underlined is that “there is no one-to-one linkage from any action target to a specific milestone or goal; instead, ‘many-to-many’ relationships exist among them.  We need to recognise, therefore, the complex relationships among targets, milestones and goals and undertake our planning and actions in an integrated manner.”

Some of bioDiscoveries key conclusions:

Previous experience in slowing and reversing biodiversity loss as well as scenarios of future biodiversity change display that only a comprehensive portfolio of interrelated actions will significantly reduce direct threats to biodiversity from land and sea, such as direct exploitation of organisms, climate change, pollution, and invasive alien species. None of the GBF targets that address these direct threats to biodiversity will, on their own, contribute to more than 15% of what’s required to reach the world’s ultimate goals for ecosystems, species and genetic diversity.

Action must be coordinated at every scale, with progress assessed frequently

The degree of biodiversity change, and the relative importance of drivers, varies greatly across scales from place to place, and drivers in one place can affect biodiversity in other locations far away (for instance with ‘telecoupling’ through global trade, climate change, etc).  Success will require action coordinated across local, national and international levels, in natural and managed ecosystems, and across intact and ‘working’ lands and seas. Success will also require upgrading monitoring capability and regular assessment of progress to make sure actions are delivering the intended outcomes at all levels.

There are enormous gaps in biodiversity monitoring. The majority of the nearly 1 billion existing non-marine biodiversity-related records were collected in developed countries, and within 2.5 km of roads, with less than 7% of the globe being sampled.  Two key improvements that are needed is firstly a global monitoring system for biodiversity, with the ability to attribute biodiversity change to specific drivers, and to integrate data from relevant threat sectors. Secondly, a predictive capacity to anticipate future trends, to inform decision-making is imperative.

Act now, and sustain biodiversity to ensure its recovery

Given that the time delays between action and outcomes are often measured in decades, especially in such areas as restoration of forests, coral reefs and fisheries, it’s imperative to act now to avoid irreversible loss and put biodiversity on a pathway to recovery by mid-century.

“The sooner we act the better,” explained co-author Maria Cecilia Londoño Murcia of the Humboldt Institute, Colombia. “Time lags between action and positive outcomes for biodiversity can take decades so we must act immediately and sustain our efforts if we are to reach the global goals by 2050. The time needed for safeguarding and restoring ecosystem structure, function and resilience is particularly critical for people and communities whose livelihoods and well-being directly depend on these systems and the benefits they provide.”

David Obura, co-author, and a distinguished scientist at the Coastal Oceans Research and Development (CORDIO), Kenya concluded: “High levels of ambition for halting and reversing biodiversity loss will be critical. We underline, however, that this cannot be achieved just by conventional conservation actions.

“We show that the 21 Targets of the Global Biodiversity Framework essentially cover this broad gamut of indirect and direct drivers, but that no one Target can be implemented as a priority over the others to achieve success (other than providing the financial and other means necessary to implement all targets).”