Sea Machines Robotics: paving the way for a new era of maritime 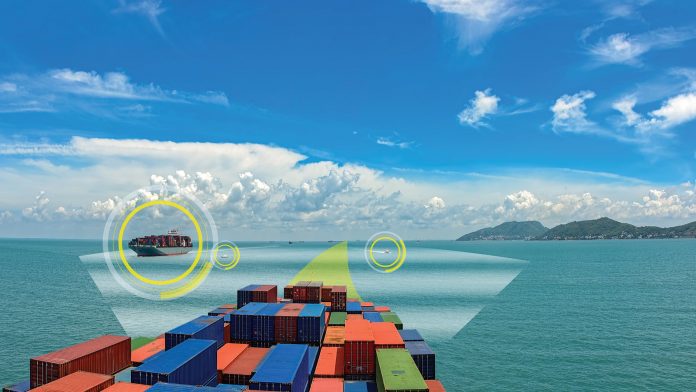 Sea Machines Robotics is retooling the marine industry with autonomous technology, one vessel at a time.

Although 77% of the planet is covered in water and 90% of the world’s cargo is carried aboard ships, the marine industry – one of the world’s oldest industries – doesn’t always receive the same level of attention as other sectors. This is surprising considering 20 million vessels are currently at work around the world. The reason for this, in part, is because vessel operations remain poorly automated, leaving vast potential for the introduction of technology advancements to serve as a game changer for this large and dynamic domain.

Sea Machines Robotics, founded in 2015 in Boston, Massachusetts, USA, is aiming to change this through the development of autonomous control systems for all types of commercial watercraft, including ships and workboats. Just as advanced control technologies have made air travel safer and more productive, and advanced vehicle systems are making automobile travel less risky, Sea Machines’ technology brings safety, predictability and productivity to marine operations.

Sea Machines systems are easily installed aboard existing commercial vessels, or can be included in new-build packages. They provide features such as remote and autonomous control; programmable routes that improve efficiency; collision avoidance; object identification via camera vision, Light Detection and Ranging (LiDAR) and digital radar; tandem operations between a mother and daughter ship; and more. Combined, these functions reduce overall transit risks, save time, increase operational output, and better protect people, the environment and equipment.

The growing company’s most notable collaboration is one with Maersk, which in the fourth quarter of this year will trial a Sea Machines system aboard one of the shipping giant’s new-build, technologically advanced ice-class container ships. This trial marks the first time computer vision, LiDAR and perception software will be utilised aboard a container vessel to augment and upgrade transit operations.

In addition to revolutionising the shipping sector, the company is also executing pilot programs with several boat builders and partners internationally, including TUCO Marine, Denmark, to trial autonomous and remote control for all types of commercial marine workboats and other commercial vessels.

Happening in concert with the development of Sea Machines’ technologies is the overall digitisation of the maritime industry, such as the electrification of propulsion, the introduction of low cost low-earth orbit satellite data service, real-time data connectivity, and more. These innovations are working together to evolve and advance the marine space.

A new era of maritime

Before this can take place however, one challenge that must be tackled is speed to market. There is an incredible need for this technology in the marine space now, but it is still under development. The industry knows that it’s not a matter of ‘if’ it will happen, but rather a matter of ‘when’. Sea Machines is working at breakneck speed to make autonomous technology a reality faster.

Leading up to the 20th century, the maritime industry and those that created it were at the forefront of human technology in each of their respective ages. Sea Machines aims to bring that spirit of ingenuity, innovation, technological investment and exploration back to the seas.

In the future, Sea Machines Robotics predicts that variants of its systems will be standard on all marine vessels. Widespread adoption will help to open the industry to new entrants and fresh applications on water. Use of these technologies will also enable the marine industries to do more. We will take cargo back from the crowded roads, increase transit speeds to compete with air travel, and open the doors to vast ocean farms of food and energy.

In each of these ways, Sea Machines is helping to shape a new era of maritime.