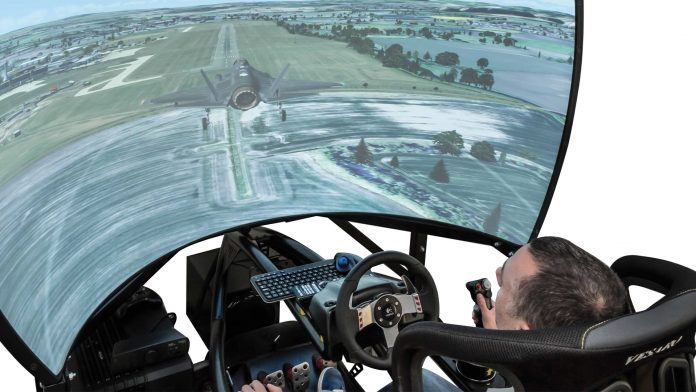 Steve Wilkinson, CEO of the European Training and Simulation Association, describes how simulation in defence training has become an invaluable tool.

When not in action, the military spends its time undergoing training. The military’s ability to train and rehearse with tremendous efficiency and effectiveness has made the difference between success and failure in recent conflicts and has saved the lives of thousands of service personnel. The effective and safe operation of high-tech systems and platforms require well trained people. Without simulation in defence training, the value of the platform or weapons system is far lower due to poor operational effectiveness.

Simulation has become an invaluable tool in defence training for various reasons:

However, simulation is not a new concept. Historically, soldiers have used dummy weapons to train against wooden opponents; while drill procedures simulated tactical manoeuvres. In Roman times, commanders used sand tables with soldier icons, enabling them to manipulate a physical copy of the battlefield.

However, when we talk about military simulations today, we normally mean the computerised variety. Historical users of computer-driven simulation in the military have been the air forces, with training devices being deployed for the earliest flying machines. Over the past 20 years the use of simulation in defence training has become ubiquitous, hyper-realistic and high fidelity throughout all services.

Air forces not only learn to fly, they practice combat tactics and mission rehearsal, often networking simulators to practice missions with other aircraft and ground assets. Meanwhile ground based maintainers, air traffic controllers and emergency personnel use simulation to develop and test skills. With the advent of drones and other unmanned air vehicles, techniques and technologies are equally employed for the remote operators. Land forces use simulations to develop driving, shooting and tactical skills; with specific technologies such as laser-based systems being used for combat practice.

In the Navy, equipment maintenance is also usually learned on a simulator while at sea, or in port. Above or below the surface, ship systems can be simulated to train weapon systems operators, damage controllers and navigators, amongst others. In critical areas like medicine, culture and language, logistics, security and special forces, web-delivered distributed training which can be deployed anywhere and at any time has become common and the military has led the field in the development of games for training, known as “serious games.”

The term “simulation” covers a wide range of technologies and applications. From blackboard (or interactive whiteboard) and spatial models, through part-task and desk-top trainers, to immersive head-mounted displays and ultimately the full functionality, high fidelity integrated simulators which are barely perceptible from the real equipment.

By virtue of the high research and development funding, the military and defence industries used to be the leaders in simulation development. Today, however, the lead has been taken in many areas by the entertainment industries. Most notably in the area of virtual reality (VR), augmented reality (AR) and mixed reality (MR), the products becoming available to meet recreational needs are proving increasingly viable and valuable to provide immersive simulation in defence training applications.

The increased level of fidelity, together with the cost-effective availability of hardware and software tools, of these extended realities (XR) has opened up the possibilities for training applications. Where once a training requirement would necessitate an expensive, fully representative hardware training solution, XR technologies have allowed 95 per cent of the training need to be met at less than 10 per cent of the cost of traditional synthetic methods – or between one and five per cent of the cost of live training.

Given the present and future importance of XR simulation in defence training, it is worthwhile explaining the difference between these different types of immersive reality:

Simulation itself does not improve training – it is how it is used that matters. The military has become a world leader in the systematic design of its training solutions, evaluating its true training needs and, from the wide range now available, selecting the most appropriate training technologies to support the training objectives; then maximising the capability of the devices to stretch the training envelope. With the advent of a high degree of automation or artificial intelligence (AI), as well as by combining AR and VR with cognitive neuroscience, more complex and challenging simulation in defence training can be brought into the process.

Within the industry, the simulation and training market is often segmented as “LVC” – live, virtual and constructive:

No matter what type of simulation or training we are considering, there are several factors which we need to take into consideration:

The mission of the European Training and Simulation Association (ETSA) is to provide a forum for those involved with modelling and simulation in defence training to allow for discussion and distribution of information and to further advance the research, development and use of technologies and practices throughout European society, industry, academia and government. Only through such close working can our European communities stay abreast of these challenges and the technologies and opportunities becoming available to prevent us from falling behind our worldwide allies and competitors.

Simulation is not constrained to the training environment; elsewhere within the defence sector, modelling and simulation play an increasingly important part in all areas of a system’s life cycle, from systems analysis, systems development, procurement and acquisition, operational and logistics support and testing.

ETSA represents the European training and simulation community and has established itself as the “European voice” of the military simulation and training sector. It provides a non-partisan environment for government bodies, academia, users and suppliers within Europe to network, exchange opportunities, ideas, information and strategies on education, training and simulation technology and methodology. ETSA undergoes and co-ordinates research, development and innovation work to promote and help instigate, improve and extend the widespread use and efficacy of modelling and simulation in defence training (including virtual, augmented and mixed reality) and practices for training and other applications throughout the European community.

If you have a professional interest in education, training, modelling and simulation in Europe, join Europe’s premier association.