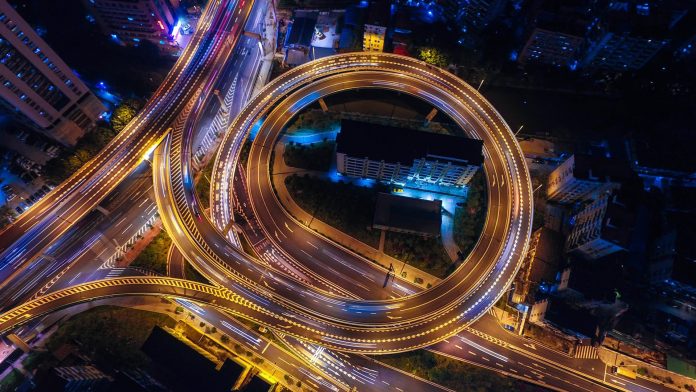 Smart motorways follow the same dynamic of the smart city concept: implementing technology-driven logistics in order to better manage the flow of traffic on Europe’s busiest roads. Highways England are leading the way in the implementation of smart highways and the technology is now becoming more prevalent across Europe.

The European Commission have set themselves an objective of halving road fatalities between 2010 and 2020. Converting European highways is one of the main factors in achieving this and the use of technology on Europe’s motorways appear to be the future for Europe’s roads. Despite this, there have been a number of differing opinions on the smart motorways systems currently in place, particularly in the UK.

What are smart highways?

Smart motorways use a number of cameras along stretches of the highway to manage and monitor the speed of drivers and the number of lanes that are open to use. The smart highway concept was developed in a bid to help ease congestion during busy periods and on very busy stretches of roads – active traffic management (ATM). The ATM system features include:

The first smart highway which featured hard shoulder running in the UK opened in 2006; there are now a large number of smart motorways being put in place throughout the whole of the UK and Europe.

Safety concerns related to the smart highway system in the UK

In a report which was published in June, the UK Transport Committee warned the UK Government not to proceed with the running lane systems due to major safety concerns, expressing that converting hard shoulders into running lanes is too radical a change to the nature of motorways and motorists are struggling to adapt to the changes which are happening quickly. In a report by England Highways, Louise Ellman, chair of the Transport Committee commented: ‘The Department for Transport is blatantly ignoring the safety concerns set out in our report.’

The main concerns with smart motorways and the implementation of running lanes to all hard shoulders relates to the red X signals. The red X shows that the lane ahead is closed and therefore must not be in use; usually used to monitor/ manage an incident or road works and are therefore used as a safety precaution. Safety concerns over people ignoring the red X signals are emerging and it is believed to be because of the signals being put up on the gantries too early, being taken down too late and drivers getting agitated over the closure of a lane that is not necessary. In regard to this, Highways England state: ‘Driving in a lane with a red X sign is dangerous both to you and anyone working or stopped on the carriageway ahead, we sometimes need to set red X signs far in advance of an incident in order to provide access for emergency vehicles.’

New rules have been released that driving in a red X signed lane could incur a heavy fine for any motorist who does so. In a report by the Telegraph, a Highways England spokesman said: ‘Safety is at the heart of everything we do and our roads are among the safest in the world.’ Highways England also reported: ‘Since we started issuing warning letters we have seen a decrease in the number of drivers ignoring our lane closures.’

The Times UK recently reported a woman died in Sheffield, UK, after breaking down on the motorway and pulling off into the hard shoulder/running lane. The stretch of motorway where the accident happened had been converted into a smart highway with no hard shoulder and used differential speed limits with red X signs warning users not to use the lane. As of September, there is still an investigation into the cause of the death; deciphering whether the signs were operating correctly or the driver ignored the signs and was driving irresponsibly.

The AA states there needs to be more emergency areas on smart motorways where cars can pull off.

The red X signs are not the only part of the UK smart motorways system which leaves itself open to heavy fines for motorists; the variable speed limit system is also proving a difficult concept to grasp. The variable speed cameras are put in pace to ease congestion and also for the safety of drivers on the roads; the speed limit will decrease as the traffic increases and therefore it can prepare a driver who is about to hit heavy traffic by slowly slowing down their speed. The aim is to reduce the amount of crashes from heavy breaking in congested areas whilst also attempting to keep the traffic flowing during busy periods.

However, many motorists are asking for a review of the smart motorways system as the increase in the number of motorists being fined while driving below 70mph (national UK speed limit) is increasingly becoming an issue. The complaints from motorists express the concern that despite the roads being quiet and clear of traffic, they are still being asked to drive 40, 50 or 60 mph on deserted highways. It has been outlined by Highways England that they do set the speed limits before congestion builds up in order to better manage the flow on busy roads at busy times. In light of this, frustrations are rising among motorists who are being fined for driving 30 mph under the national speed limit on a quiet and uncongested road.

In 2017 it was estimated that more than 70,000 drivers were fined on motorways with variable speed limits. Edmund King commented in a report by the Telegraph: ‘this begs the question of how many thousands of motorists have been caught out when they shouldn’t have been; when they were fined on roads with limits that were artificially set too low.’

Despite these concerns over smart motorways in the UK, they are still a developing technology which is here to stay and which has the potential to develop into a successful system for everyone; the authorities and motorists. According to European Commission statistics, in 2017 there was a 2% decrease in the number of fatalities on EU roads. Despite the decrease being minimal, European roads still remain the safest in the world in 2017, with an average of 49 road fatalities per one million inhabitants. Converting roads into smart highways is not the only or main factor contributing to the reduction in fatalities however it can only be helping road safety in Europe.

Going beyond the basics of smart motorways outlined above, new IoT smart road applications are being innovated and developed around the world, with the potential to be brought over to Europe to improve not only road safety, but also road maintenance and weather conditions.

Placing sensors along the highways and roads have developed them into data conveyors; reporting data such as road technology and traffic patterns. The new developments have taken this ideology one step further and using wireless technology with sensor technology, more detailed information is being produced at higher levels. Some of the exciting new developments include:

Developments in storage of solar energy in the smart road systems is enabling the possibility to charge devices located in vehicles, such as smartphones and GPS systems. The advanced technology uses a transparent and UV permeable material on the top layer of a road to allow sunlight to reach solar panels placed underneath the roads.

China has developed a revolutionising ‘intelligent highway’ system that could charge cars as they drive along the road. The developments come as the Chinese Government pushes the ‘Made in China 2025’ plan; aiming towards advanced manufacturing power for the nation. China have already developed the transparent layer of road allowing the storage of solar energy and the innovation for the self-charging road is an extension to original developments. China have stated that the layer of the road they designed has space inside of it to thread recharging wires and sensors that monitor temperature, traffic flow and weight load. However, they have not yet been able to test the wireless charging. China currently accounts for half of all electric vehicle sales worldwide and innovation in this type of smart highway is likely to boost their electric vehicle usage even more.

Underground heat technology is being used to keep roads free from snow and ice, making roads smarter. The Netherlands are at the forefront of this technology and in April 2018 the Netherlands announced plans to create the longest heated cycle path in Western Europe of 1.7km. The ‘cycle highway’ is to be kept warm by residual heat from a local paper plant.

Despite a lot of investment in heating stretches of road and cycle paths, nothing of scale has been proposed until the recent plans in Gelderland, the Netherlands. Technology in heating roads could be beneficial to Europe as a whole – particularly in airports, keeping runways clear of snow and ice and reducing disruption during winter months.