Solid-state technology: The next big revolution on the horizon 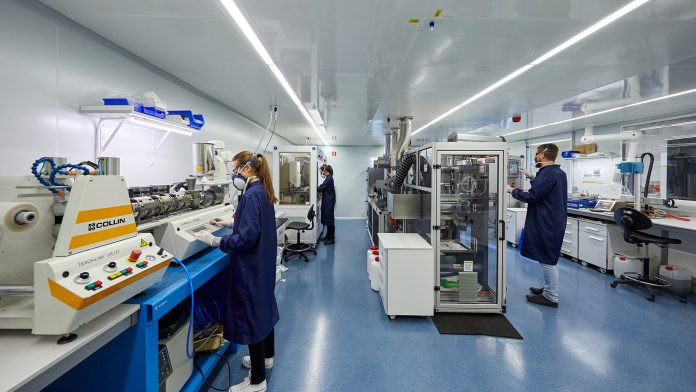 Although it may seem a modern concept, batteries have recently turned 222 years old. This device, which is key to our daily lives, has its origins in what is known as the voltaic pile, created by the Italian Physicist Alessandro Volta, and was first mentioned on 20 March 1800, when its creator informed the Royal Society of London of the development of an invention that would revolutionise the world of energy in the future.

Since then, this first invention has evolved thanks to new technological developments and contributions from great researchers and scientists. Several breakthroughs have created the conventional batteries we know today, which are largely derived from the concept launched by Sony in the 1990s based on lithium ions; a new generation of batteries at the time that allowed a ‘quantum leap’ in technology in terms of performance.

However, almost 30 years later, the industry is beginning to realise that this now conventional technology is reaching its theoretical limit in terms of performance. The challenges presented by electrification (with industries such as automotive and renewable energy) appear to be insurmountable with current technologies, which is gradually causing the industry to set its sights on a new generation of batteries to meet the future needs of the industry.

This is where a new technological concept comes into play, an innovation that aspires to match the revolution that lithium-ion batteries represented in their time: solid electrolyte batteries, considered by many to be the holy grail for achieving the much-desired electrification of the world. Not surprisingly, it is the only current alternative with sufficient potential to meet the most challenging needs and demands of industries such as electric cars, stationary applications, and consumer electronics.

What does this technology consist of? In fact, it works in a similar way to lithium-ion batteries, with the only difference being the electrolyte that makes up this type of battery. Whilst current batteries have a liquid electrolyte, this new generation of technology replaces it with a solid-state electrolyte that acts as a separator, which has proven to be a variation that significantly increases the performance and safety of the batteries.

This concept, originally devised by Professor Michel Armand (CIC energiGUNE), makes it possible to reduce the scale of certain components and create cells with higher energy density, which in turn allows, for example, greater autonomy for the uses to which they are intended (a key factor in sectors such as electromobility). Likewise, by using solid material, degradation due to battery use is reduced, which increases the battery’s useful life. In the same way, thanks to this type of electrolyte, they also have higher fast charging rates than conventional technologies.

In addition, solid electrolytes have been found to be more tolerant to temperature changes, physical damage, overcharging, and deep discharge, making them safer than lithium-ion technologies.

Finally, this is a technology generation that also has a critical advantage for mass adoption in the coming years: the price. The use of solid-state electrolytes facilitates their industrialisation and scaled-up manufacturing process, thereby reducing their production costs, and enabling their launch on the market at more competitive prices than those currently available.

All these potential benefits justify the industry’s hopes for this new technology. But, given these advantages, why are these solutions not already on the market? Apart from the need to continue working on their technological evolution, it is precisely the industrialisation of this solution that is the great challenge that lies ahead before we find them in the majority of our daily lives.

We are talking about a technology that, in the case of the most advanced manufacturers, is still at a technological readiness level (TRL) between six and seven. In other words, there is still progress to be made in the commercialisation and deployment phases for the scaled-up industrialisation of this technology.

Vast potential for large companies in the sector

The aforementioned advantages justify the growing interest in this new technological alternative. Such are the expectations that the market is projected to reach a value of more than $8bn in less than ten years, according to estimates by the consultancy firm IHS Markit.

Of this amount, nearly a third will come from demand from the automotive industry, which considers solid-state batteries as the ‘panacea’ that aims to solve (almost) all the problems posed by the electrification of its fleets in the future. As a result, large original equipment manufacturers (OEMs) in the sector are leading the industrial development of this type of solution.

One of them is Toyota, the sector’s forerunner, announcing that its first prototype with a solid-state battery is already being tested with the aim of launching a first model in the short term (expected to have a range of at least 500km and charging times of less than ten minutes). The Japanese company hopes to scale up its technology by 2030.

But it is not the only one: Daimler (which already has the Mercedes eCitaroG, a bus powered by solid-state batteries), Volkswagen, BMW, Renault, and Stellantis have also announced their plans for solid-state vehicles, investing large amounts of money both in their own developments and in the capital of technology companies that are working to develop this innovative technology.

Although the ecosystem of technology companies working on solid-state batteries is growing every day, five players have so far shown the greatest progress in terms of results (as shown by the interest they have stimulated, and the large investments made by automobile manufacturers). Most of them are of US origin: QuantumScape, SES, Solid Power, and Factorial make the headlines alongside Taiwan’s Prologium. All of them already have advanced solid-state technologies that they expect to industrialise in the coming years. 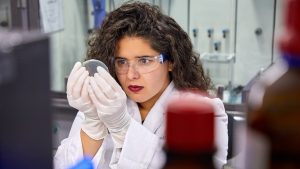 Also worth mentioning is the Basquevolt project, located in the North of Spain (in the city of Vitoria-Gasteiz), which is the first European gigafactory whose technology will be based on solid-state principles. The attraction of this project lies not only in its specialisation but also in the fact that its technological know-how is based on the advances and research carried out by CIC energiGUNE, a world reference research centre in energy storage technologies that has been working for more than ten years on the development of solid-state batteries under the aforementioned Professor Michel Armand, the ‘father’ of this new technological revolution.

In fact, CIC energiGUNE itself is currently leading and participating in the main European-funded initiatives associated with the technological development of solid-state in Europe, such as the SAFELiMOVE project (together with Renault, Saft, or Toyota) or the IMAGE project, both focused on guaranteeing the industrialisation of the technology in the coming years.

In addition, the centre is the lead organiser of the ‘Power our Future’ event, world-recognised in the energy storage sector, that will focus in its 2022 edition, among other topics, on the advances and trends in solid-state batteries. Professor Michel Armand himself and other industry leaders such as Margaud Lecuyer (Blue Solutions) and Fanny Barde (IMEC) will give their views on this technology and its development at the fifth edition of this benchmark event in the battery sector.

In short, all these entities (and many others that are beginning to take their first steps in this technology) are already working on the new technological scenario that is approaching, which will bring with it an even greater technological revolution than that of three decades ago. For this, the coming years will be key, where the achievement of milestones and deadlines by the different companies working in the sector will determine the future of this technology and its full deployment.