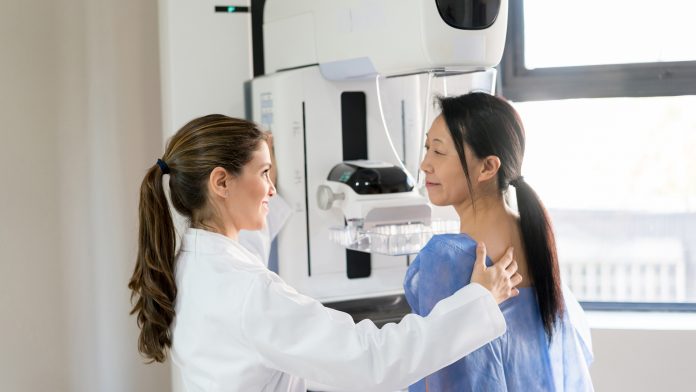 New evidence about the positive role of androgens in breast cancer treatment has been discovered by researchers at the University of Adelaide.

The international study, which could have immediate implications for women with oestrogen receptor-driven metastatic disease, was published in Nature Medicine.

Conducted in collaboration with the Garvan Institute of Medical Research, the study looked at the role of androgens – commonly thought of as male sex hormones but also found at lower levels in women – as a potential treatment for oestrogen receptor positive breast cancer.

In normal breast development, oestrogen stimulates and androgen inhibits growth at puberty and throughout adult life. Abnormal oestrogen activity is responsible for the majority of breast cancers, and androgens were historically used to treat breast cancer but their role has been controversial.

Knowledge of hormone receptors in breast tissue was rudimentary at the time and androgen therapy was discontinued due to virilising side effects and the advent of anti-estrogenic endocrine therapies.

Endocrine therapy remains the standard-of-care for oestrogen receptor positive breast cancer but resistance to these drugs is the major cause of breast cancer deaths.

Professor Wayne Tilley, Director of the Dame Roma Mitchell Cancer Research Laboratories, and Associate Professor Theresa Hickey, Head of the Breast Cancer Group, who led the study say the need for alternative treatment strategies has renewed interest in androgen therapy for breast cancer. However, previous studies had produced conflicting evidence on how best to therapeutically target the androgen receptor for treatment of breast cancer, which caused widespread confusion and hampered clinical application.

“This work has immediate implications for women with metastatic oestrogen receptor positive breast cancer, including those resistant to current forms of endocrine therapy,” said Professor Hickey.

Using cell-line and patient-derived models, the global team of researchers demonstrated that androgen receptor activation by natural androgen or a new androgenic drug had potent anti-tumour activity in all oestrogen receptor positive breast cancers, even those resistant to current standard-of-care treatments. In contrast, androgen receptor inhibitors had no effect.

“We provide compelling new experimental evidence that androgen receptor stimulating drugs can be more effective than existing (e.g. Tamoxifen) or new (e.g. Palbociclib) standard-of-care treatments and, in the case of the latter, can be combined to enhance growth inhibition.

Associate Professor Elgene Lim, a breast oncologist and Head of the Connie Johnson Breast Cancer Research Lab at the Garvan Institute, said: “The new insights from this study should clarify the widespread confusion over the role of the androgen receptor in oestrogen receptor driven breast cancer. Given the efficacy of this treatment strategy at multiple stages of disease in our study, we hope to translate these findings into clinical trials as a new class of endocrine therapy for breast cancer.”

Technology and mindset for quantification will lead success in cell manufacturing

Self-fitting scaffolds as an alternative for bone defect treatment

Melissa A Grunlan and her team have been developing and improving self-fitting SMP scaffolds for craniomaxillofacial bone defect treatment.
Read more

Climate change could have caused the COVID-19 outbreak

New research suggests that climate change could have driven the evolution of SARS-CoV-2 by forcing bats to migrate to new climates.
Read more

Researchers have designed an 'electronic nose' to demonstrate their new devices, which be used for noninvasive diagnostics of human breath.
Read more

Scientists have designed a high-performance laser-printed graphene-electrode biosensor, that can be used to detect blood disorders.
Read more

Scientists have used neutron scattering techniques to investigate what happens inside cells when they are at risk of becoming cancerous.
Read more

Osteoclasts and their role in musculoskeletal disease

Dr Salber of Hospital of the RUHR-University Bochum discussess how osteoclasts have a role as cells responsible for the resorption of bone.
Read more

Fighting COVID-19 with the One Health Initiative

The One Health Initiative’s Dr Bruce Kaplan argues that it is now time for a One Health approach to combat COVID-19 and any future pandemics.
Read more

The future of breast cancer diagnosis

Technology and mindset for quantification will lead success in cell manufacturing

Self-fitting scaffolds as an alternative for bone defect treatment

Melissa A Grunlan and her team have been developing and improving self-fitting SMP scaffolds for craniomaxillofacial bone defect treatment.
Read more

ABOUT US
Innovation News Network brings you the latest science, research and innovation news from across the fields of digital healthcare, space exploration, e-mobility, biodiversity, aquaculture and much more.
Contact us: info@innovationnewsnetwork.com
FOLLOW US
© Pan European Networks Ltd