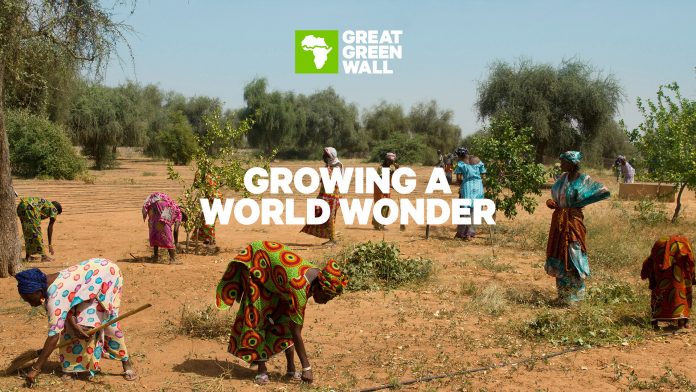 Deborah Goffner, research director for the French National Centre for Scientific Research, is currently leading a research group in the international research unit ‘Environment, Plants and Societies’ in which her and her team inform on-the-ground natural resource management decisions and interventions in the context of the African Great Green Wall (GGW) through the French National Research Agency (ANR) –funded project, ‘Future Sahel’.

Future Sahel researchers believe that the success of the GGW will ultimately depend on its capacity to intelligently generate, integrate, and use knowledge derived from a wide range of disciplines, taking into account the nature and complexity of each socio-ecological system along the GGW path that is targeted for restoration.

For more than ten years since its launch, the GGW has been working towards reviving African landscapes and increasing the food security, employment, and health of the people living in the region. In this report, Innovation News Network discusses the importance of Goffner’s work and the impact that her team is already having on the region of Sahel.

Behind the African GGW

The Sahel is located between the Sahara and the Sudanian, stretching across the south-central latitudes of Northern Africa between the Atlantic Ocean and the Red Sea. The Sahel mostly consists of grassland and savanna, with small areas of woodland and shrubland. Life in the region is challenging due to its limited fresh water supply, hot climate, and socio-economic issues.

The GGW is a pan African, top-down initiative established in 2007 to combat desertification of the Sahel that is the result of a combination of climatic and anthropogenic factors. The Future Sahel project provides invaluable research from different scientific disciplines that enable natural resource managers to provide well-adapted solutions at the local level with the main objective of environmental and social well-being.

The GGW has become an umbrella term for several large-scale social-ecological restoration initiatives in more than 20 countries throughout Africa. The project has moved away from exclusively committing itself to reforestation and has aimed to encourage sustainable natural resource management decisions. The Future Sahel team promotes the need to incorporate different types of knowledge, including for example, scientific, traditional, and institutional knowledge, which are all requirements of the GGW.

A new publication by the United Nations Convention to Combat Desertification entitled ‘The Great Green Wall: Implementation Status and Way Ahead to 2030’ has highlighted that some countries have made more progress than others in implementing actions and achieving their goals. Although some progress has been made, the achievements fall way short of expectations, however, Dr Goffner believes that the idea of a united, African Union-driven GGW is nevertheless a positive step to combat the socio-ecological challenges in the Sahel. 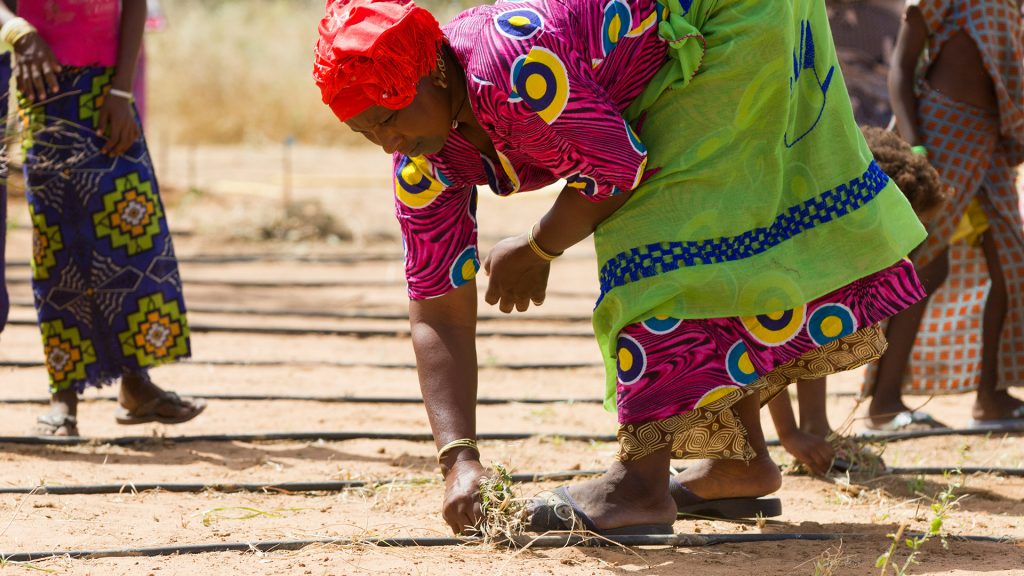 Future Sahel’s role in the GGW

In an attempt to better understanding the social-ecological systems along the GGW path, the Future Sahel team has created a social-ecological database in which they have centralised  a wide range of geographically explicit ecological and social variables for the GGW initiative. This allows them to builds layered maps to further understand trends in environmental, socio-economics parameters, including understand population density, land use, vegetation, and soil types, and the interconnections amongst them.

The Future Sahel project’s data helps advise GGW decision makers on how to make the most appropriate natural resource management decisions in the different zones as landscape-scale actions must be defined locally. Each set of actions needs to be designed according to the specificities of the social-ecological systems that the team is trying to restore or improve. In other words, there are no-size-fits-all solutions.

The fundamental basis of the Future Sahel project is to better understand these social and ecological systems: how they are configured, defining their different components and how they interact. The current configurations are affected by events and decisions at different spatial scales – at both the national and international levels. It is also of the utmost importance to understand social-ecological system dynamics over time and how Sahel’s people adapted to and stresses at different levels. This can include climate change, the price of basic foodstuffs, and political crises.

By developing an understanding of how the systems function and how they have evolved over time, the team has worked extensively with multiple stakeholders at the national, regional, and local level to develop a series of bottom-up scenarios for the future of Sahel. Priority actions were identified and are currently being implemented on-the-ground.

The goal of Future Sahel was to nudge the current socio-ecological systems along positive trajectories, ones where ecosystem services, the  humans’ benefits from nature, would be abundant, diversified, produced sustainably, and distributed in an equitable way (Goffner, Sinare, Gordon, 2019). Finally, Future Sahel has provided knowledge to increase biodiversity of GGW plantations (Wade et al, 2018), as well as filling in key knowledge gaps for a multipurpose tree species that with possesses great economic potential and dominates Sahelian landscapes: Balanites aegyptiaca.

With a group of colleagues based at SRC, Deborah Goffner has recently been awarded a €2m research grant from FORMAS (the Swedish government research council for Sustainable Development). This new round of funding will allow the team to continue and scale out their work in Senegal along the GGW path. The main objective of this project, called ‘Xpaths’, is to operationalise the UN Sustainable Development Goals in the dryland regions of three countries: Brazil, Spain, and Senegal.

Deborah Goffner said: “For me, working with stakeholders at all levels and from different sectors, including government agencies, NGOs, civil society, and even private companies, is incredibly important and personally very enriching, and I will continue to do that moving forwards.”

A research team from Queen Mary University of London is the first to demonstrate the possibility of measuring total GHG emissions from LNG carriers. Furthering...
Read more