The Ocean Battery: The most sought-after innovation in the utility industry 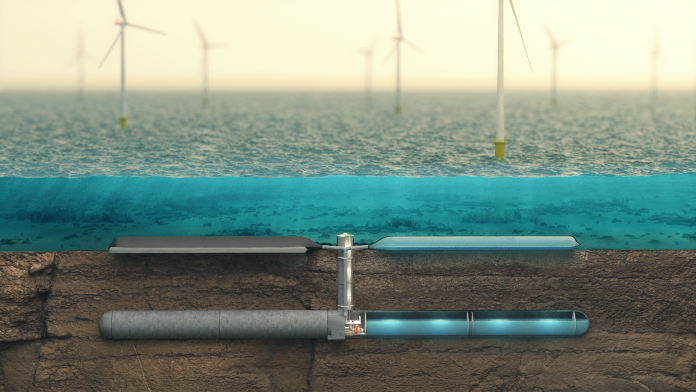 Fossil fuels are no longer cheap, and it is evident that security of supply is crucial to our economies and our level of welfare. In the short term, it seems that governments are willing to accept a temporary increase in greenhouse gas emissions to secure energy supply in the current market.

At the same time, the transition towards renewables is accelerating. The case is clear, renewables are clean, cheaper, and make us independent from foreign nations. However, power generation from renewable energy technologies is dependent on weather conditions.

Currently, the share of renewables with respect to conventional generation is relatively small, especially when we exclude hydropower from this figure. The rapidly growing share of renewables is, however, impacting the stability of the power system more and more.

Last year in the UK, 15% of wind power was curtailed, costing a record high of £507m. This should not be happening. Instead, we should be reducing our consumption and reliance on conventional power generation methods.

Barriers to the wide use of renewables

The underlying problem is twofold. First, there is network congestion, which can be compared to a motorway. For example, a three-lane motorway is not sufficient for traffic during rush hour, resulting in traffic jams. However, adding three additional lanes would not solve this problem, and instead would be very costly to construct and would go unused for most of the day.

Similarly, it is very uneconomic to build a power grid that can handle the peak generation capacity of wind and solar energy. Before introducing the power into the grid, peaks should be buffered in energy storage systems.

The second problem is that renewables peak at the same time. Solar radiation peaks around midday and the wind conditions at the North Sea are almost identical from country to country. As a result, market prices drop or turn negative at times of peak generation.

Although these effects were predicted decades ago, negative energy prices are observed frequently in the energy trading markets today. As an energy producer, you want to have the option to temporarily buffer the power generated at a wind or solar farm and sell it at moments when there is a shortage of power and prices rise.

The utility market needs durable energy storage solutions, with a lifetime of at least a couple of decades, that can be charged and discharged as often as one would like. The latter becomes obvious if one observes the power output of a solar farm.

The need for durable storage solutions is evident. The utility market will need hundreds to thousands of GWh of energy storage capacity. This target cannot be reached if we build it on solutions that cannot last for at least two decades.

Energy is cheap because the utility infrastructure has a depreciation period of 30-50 years. This allows infrastructure to be built where cheap energy becomes available and guarantees supply security. As storage will become an inherent part of our future, power system storage solutions should provide a lifetime of at least several decades.

To generate sufficient power, a large part of the renewable power generation is plotted offshore. Currently, the global capacity is around 60 GW, and it will expand beyond 1,200 GW in 2050. That equals the generation capacity of Europe today. Therefore, we will build a new high voltage power system offshore in 30 years – a power grid that is incomparable to anything built yet.

The first and most obvious observation is that it almost entirely consists of power generators and not many loads. Secondly, these generators are wind turbines that, at best, will have Black Start power support, but there will be no power plants on the sea that can provide Black Start power.

Which devices will provide the voltage and frequency stability after a blackout during a hurricane? Are we going to install costly diesel generators at platforms in every wind farm or can we feature the storage systems at sea in such a way that diesel generators are no longer needed?

The Ocean Battery is designed with the offshore market in mind

Although there are a few competing technologies under development, there are currently no commercial alternatives available in the market. The Ocean Battery is not accidentally based on Pumped Hydro Storage (PHS) technology. PHS currently provides over 93% of all utility-scale energy storage capacity globally and has proven itself for over a century. PHS solutions are based on highly reliable hydro dam technology. The most critical components are the bearings of the turbines, with a mean time to failure of over 1,300 years.

Moreover, the Ocean Battery is entirely based on existing technologies – the fastest route to introduce innovations to the market. The challenge was combining various technologies from different market segments, which is why the Ocean Battery is frequently referred to as the iPhone of the power industry. The result is an efficient modular, scaleable, eco-friendly, and highly durable solution.

Characteristics of the Ocean Battery

The roundtrip efficiency is almost 80%, meaning that, during each cycle, 20% of the power generated is lost. High efficiencies are crucial to prevent the need to extend the renewable generation power capacity significantly beyond the already very challenging targets today, due to power losses by temporarily storing power.

As the technology is just coming available and the utility-scale storage market is just emerging, utilities and innovators are continuously exploring new business cases. Therefore, they need building blocks to define their own solution. The modular design of the Ocean Battery allows for the seamless mix of different components to build the required capacities and storage volumes. 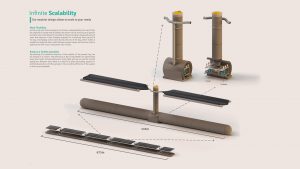 While a single reservoir contains approximately 10 MWh of energy, hundreds of these reservoirs allow for the easy scaling of an Ocean Battery system, to store volumes of energy of over 1 GWh. These volumes are relevant to utilities and will help build solutions to accelerate the transition to clean energy. 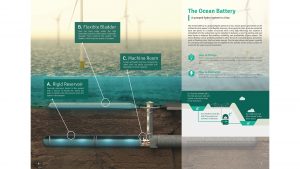 Although the energy density might be significantly lower than in electrochemical batteries, this is not a requirement for a system that has significant durability. In densely populated areas, this might become an issue; however, offshore, almost infinite amounts of space exist between turbines as they are often stalled 1.5 km away from each other.

Energy storage solutions should also be eco-friendly by design. It does not make sense to build storage systems that will pollute the environment, and therefore, careful design of the entire supply chain is required to ensure a net positive effect. As the Ocean Battery utilises conditioned (sea) water as a working fluid, it does not impose any environmental risks. 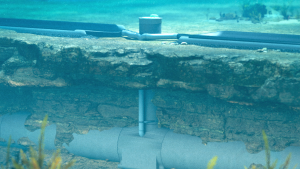 Despite the magnets in the hydro-turbines, the Ocean Battery does not require any rare earth materials. The rigid reservoirs are constructed from eco-friendly concrete and most likely will last at least over a century. Moreover, the scour protection of the Ocean Battery forms almost an artificial reef in between a wind farm and provides a haven for marine life to grow.

Although the current developments in Ukraine show that security of supply is extremely valuable under normal market conditions, innovations can only be implemented at a high speed if it adds value to the market. At the current share of renewables in the power mix, an Ocean Battery system can increase the net present value by €2.7m of a single offshore wind turbine of 10 MW. This adds over €200m of value to a typical wind farm with a capacity of 750 MW. Therefore, with the introduction of the Ocean Battery, storage no longer costs money but makes money. 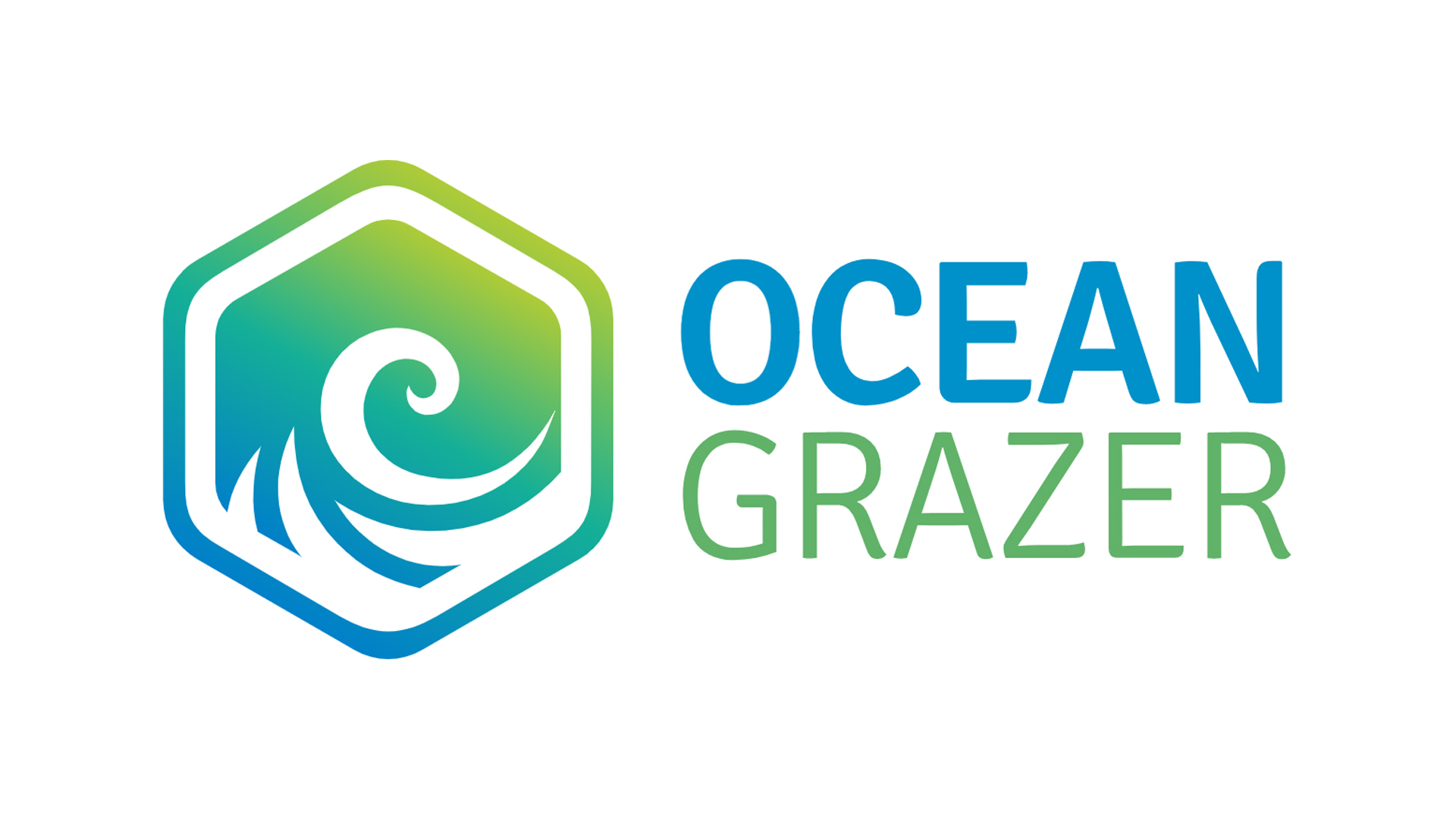 Share
Facebook
Twitter
Linkedin
Email
Print
Previous articleCircular energy storage: What does it mean and why is it important?
Next articleEloro Resources Ltd: Preparing for the future of tin