Train weighing: the only weigh to be sure 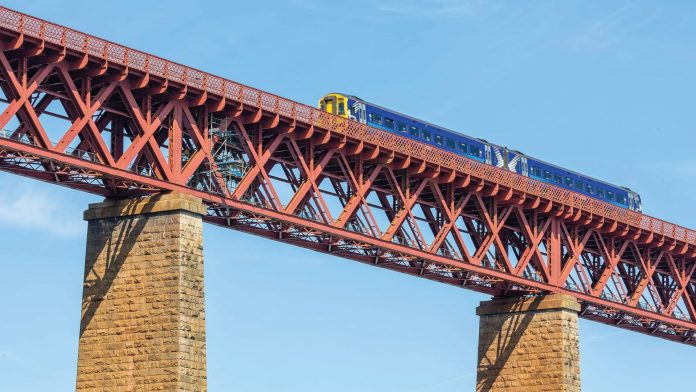 Weighbridge Services Ltd’s TrainWeigh department, based in Sheffield, UK, manufacture and supply precision train weighing equipment for the rail industry on a global scale. Their train weighing scales are one of the most accurate on the market, giving you peace of mind in the safety of the people, equipment and cargo you are responsible for.

To complement their current product portfolio, the TrainWeigh department have been advancing their existing in-motion train weighing scales, working closely with some of the world’s largest train operators. The developments made from this are revolutionary for the safety aspect of the rail industry.

After the horrific bridge collapse in Genoa, we were asked if it would be possible to provide a system that could prevent trains with imbalanced suspensions from entering bridges whilst also ensuring that the wheel weights were not overloaded.

The TrainWeigh department welcomed the challenge and created a train weighing system that could accurately weigh the trains at high speeds whilst also weighing each individual wheel of the locomotive, wagons or carriages. This ensures that every aspect of the train’s load was suitable to cross the bridge.

Extensive simulation and on-site trails were undertaken to ensure the scale was reliable, accurate and more importantly safe. During the trials the train weighing system was found to be so accurate that it was even capable of identifying the types and configurations of trains being weighed, with real time data output and reporting.

This challenge then prompted further questions. Could the system be used to automatically stop trains from breaching the safe load limits?

The TrainWeigh department then started to look at removing this possible risk from the equation completely. By incorporating the advantages of their existing automated train weighing system and adding the ability to link the software into various third-party applications it allowed extra safety measures to be put into place. This allowed the capability to create bespoke systems that would be capable of weighing the train in motion, checking the balances of each wheel, calculating the total weight and alerting safety systems of any issues almost instantaneously. When alerted, the braking system on the train could be automatically activated, safely slowing and stopping the train before any incident could occur. Onboard displays could then relay any issue to the drivers who can then react accordingly. We call the scale DPS.

The DPS also provides wheel flat detection and monitoring: the embedded software can check for damaged wheels or vibrations. This wheel flats detection system will interrogate every wheel looking for flat spots that can cause the wheel to fail and crack. The real time data can be configured to safely stop the train or identify for further investigation.

Weighing is a must for control of costs. From avoiding overloading fines and damages to accurate weighing of goods in and out. Of course, safety and security are also paramount, and our train weighing system will ensure you are always within the given parameters. The system will highlight any dangers that could occur and allow you to correct them before an incident can happen. This knowledge can literally save lives, damages and losses.

The Trainweigh flagship product is the AX-Series mobile train weighing scale. Available in static or in motion weighing configurations, our AX-Series scales can greatly benefit any train operator or manufacturer, offering a multitude of tests ranging from individual wheel weights, axle, bogie, wagon and full train weights. The AX is an invaluable piece of equipment for all passenger train, freight train and workshop operators.