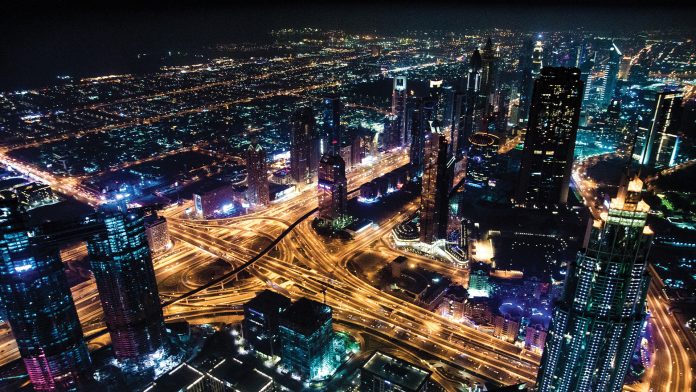 ATG Access Managing Director Gavin Hepburn discusses how the challenges posed by urbanisation can be overcome with smart city technology.

Over the years, the world in which we live has become increasingly urbanised. There are now more people living in cities than in rural areas, and that number is continuing to rise. In 2014, the urban population accounted for 54 per cent of the total world population; and this is set to reach 66 per cent by 2051. In the UK specifically, over 80 per cent of the population is expected to be urbanised by 2032.

This progressive urbanisation of our society has brought with it a number of challenges, including overcrowding, congestion and increased security risks. Considering this, it is clear that our cities must be rethought in order to better reflect the demands of modern life, which has in turn given rise to the concept of the “smart city”.

A smart city incorporates technology, such as artificial intelligence (AI), GPS tracking and the Internet of Things (IoT), into its physical infrastructure in order to improve public services, make its citizens safer and improve overall quality of life. However, despite widespread global investment in the digital transformation of public spaces and the smart city concept – global spending on smart city technology is anticipated to hit $80 billion (€71.65 billion) this year – UK smart city adoption has thus far been relatively slow. While the UK has been taking proactive steps to implement some of these technologies, when looking at global smart city frontrunners such as Singapore, it becomes clear that there is still a lot more progress that can be made in the UK.

Singapore’s ambitious, government-led Smart Nation initiative aims to merge technology into every aspect of daily life on the island and has made it the indisputable leader when it comes to smart mobility, safety, healthcare and convenient administrative services. So, with such far-reaching benefits and the technology readily available, what are the barriers to further adoption of smart city technology in the UK?

The task of achieving smarter, more connected cities in the UK lies with local councils, who are facing growing strains on their already restricted budgets. It was reported at the end of last year that their government funding is being reduced by 36 per cent in 2019. Although smart city technologies have the potential to streamline processes and save councils money in the long term, projects to implement them can be expensive. It is therefore easy to see why, with budgets so strained, they are sometimes forced to focus on the short term when it comes to allocating spending.

However, the good news is that with UK smart city adoption being recognised as a priority for ensuring future prosperity by the government, there is external funding available that cities can apply for to help them on their journey. In 2013, Glasgow was awarded £24 million (€28 million) in funding from Innovate UK to become a future city demonstrator site, developing digital infrastructure and data initiatives to make it an interconnected smart city. A 2017 report showed that the programme has delivered a return on investment of £144 million (168 million), highlighting the value of investing in these technologies.

Lack of collaboration and prioritisation

In order for local authorities to allocate adequate funding to smart city projects, they first need to have an in-depth understanding of the benefits. Yet a report by smart lighting specialist firm Lucy Zodion found that over 80 per cent of councils do not have an appointed lead for smart cities; and many confessed to low awareness of the topic and what it could mean for them.

Another obstacle to implementation is a lack of collaboration between local government services and departments on UK smart city adoption, which can hinder progress. Due to complex internal structures, local authorities’ attempts to tackle various challenges can be disjointed. As a result, projects are often built to solve a single problem in a single department, creating “islands of automation” which duplicate expenses while making it difficult to share systems or data.

Reconciling urbanisation and smart cities requires a system-wide view and an integrated, cross-departmental approach. For instance, a city department can drastically cut the development time for a new application by reusing data and software modules already created by other departments.

While educating local government employees about the benefits of smart cities is crucial, it is equally as important to find ways to raise public awareness. Consumer support will be vital for any councils embarking upon smart cities projects, yet research has shown that, as things stand, 68 per cent of people in the UK do not know what a smart city is, and 26 per cent of people even find the concept of a smart city worrying.

Encouragingly, the consumers who are aware of smart cities are mostly very optimistic about the effect the technology could have; with 74 per cent believing that smart city measures would help to improve day-to-day issues. Interestingly, attitudes seem to be most positive towards the solutions with the most direct, tangible benefits, such as those that would reduce congestion.

Of those people that do know what a smart city is, the research found that 24 per cent would be happy for a portion of their taxes to go towards implementing smart city technology. However, this figure rises sharply to 57 per cent when it comes to smart traffic lights specifically. This would suggest that any education programmes should focus on highlighting the ways other solutions would be equally, but perhaps less obviously, beneficial to the lives of citizens.

As our cities become more and more densely populated, it’s becoming clear that our current urban infrastructure is no longer fit for purpose. Implementing widespread UK smart city adoption will be key to easing the issues caused by progressive urbanisation, while also offering councils significant return on their investment. It’s therefore crucial that we continue to build on the momentum we have already started generating, and work to tackle the obstacles currently holding us back.