Uncovering the nature of dark matter to better understand the Universe

Physicists in Norway are extending their involvement in the international efforts to understand dark matter in order to better understand the origins of the Universe and gain an insight into the most extreme and unusual phenomena in the Universe.

ATLAS and CMS, experiments at the Large Hadron Collider at CERN found the last missing piece of the Standard Model of Particle Physics, the Higgs boson. This brought us closer to understanding the matter we are all made of. However, Dark Matter is about five times more abundant than the ordinary matter, yet we do not know what it consists of. Dark Matter is a necessary ingredient for the formation of structures in the Universe, as e.g. our own Galaxy, and is thus indirectly responsible for the origin of life. A wind of Dark Matter particles is blowing through our Galaxy, with thousands of such particles passing any teacup every second. Perhaps the most telling “pictures” of Dark Matter clusters have been obtained with gravitational lensing techniques (picture above).

Physicists in Norway, at the University of Bergen and University of Oslo were closely engaged in the Higgs boson discovery as a part of the ATLAS experiment at the Large Hadron Collider, and earlier in the Higgs boson hunt at the DELPHI experiment at the Large Electron Positron collider, also at CERN. Thanks to the long-standing support of “CERN-related” research by the  Research Council of Norway, the fundamental physics of probing the matter and the Universe in its very depth became an important part of Norwegian science.

Nowadays, Dark Matter is one of the most exciting open questions of modern physics, where the large body of international research is involved. No particle in the Standard Model fulfils the required properties that manifested themselves in several independent observations; the structure formation, the cosmic microwave background and the rotation speed of stars in spiral galaxies, to name just a few. The hunt for Dark Matter is closely connected to the search for new elementary particles. Its detection would not only provide important clues to picture the Early Universe but would also help to extend our understanding of matter at new energy frontiers. Uncovering the identity of Dark Matter would be one of the truly revolutionary discoveries of our time. Norwegian physicists have a long-standing tradition to hunt for new particles at colliders. Now, the 1.5 million euro project “EarlyUniverse”, supported by Norwegian Financial Mechanism 2014-2021, will link collider physics to the mysteries of the Early Universe. The project is a collaboration between the Theoretical Physics at the University of Warsaw and Experimental Particle Physics at the University of Bergen, coordinated on the Norwegian side by Anna Lipniacka. Together, these groups will study how new particles that can be produced at colliders, including Dark Matter particles, affected the development of the Early Universe to give the one that we live in today.

Dark Matter is also one of the Key Science Projects of the Cherenkov Telescope Array (CTA), a next-generation observatory for gamma-ray astronomy. Norway has been a member of the preparatory phase of this ESFRI landmark project since 2012. Now, three Norwegian research groups at the University of Bergen, University of Oslo and Norwegian University for Science and Technology bundle their forces to join the construction phase of Cerenkov Telescope Array Observatory (CTAO). The Research Council of Norway’s funding decision will determine the likelihood of their success.

The CTAO, which entered the pre-construction phase in 2018, is a unique international research facility in astro-particle physics, which can give excellent insight into the nature of Dark Matter by registering high-energy photons from the Dark Matter  annihilation in the Universe. CTAO secures a major improvement in sensitivity compared to what is achieved today. It will have a 10 times higher sensitivity than any of the presently existing observatories.

CTAO will look at the sky in higher energy photons than ever measured before. The cosmic particle accelerators it will probe can reach energies inaccessible to man-made accelerators like the Large Hadron Collider. CTAO’s unique capabilities will help to address some of the most perplexing questions in astrophysics. CTAO will seek to understand the impact of high-energy particles in the evolution of cosmic systems and to gain insight into the most extreme and unusual phenomena in the Universe.

With its unprecedented capability of exploring high energy phenomena, CTAO could be an important pillar of Norwegian Dark Matter research. Exploitation of CTAO data would complements the ongoing Norwegian efforts of DM searches at the Large Hadron Collider, with the ATLAS experiment.

The Research Council of Norway’s 2010 review of physics research in Norway suggested widening the scope of astronomy and astrophysics research in Norway as a tool of recruitment to hard sciences, as well as an opportunity to enhance the University education with advanced computational and mathematical methods. This potential is well exploited on an international level but, so far not sufficiently in Norway. Joining CTAO could change the situation. Thanks to an open data access policy of CTAO, students and high schools could observe the highest energy phenomena in the Universe, participate in data analysis at the Norwegian Virtual Laboratory and visit the camera sites.  High school students would have future perspectives to join CTAO and influence the choice of observations and key science projects within the observatory. This could be the important pillar for Norway as a nation that educates and enables future choices.

The group of Norwegian researchers immediately interested in contributing to the construction and exploitation of CTAO spans three research institutions.

Julia Djuvsland, a member of the Bergen team, has received a prestigious grant from the Research Council of Norway, “Young Research Talents”, “Searching for Dark Matter with Light” for the years 2020-2024. The CTAO exploitation in search for Dark Matter is the main goal of this project. Djuvsland is a Dark Matter expert and she has long standing experience from the ATLAS Collaboration in exploitation of computing infrastructure. Giacomo D’Amico who recently moved from Munich to Bergen, is presently employed as a postdoctoral researcher in the “Searching for Dark Matter with Light” project. He was a member of the MAGIC Collaboration, a precursor observatory of CTAO. He contributed to several seminal publications on the observations of the High Energy Universe and bounds on New Physics resulting from them.

Anna Lipniacka, the project leader of possible future Norwegian CTAO engagement is one of the initiators of Norwegian involvement in experimental astroparticle physics. University of Bergen  presently hosts an outreach detector in astroparticle physics integrated in the Italian Extreme Energy Events Network.

The Norwegian University for Science and Technology (NTNU), has a new associate professor in astroparticle physics, Foteini Oikonomou. She has a strong track-record in High-Energy Astrophysics, including Multi-Messenger Astrophysics. Michael Kachelriess, professor at NTNU, has a strong track record in astroparticle physics, with works covering both indirect Dark Matter searches and the study of astrophysical sources of high-energy photons. The NTNU group would ensure the astrophysical exploitation of CTAO in addition to Dark Matter searches. Moreover, there is a tradition of outreach activities and research education in astrophysics at NTNU. This project endeavours to place Norwegian CTAO Virtual Laboratories at NTNU to enable Norway-wide outreach exploitation of CTAO public data.

An often-asked question is- why should small country like Norway should even be interested in what makes 85% of matter in the Universe? A better question is, why not? Norway has many tools at hand to contribute to the discovery of the nature of Dark Matter. Discoveries tend to change perspectives on our place in the Universe and on the possibilities of the future.

This report is supported by Norwegian Financial Mechanism 2014-2021,
grant DEC-2019/34/H/ST2/00707, L Melzers Hoyskolefond. Support of the Research Council of Norway (RCN) is acknowledged. 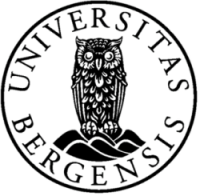