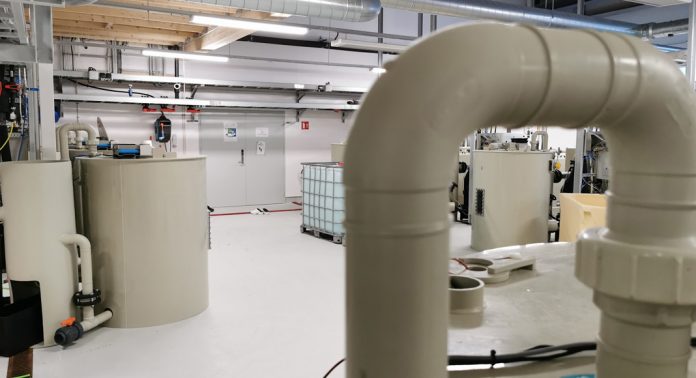 Marineholmen RASLab CEO, Mark Powell, explains the basis behind recirculating aquaculture systems technology, which in recent years, has been an area of significant focus in the aquaculture industry.

In recirculating aquaculture systems (RAS), water is recirculated in excess of 90%, with less than 10% of the system volume or flow replaced with new water per day. Therefore, such systems benefit from maintaining a stable temperature, smaller foot-print, and higher production biomass per unit volume of water used. The benefits do not come without high technological investment and the associated capital and operating costs. However, the benefits outweigh the costs significantly with shortened production time and improvements in fish health and welfare, allowing the production of fish and seafood close to markets, thus reducing logistical constraints. These advantages are possible because of technological innovation and careful management of the RAS system. Here, we explain the principal elements of RAS and how technology and biology is driving innovation.

Any intensive production system is going to produce solid (faecal) wastes from the fish. The amount can vary significantly with species and diet. The stability of the faeces is critical in its removal from the system. The presence of organic matter in the water will lead to a blooming of heterotrophic bacteria, and up to 60% of the oxygen can be consumed as a consequence.

The removal of settleable faecal waste and excess (uneaten feed) is most commonly undertaken by gravitational settlement in settling tanks, channels, cyclones, or screen filters. The efficiency of these will depend upon the density and stability of the particles, flow rates, and water turbulence.

Particles that break up become suspended in the water column and are removed by screen (typically a drum screen filter) or matrix (sand filter) filtration. As RAS has become a mainstream method of fish production, major feed suppliers are now producing diets specifically for RAS, resulting in denser and more stable faecal material for more efficient removal. RASLab has been working with companies to test refinements in diet and monitoring methods for waste feed to better accommodate the demands of RAS systems. 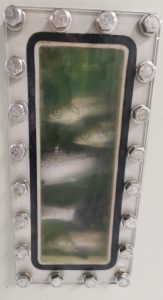 Ammonia is the primary nitrogenous waste product from fish. Low levels of ammonia (NH3) and ammonium (NH4+) are toxic to fish, the relative amount of each being dictated by the pH of the water and temperature. In conventional RAS, ammonium (NH4+) is converted to nitrate (NO3–) by bacteria in biofilters, where the nitrifying bacteria together with other groups of bacteria colonise the surface of the biofilter media. In the first step of nitrification, ammonia is oxidised to nitrite by ammonia oxidising bacteria (e.g., Nitrosomonas sp).

Nitrite can also be toxic, competing for entry into the fish via Cl- transport proteins in the gills and oxidising blood haemoglobin forming methaemoglobin which is unable to bind and transport oxygen.

The efficiency of the nitrification processes is governed by water chemistry and the careful balance of the biofilter microbiome, where ammonia oxidisers and nitrifiers may make up only 1-10% of the biofilter bacterial community. This whole process is ripe for innovation in which RASLab is working, including developing and steering bacterial cultures to improve biofilter efficiency, providing tools for monitoring biofilter development including paradigm shifts with technologies to replace conventional biofilters.

Even with solid and nitrogenous wastes removed, the water is laden with carbon dioxide. At 30 times more soluble than oxygen, the removal of CO2 poses a significant challenge. The use of vigorous aeration to drive off CO2 is most common, although with limited efficiency – an area where new thinking is desperately needed.

Finally, water is heated or cooled, and sometimes disinfected. Disinfection is a complex process. Typically, methods that reduce potential pathogen and heterotrophic bacterial loads to levels that do not affect fish health and welfare are applied. These methods often involve ultraviolet disinfection (UV wavelength of 254 nm is disruptive and damaging to bacterial, protozoal and viral DNA and RNA); or using ozone (O2) or other oxidative disinfectants (hydrogen peroxide, peracetic acid etc.). The risk with the latter processes is that residual ozone or oxygen free radicals are highly toxic to fish and therefore need careful management. The final oxygenation of the water provides the necessary oxygen for the fish as the water is returned to the fish tanks. 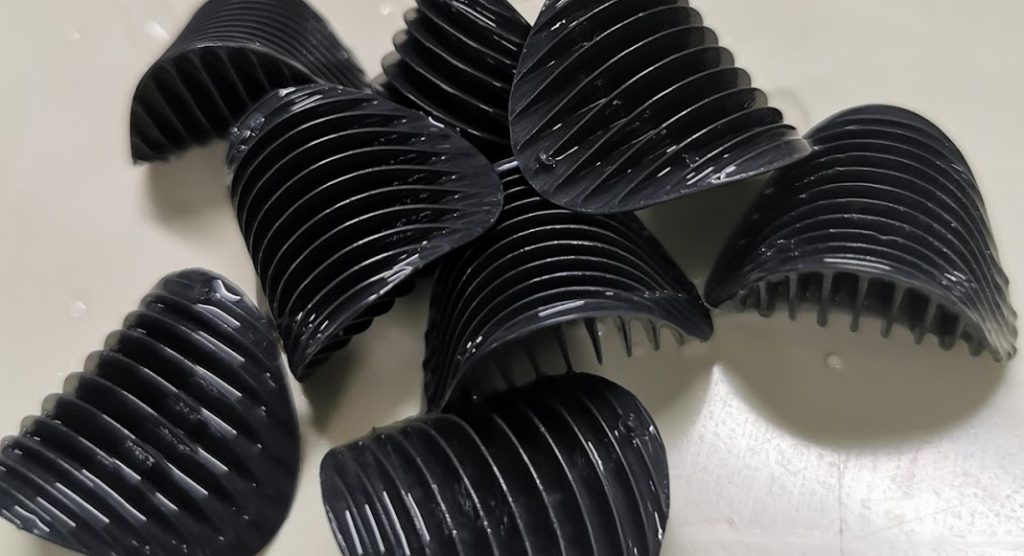 No two RAS systems perform exactly the same. Inherent variation between system design and operation means that new technological innovation requires performance comparison by testing in multiple systems. Marineholmen RASlab facilities allow for this with 12 identical 2,500 litre systems able to operate under a range of water salinities and temperatures. Tackling the development of new disruptive and emergent technologies for application in RAS alongside improvements in existing technology is providing the tools and services for us all to continue ‘innovating the future of aquaculture’.