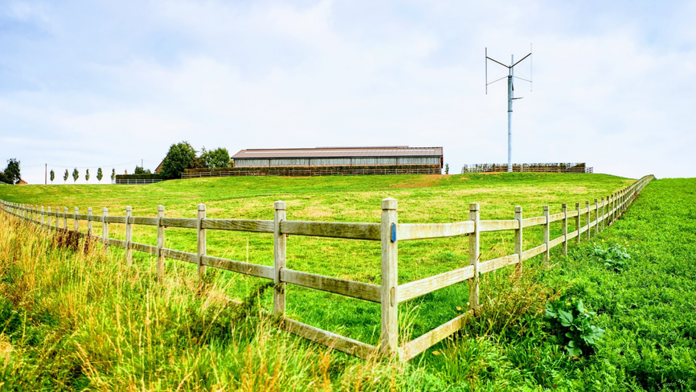 Using wind power for electricity production is a necessity if we want to achieve the ambitious CO2 objectives set out at COP26. The wind energy industry has grown significantly in recent years, and ongoing innovations have created important improvements in efficiency.

However, one rule seems to apply to all projects: searching for winds at higher levels with taller wind turbines. The explanation for this trend is that winds are stronger and have a more laminar flow at higher levels. But, by disregarding lower-level winds, opportunities to produce efficient renewable energy will be missed.

Today, small wind turbines offer great potential to ensure a local and renewable energy supply.  Technologies have evolved significantly over the last few years and people are looking for alternatives.

Nevertheless, at lower levels, wind is more turbulent. Wind speed and direction will be impacted by hills, mountains, forests, and buildings. Therefore, small wind turbines are still considered to be less profitable investments.

However, this perspective disregards an important insight about small wind turbines, namely that they are intended for self-consumption. A large wind turbine will feed directly into the power grid and therefore must be competitive with other conventional energy sources – hence the trend of increasing size and height. Small turbines, however, are intended for local and direct use. The owners of a small wind turbine will benefit directly from its electricity production, as they would from a solar panel installation. This makes the profitability calculations entirely different, broadening the opportunities for small turbines. 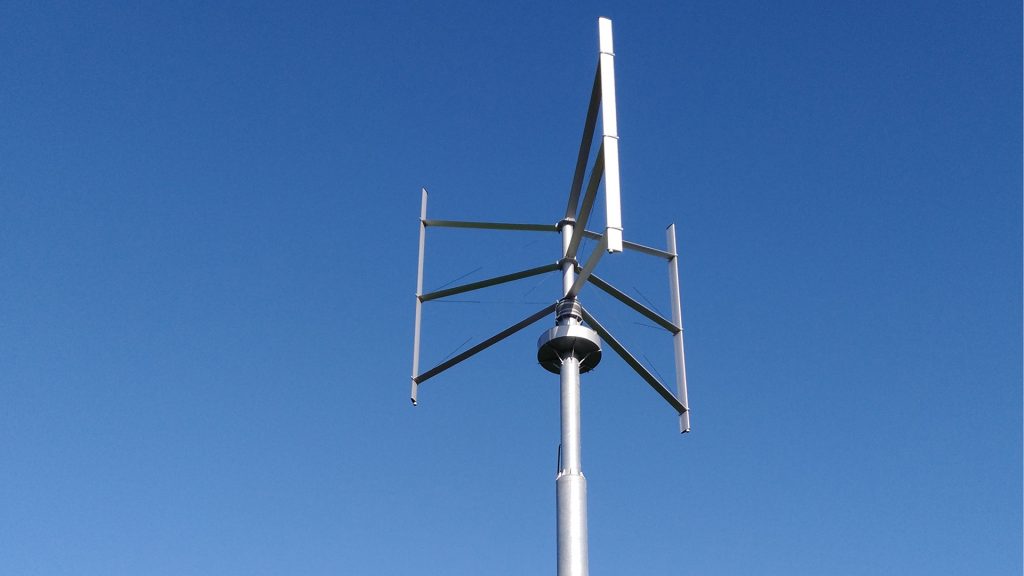 Amongst the various technologies available for small turbines, vertical axis wind turbines (VAWT) do have a range of significant benefits, including those listed below.

A VAWT can catch wind from any direction, as opposed to horizontal axis wind turbines which need to be oriented towards the wind to function. They need to be equipped with either a mechanical or free system with a weather vane. But, as low-level winds are turbulent and ever-changing, they force horizontal axis turbines to very frequent reorientations.

Another advantage of vertical axis wind turbines is their mechanical simplicity. This has a direct positive impact on the maintenance frequency, on the number of breakdowns or failures, as well as on the amount of wearing parts.

Blades of a vertical axis turbine rotate at identical speed over their entire length. While horizontal axis turbines have a significant speed difference between the tip of the blade and the centre of the rotor, this and the regular passing of the blades by the mast create higher noise levels.

With a smaller mast and blades rotating vertically around it, VAWT are less visible. Experience shows that they are barely noticed in the surrounding landscape.

Interestingly, VAWT technology is anterior to horizontal axis wind turbines. The earliest traces of wind turbines were found in Old Persia, dating back to the 7th century AD. These were open towers with vertical sails named ‘Panemone’.

Vertical axis turbines are often considered to be less efficient and to have a lower power coefficient (conversion of the wind energy in electricity). However, recent developments, which allow vertical axis wind turbines to obtain similar power coefficients, challenge this idea. This shows the importance of choosing specialised companies, that have a vast amount of knowledge and experience in their field.

Energy mix: The future of consumption

More and more businesses are looking for energy solutions that will provide them with a certain energy autonomy. Agricultural and industrial companies are becoming increasingly concerned by the quality of their electrical supply and their carbon footprint. Therefore, they should consider investing in efficient renewable energy production. Many turn only towards one solution, namely solar panels, which nowadays offer very interesting returns on investment.

However, there is a clear benefit in using several sources of electricity production as they can complement each other. For example, wind turbines have their highest production rates in autumn and winter, while for solar panels this happens in summer. This seasonality in production, coupled with the continued production during the night, makes wind energy a smart choice when considering an optimal energy mix.

One of the main challenges of businesses investing in their own energy production is to maximise their consumption of this energy, as this increases the return on investment. To achieve this, modern and attractive solutions exist, such as smart software systems to manage the production, consumption and storage of electricity. These systems enable you to achieve up to 100% of self-consumption, and even, in some cases, can make a business fully independent from the power grid.

At Sistan, we believe that the energy transition requires making the most of locally available renewable resources. As a company, we are aiming to bring reliable and secure solutions for local power generation.

A first step in Antarctica

In March 2020, a commercial collaboration started between Fairwind, a sister company of Sistan, and the Alfred Wegener Institute (AWI), a German institute for marine and polar research, with the objective to place several wind turbines, adapted to polar conditions, at their meteorology research station, the Neumayer-Station III, based in Antarctica.

Placing a turbine in Antarctica presents a number of technological challenges, mainly linked to the extreme weather conditions. The wind turbine and all its components need to be able to function under extreme temperatures. Moreover, the permanent presence of snow in the air, ice formation on the blades, and frequent and significant wind gusts are some of the elements that necessitated to review the entire conception of the wind turbine to adapt it to the polar conditions.

A test in the largest climate chamber in Europe has been held in partnership with Sirris, the collective centre for and by the technological industry in Belgium, which helps Belgian businesses in their research and development processes.

The first vertical axis wind turbine is set to be operational in Antarctica by early 2023.

The Australian Government has approved a series of grants to aid development of the critical mineral resources industry.
Read more

Topsoe and First Ammonia, have entered a collaboration that will see the companies elevate zero emission ammonia production
Read more

Decarbonising energy systems could save the planet trillions

University of Oxford research suggests that decarbonised energy systems could save the world at least $12 trillion compared to fossil fuels.
Read more