Dr Thomas Shahady, Professor of Environmental Science at the University of Lynchburg, discusses the potential impact that water pollution has on climate change.

A frontier in water pollution science has emerged that links processes occurring in inland waters and estuaries to our understanding of atmospheric greenhouse gasses and climate change. It involves sediment, nutrients and bacteria collecting on the bottom of these water bodies, resulting in the emission of greenhouse gasses (GHGs). Whilst many of these disciplines have been studied independently, linking each together is now painting a clearer picture of this emerging concern.

Our individual and now collective land use choices, various types of farmland practices, suburban neighbourhood development, urbanisation, and large-scale reservoir projects are all at the heart of the problem. As climate change exacerbates temperature norms, precipitation patterns, and deficiencies inherent in our built environment (roads, bridges, buildings, sewers), we will see methane and CO2 emissions from water resources develop into a concerning source of warming gas in our atmosphere. 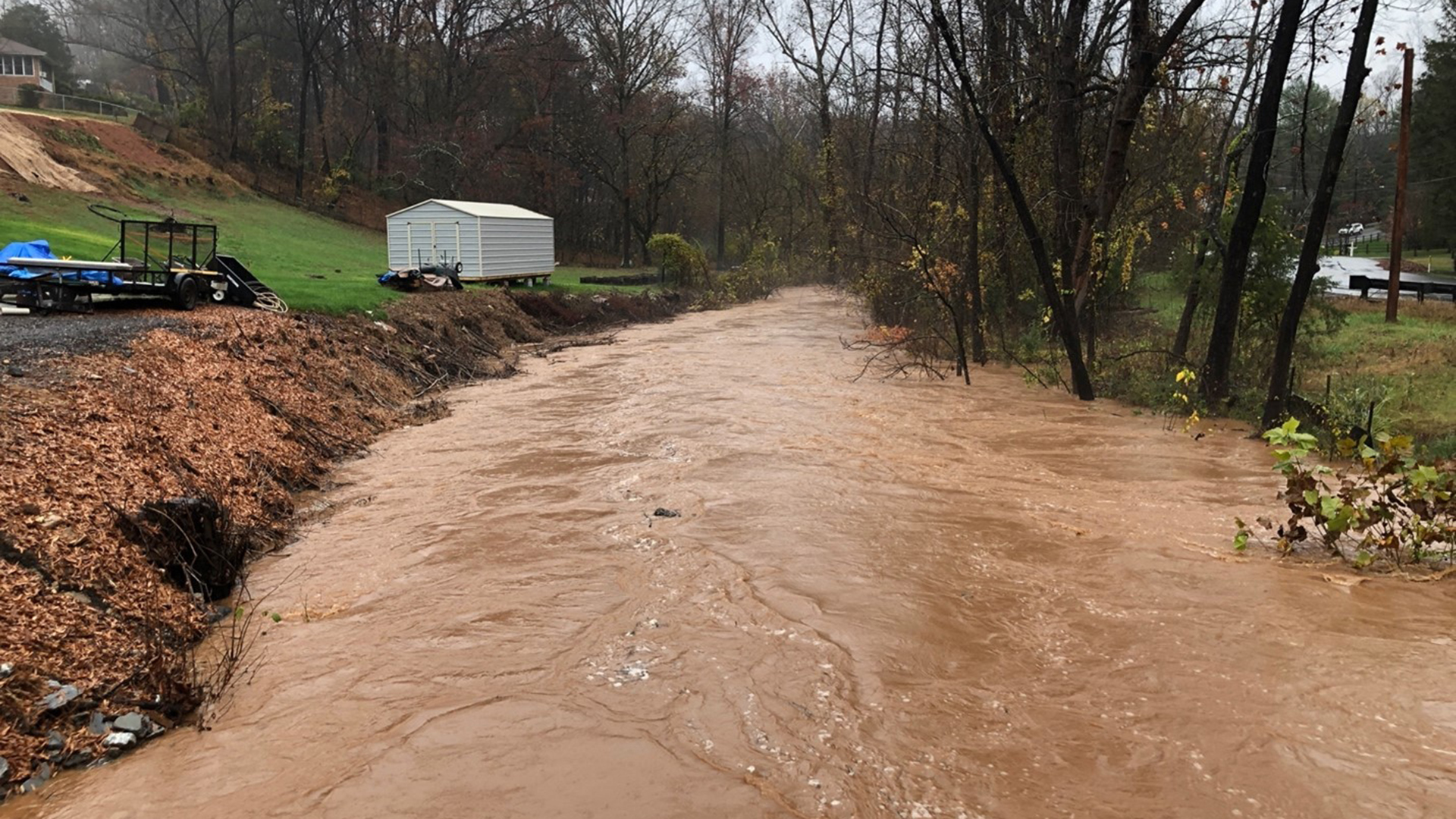 Sediment and an increase in greenhouse gasses

Water pollution is an extensive field of study encompassing a wide variety of impacts on water quality. One of the most prevalent of these pollutants is sediment. When river and stream flow increases, so does the sediment content. Water changes from clear to various intensities of black, brown, or orange depending on the surrounding soils. In addition to sediment, bacteria and nutrients flourish in these flood waters and can combine with sediment, facilitating extended transport into our lakes and estuaries. When combined with organic material, such as leaves, woody debris, sewage or refuse, an environment develops where this material is broken down, creating conditions for a build-up of gasses.

The source of the sediment, bacteria and nutrients is variable. We know sediment is composed of mixtures of sand, silt, and clay. The natural river course is dominated by silt, as this material easily moves and accumulates as a stream meanders, but more recent changes to our environment are bringing clay and organic matter in with flood waters. This material enhances the concentrations of bacteria and nutrients from upland areas and off newly eroded stream banks. These clays and organics can enter directly from surrounding land but also erode directly from stream banks as greater water volumes are delivered. Both of these forces, overland flow and riverbank erosion, are changing our river systems, lakes, estuaries and our atmosphere.

Many consider farmland to be a major contributor of sediment to streams. The removal of trees or other vegetation and exposure of soil to precipitation is an obvious problem. However, farming has incentives to conserve soil and many programmes are now in place to minimise direct sediment flow into rivers. The built environment is another concern and, during construction, it is clear that sediment pollution increases substantially. However, when construction has finished and much of the landscape is paved or covered, direct sedimentation slows. Precipitation, however, continues to be the ultimate problem. Its unpredictable nature, evolving intensities due to climate change and rapid discharge from the built environment, are causing erosion at unprecedented rates. Riverbanks and bottoms are now under siege from heavy flows that erode surrounding landscape, pouring tons of sediment into our water resources. Our built environment, predicated and constructed using historical precipitation tables, is now woefully inadequate. Even small low-head dams acting as sedimentation basins are being removed. Precipitation now flows from our mountains to our estuaries in a manner unseen in our history.

As this water slows, it will eventually deposit onto the bottom of lakes and estuaries. Here, the overlying water becomes oxygen deficient. This occurs when certain bacteria stimulated by nutrients and organic matter break these components down consuming oxygen in the process. As this overlying water is isolated from the surface, oxygen cannot be replenished. This is where organic carbon is reduced and methane is created.

This methane gas is 25 times more potent as a GHG than carbon dioxide. As this methane is generated in the sediment, it forms into a bubble of gas. When conditions reach a critical point, this gas bubble becomes ebulliated (bubbles) to the surface and is released. While the amount of methane gas produced and released in this manner is variable, we now know it is significant for global carbon budgets. We also know that temperature, extent and duration of oxygen loss, and concentrations of bacteria, nutrients and organic material in the sediment all contribute to rates of production. Our overarching climate concern needs to turn to water pollution acceleration and water resource release of methane into the atmosphere.

A holistic approach to water pollution

Integration of this realisation into climate change is a complex problem. We understand that ice cover regulates water pressure, minimising the release of methane. Thus, a minimal extension of the ice-free season throughout the artic and melting of permafrost will increase emissions substantially. Whilst movement away from fossil fuel reliance is suggested, greater demand on hydro or nuclear power and the building of large reservoirs associated with these projects increases the release of methane.

Continued development under outdated precipitation models stressing our current stormwater infrastructure exacerbates existing water pollution problems and methane release. In addition, a singular focus on the atmospheric flux – the burning of fossil fuels and terrestrial carbon sequestration – may be the greatest oversight of all. The environment is an integrated and interwoven system that must be understood holistically, suggesting water resources cannot be ignored. Whilst curbing carbon emissions from fossil fuels is a start, we need to turn our focus to pollution of water resources and clean them up, as they may become the predominate source of our climate problems.