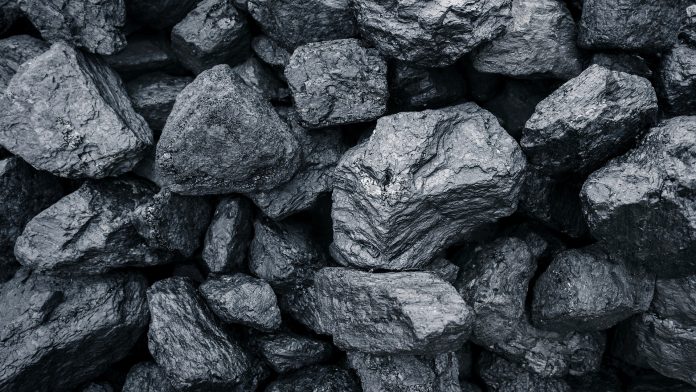 In the global effort to achieve the Sustainable Development Goals, materials with a low environmental impact are highly sought after for use in applications such as batteries and green technologies. A popular material used in such applications is graphite, and, as the most natural form of graphite, vein graphite is gaining particular interest as the plight to reduce carbon emissions heightens. Sri Lanka is the only country in the world to produce vein graphite in commercial quantities.

With sustainability at the core of its ethos, Ceylon Graphite is committed to the exploration and production of vein graphite in historic jurisdictions in Sri Lanka. In conversation with The Innovation Platform, CEO Don Baxter discusses the company’s plans to increase mining production in Sri Lanka in an environmentally friendly manner.

Can you tell us more about Ceylon Graphite and its history? How has the company developed and what are your key goals?

Ceylon Graphite is a public company listed on the TSX Venture Exchange (CYL:TSX-V), involved in the exploration and production of graphite in historic resource jurisdictions in Sri Lanka. It holds a land package constituting 121km² grids containing historic vein graphite deposits. These unique and comparatively higher margin vein (lump) deposits currently make up less than 1% of the world graphite production. These exploration grids represent the majority of known historic graphite resources in Sri Lanka. The relevant areas in which these grids reside have previously had historical production dating back to the 1920s and 1930s.

At the height of Sri Lankan graphite production, 3,000 mines were in production, compared to only three today. This unique moment in time where we are witnessing a global shift to reduce CO2 emissions may present the opportunity for Sri Lanka to return to a prominent place in world graphite production. Ceylon plans on at least ten mines, however growing demand will most likely mean that many more mines will be needed.

Ceylon will soon have two mines, K1 and M1, hoisting graphite at increasing quantities. We will sell some of the high-grade run of mine graphite as we also build a stockpile for secondary processing for lithium-ion battery anodes. The world needs millions of tonnes of graphite to be processed onto anode-ready material.

The goal of Ceylon is to process all our vein graphite into coated spherical graphite, ready for a lithium-ion battery anode.

What does the graphite mining landscape look like currently in Sri Lanka?

Sri Lanka is very encouraging of our development work and future plans to expand operations. Prior to World War II, most of the world’s graphite came from Sri Lanka. Ceylon is working with the various government ministries to restore some of the capacity as we show the benefits of processing the vein graphite into an anode material. Presently, the market for run of mine graphite is very small, however the demand for anode-ready natural graphite is projected to be beyond four million tonnes by 2030.

What are the key performance benefits of natural vein graphite for commercial use?

Ceylon’s unique natural vein graphite material outperformed an industry standard synthetic graphite with a discharge capacity of 165 mAh/g, as compared to the industry standard of 153mAg/g. Cycling showed a very small loss in capacity on 50 cycles. We believe that the impressive performance of our vein graphite material is due to: the high crystallinity of vein graphite, the high purity and further purification technology and our proprietary coating and spherodizing technology.

Ceylon has a mine-to-battery strategy that will maximise the value of our high-grade Sri Lankan vein graphite by transforming into anode graphite for the rapidly growing lithium-ion battery market.

Can you elaborate on the process of mining high-grade vein graphite? Why and how is it more environmentally friendly than the processes for other natural graphite?

All mining in Sri Lanka is small-scale underground mining. This mitigates the use and clearing of large tracts of land typically seen in large-scale surface mining operations. Due to the high grade of the vein graphite in the ground, it can be selectively mined and does not require primary processing as all-natural flake graphite must be concentrated to grades of 95% Cg, equivalent to our run of mine vein graphite. This means that we do not have to build an expensive primary processing plant, complete with tailings ponds and effluents from crushing, grinding, and processing circuits. Elimination of primary processing reduces our CO2 footprint in relation to flake. Both flake and vein graphite will have a lower CO2 footprint that synthetic graphite. We have shown that synthetic graphite can be replaced by vein graphite.

Is Sri Lanka well positioned to meet the growing demand for graphite as battery demand increases significantly? Are more resources needed to cope with a spike in demand?

The key fact is the world requires an increase of production of processed graphite for use in lithium-ion batteries, potentially millions of tonnes. Sri Lanka once had 3,000 mines producing vein graphite. Ceylon’s goal is to bring as many mines online as the market will demand. We have 121 grids that contain many of the past producing mines and we will also look for joint venture opportunities to provide near-term production and offtake opportunities to supplement our own production.

How are you working to support battery manufacturing capacity internationally?

We are working with our partners, Warwick University and University College London (UCL), in the UK presently to make batteries with our processed vein graphite to show the OEMs just how well vein graphite works in battery technology. We continue to optimise our process, as well as develop enhanced anode material with our proprietary nano-silicon additives.

As we continue to work and publicly release our data, we are liaising with various OEMs that have realised they need to move quickly to secure supply for the battery plants being announced. We are having conversations that would not have happened a year ago. Critical material supply chains have become a prominent concern. Graphite, once an overlooked battery material, is now included in the critical supply lists of Western governments and major OEMs.

It is also important to note that Ceylon is the first to process vein graphite into an anode material to produce batteries. The natural properties of vein graphite make it a superior product to natural flake graphite. We are showing various OEMs that they may have some alternatives to not only synthetic graphite, but to natural as well. The world will need millions of tonnes of anode graphite, and we are showing that Sri Lankan vein graphite can be a meaningful supplier of high-quality, high-performance material.

Ceylon Graphite has internal expertise for secondary processing of graphite, as well as the ability to optimise and enhance its anode material. This is a unique position in the space as most graphite companies will not possess this internal expertise and will rely on external service providers.

What are your plans for 2022 and beyond?

We will have at least two mines hoisting graphite, in increasing quantities, by mid to late summer. We will have some commercial sales of our run of mine product, and we will maintain a few tonnes to process into coated spherical graphite to provide larger samples, as we expect more sample requests for larger quantities of our material.