When worlds collide: why energy companies should work with start-ups

To begin this article series, Elena Bou, Innovation Director, EIT InnoEnergy, explores the philosophy of open-innovation and how to ensure the success of an energy company/start-up collaboration.

Skim read the annual report of a major energy company from 2010 and you won’t come across many instances of the terms: ‘innovation’ or even ‘start-up’. Now, even the slowest moving established energy companies recognise that innovation is key to survival in a changing market and that collaboration with start-ups is a good way to go about it. But that is not to say that it is simple, or that it always works. When the worlds of energy companies and start-ups collide, it takes careful planning and management to ensure the right outcome.

This article series by Elena Bou, Innovation Director, EIT InnoEnergy, explores the philosophy of open innovation that underpins good collaboration, as well as the why, how and where of how to make a success of energy company/start-up collaborations, drawing on best-practice from EIT InnoEnergy’s experience along the way.

Of course, energy companies have always been innovators. Since Thomas Edison first fired up the New York Pearl Street power station in 1882, a parade of innovations in power generation, transmission and distribution have steadily laid the foundations for modern society. However, the consumer of the early 21st century is quite different to their early 20th century counterpart. We demand more: more variety, more novelty and more energy. The pace of change has accelerated. It is less than 13 years since the first iPhone launched – how many smartphones have you worked through since then?

The energy world is not fundamentally different. Maybe we don’t work at quite the breakneck pace of consumer technology, but the same pressures exist: demand for new products, brands and options. Where does that leave research and development teams built for and accustomed to a slower product lifecycle? Exhausted. By the start of the 2010s, the behind-closed doors model of innovation was showing its limits.

Opening up at an opportune time

One option would have been to simply expand headcounts and increase spend. However, a new approach to innovation had been building momentum in other sectors, offering the energy industry a tantalising new way to find fresh ideas and technologies.

Henry Chesbrough coined the term ‘open innovation’ in 2003, which can roughly be defined as blending internal with external ideas and paths-to-market to advance technology. It stands in stark contrast to the traditional secretive corporate research lab.

By the time the energy industry cottoned on to the approach around 2012, it was well established. In this sense, the energy sector enjoyed something of a second-mover advantage, with a well-developed field of open innovation approaches and experts to choose from.

Lateness should not be confused with a lack of enthusiasm though – the energy sector has well and truly embraced open innovation and there has been a marked shift in motivation. While early adopters used open innovation to accelerate new products to market, today 80 per cent of energy companies apply the approach to gain access to new business models instead. This compares to 65 per cent in other industries. The most common way to do so is to look for outside knowledge and bring it into the organisation, which occurs mainly through collaborations with start-ups.

Why have energy companies so wholeheartedly embraced open innovation after over a century of siloed thinking? Simply put, because they sense change in the air. Consensus has emerged that old business models will fade away in the future, that the industry is undergoing a paradigm shift.

Decarbonisation, decentralisation, digitalisation, electrification of heat and transport and yes – ever-higher consumer expectations – are changing the face of energy. This means that smarter iterations of the same products won’t cut it – entire new ways of doing business are required – hence the appetite for collaborating on new business models.

Despite such successes though, open innovation is not easy. The relationship between a company and a start-up is complementary but asymmetrical and complex. Even when both parties want the relationship to succeed it does not always happen.

However, since 2001, EIT InnoEnergy has supported the creation and growth of more than 330 start-ups, of which 90 per cent are partnering with corporations. Over that time, we have learned that, while there is no magic bullet, there are certain factors that work in favour of successful collaboration. In parts two, three and four of this series, we will look at the three golden rules of energy company-start-up collaboration: the why, how and where of open innovation in energy. 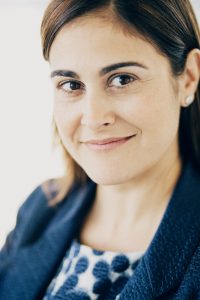 Elena Bou is the Innovation Director of EIT InnoEnergy. Bou also belongs to the executive board of the company, which she has been involved with since 2007.

Prior to her work on the founding team of EIT InnoEnergy, Bou worked in the field of management consulting, giving her the opportunity to manage and develop many European multinational projects.

How can we ensure citizens are safeguarded from rising energy prices?

Mariano Votta and Ginevra Varallo explore the energy crisis from the citizen perspective and the essential actions to combat energy prices.
Read more

UK has some of the least energy-efficient homes in Europe

Find out how the UK is trailing significantly behind many European countries in terms of energy-efficient homes.
Read more