Cenergia, the Centre for the Conservation of Energy and the Environment, was created in 1982 as a non-profit energy specialist association in the Technical University of Denmark.

It co-operates with a variety of public and private sector stakeholders to promote photovoltaics and energy efficiency in Denmark and beyond, including:

Additionally, the association advocates for the conservation of the environment and prevention of climate change through the development of new and renewable energies. In 2004, Cenergia began collaborating with the City of Copenhagen, the Solar City Copenhagen organisation, Copenhagen Energy and Kuben Management, and in the years since have launched many initiatives to introduce photovoltaics (PV) as an energy source in the city.

This booklet discusses the inspiration that Cenergia’s projects have taken from the implementation of PV technologies in the Netherlands, Switzerland and Germany, and how the association has worked with a number of local photovoltaics producers to contribute to the integration of the technology in the built environment.

Cenergia is working to ensure that low-energy targets can be met in practice by 2020, but also believes that there is a possibility of reaching a zero energy or even plus energy building standard. It has identified a number of housing associations and cities to partner interested in partnering on a dedicated campaign to make this aim a reality. This will also include research and innovation in developing building-integrated photovoltaics (BIPV) solutions.

A strong technology base exists for the use of BIPV solutions in Denmark, and the booklet also makes the business case for using photovoltaics panels to substitute for building materials in roofs and facades. Following that is a discussion of how BIPVs can be utilised alongside other low-energy solutions such as district heating and heat pumps, and different types of storage solutions, such as flow batteries, an area which the association will explore in the future. 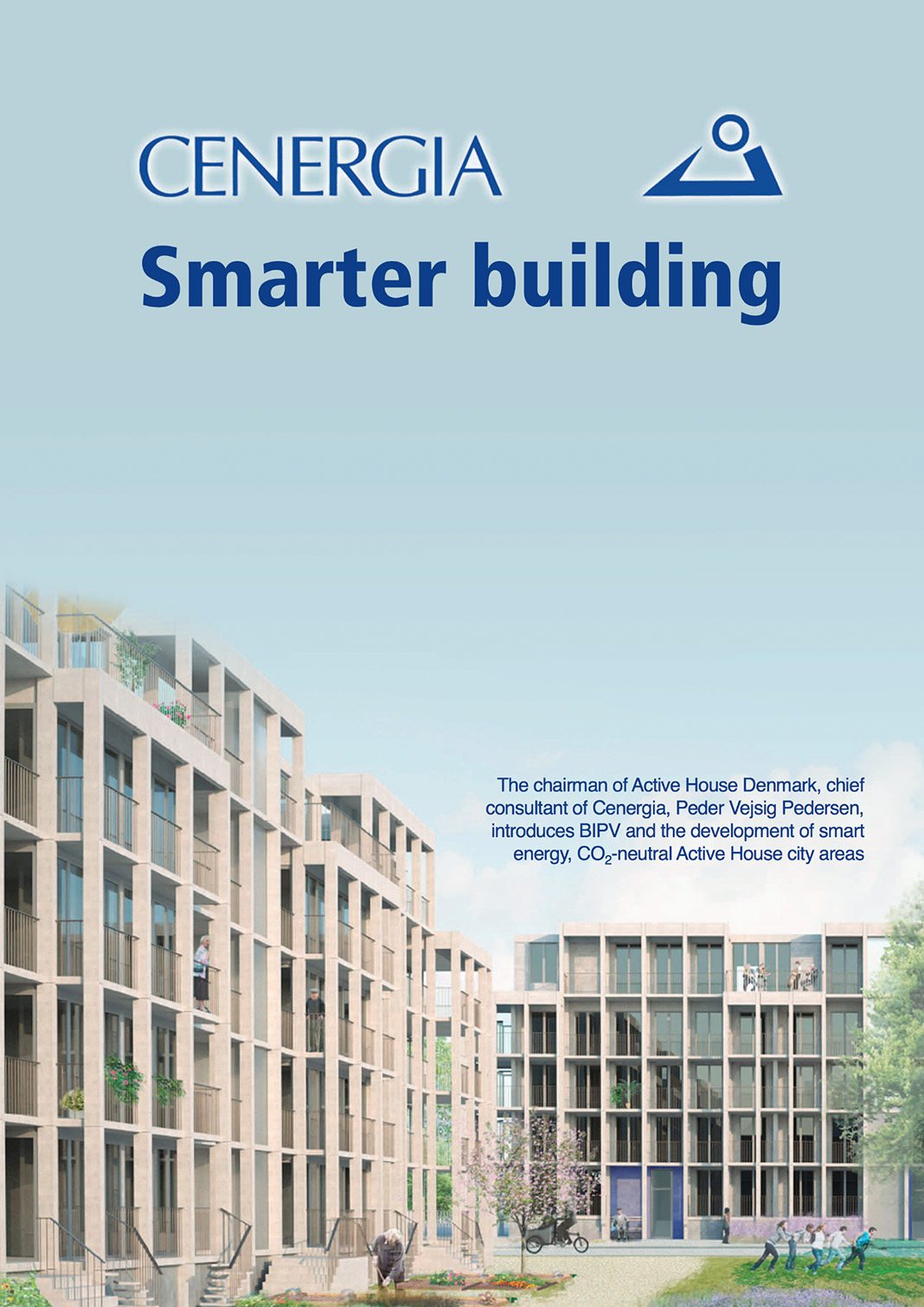