This eBook explores how HPQ Silicon is working towards delivering sustainable and reliable silicon, by reshoring the silicon metal market from China to North America.

Offshoring, including that of the silicon metal market, has played a critical role in global economic development over the last 30 years. However, it is plagued by environmental and labour-related issues. New and innovative technologies, such as reshoring manufacturing back to North America’s (NA) robust and regulated markets, would help reach the world’s plans for net-zero emissions.

The sector accounts for around 2-3% of global emissions, which is more than individual countries contribute. The International Maritime Organization (IMO) estimates that due to growing trade activity, this number could rise to 17%.

Offshoring heavy industry to these regions has contributed to a huge increase in manufacturing pollution, due to these environments running on heavy coal. HPQ is attempting to reverse environmental damage by developing the PUREVAP™ Quartz Reduction Reactor (QRR), designed to pioneer new and clean silicon metal production in the western world.

In this eBook, HPQ propose a new era of sustainable offshore marketing, by bringing silicon metal back to North America’s regulated markets. Topics include:

HPQ Silicon is a Canada-based silicon solutions company, who are working towards delivering silica and silicon-based material solutions required for the future of battery and electric vehicle manufacturing.

Along with the QRR, HPQ are developing several high value silicon products sought after by battery and electric vehicle manufacturers. In collaboration with PyroGenesis Canada, they are currently developing two new plasma-based processes, which will permit the low-cost manufacturing of High Purity Silicon Metal, spherical Nano-powders, and Nanowires. 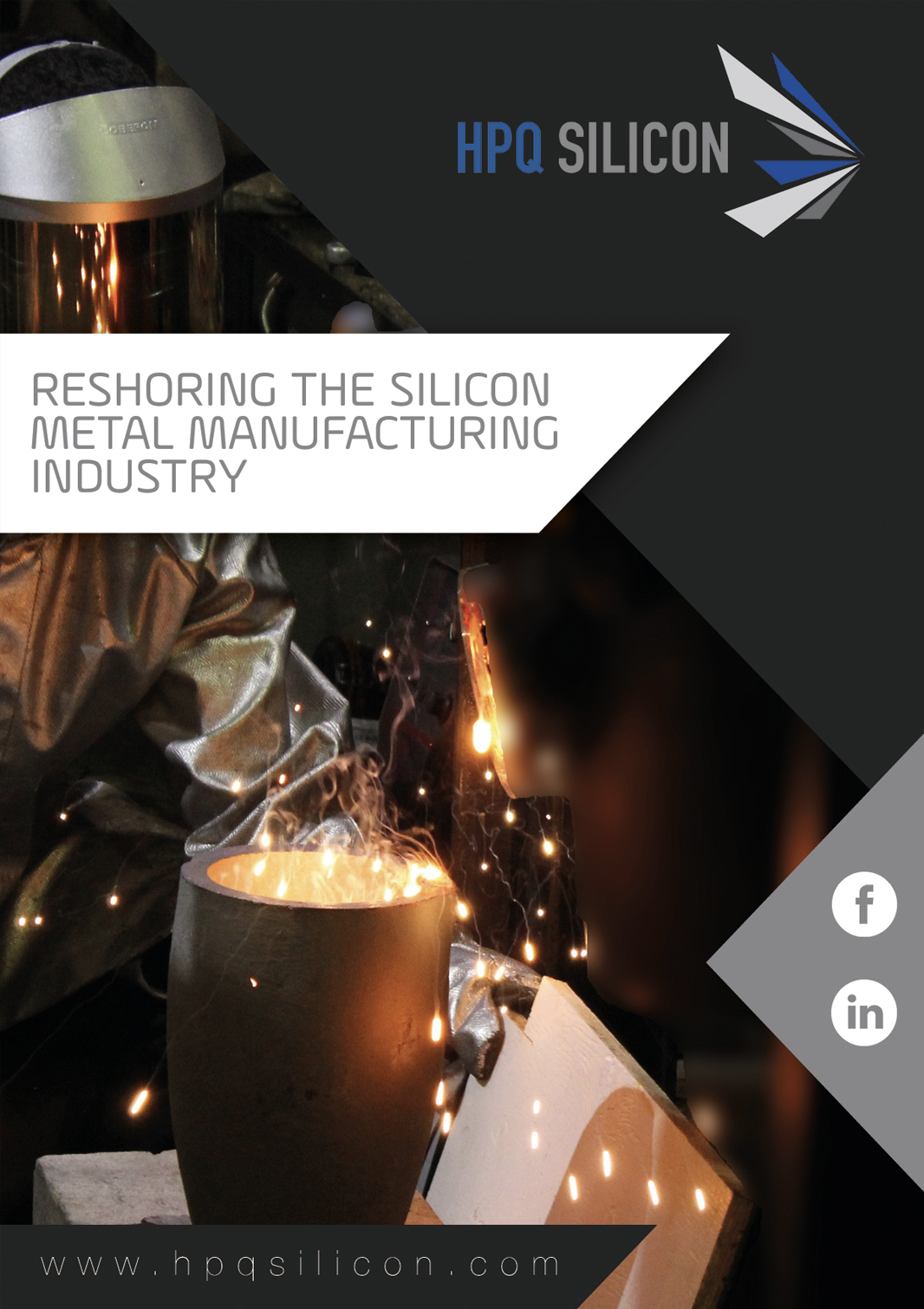