PlastPack Defence (PPD) was founded in 2012 as a small and innovative Danish company specialising in defence industry packaging, especially for ammunition, in terms of weight, cube and production/material technologies.

In 2013, the company received its first contract, worth €31m, to develop the first ever lightweight ammunition case (LWAC) as a replacement for the industry standard M2A1. It put to use more than 30 years of experience in packaging optimisation, and over ten years in the defence industry, to develop a novel solution.

How does the LWAC address operational needs?

The LWAC uses innovative design principles, which make it significantly lighter than other cases. Compared to a steel ammunitions case, the PPD LWAC is 68% lighter – for every one million rounds of 12.7mm (.50cal) ammunition the total weight reduction amounts to 16.5 tonnes. The product has reached the end of its development and is now UN approved for the handling, transportation and storage of ammunition.

In this booklet, PPD recounts the story of the development of LWAC, from the initial rounds of UN testing the product underwent in 2015 – which examined its ability to withstand heavy fire, among other capabilities – to its certification for use in non-operational areas, for applications such as training.

The booklet outlines a number of major benefits that LWACs offer, including the fact that they can be colour-coded to indicate the type of ammunition inside, and that they can be semi-transparent to allow users to count the number of rounds without opening the case. Further, PPD can build in RFID tags to each LWAC, to allow each case, its contents and its movement to be tracked throughout its journey.

The booklet goes on to estimate the potential financial savings that could be made, as the reduction in weight translates to savings in fuel, increased capacity, and fewer supply missions transporting ammunition to theatre. This can also decrease environmental impact, and the LWAC meets EU requirements for ‘green gas’ emissions. 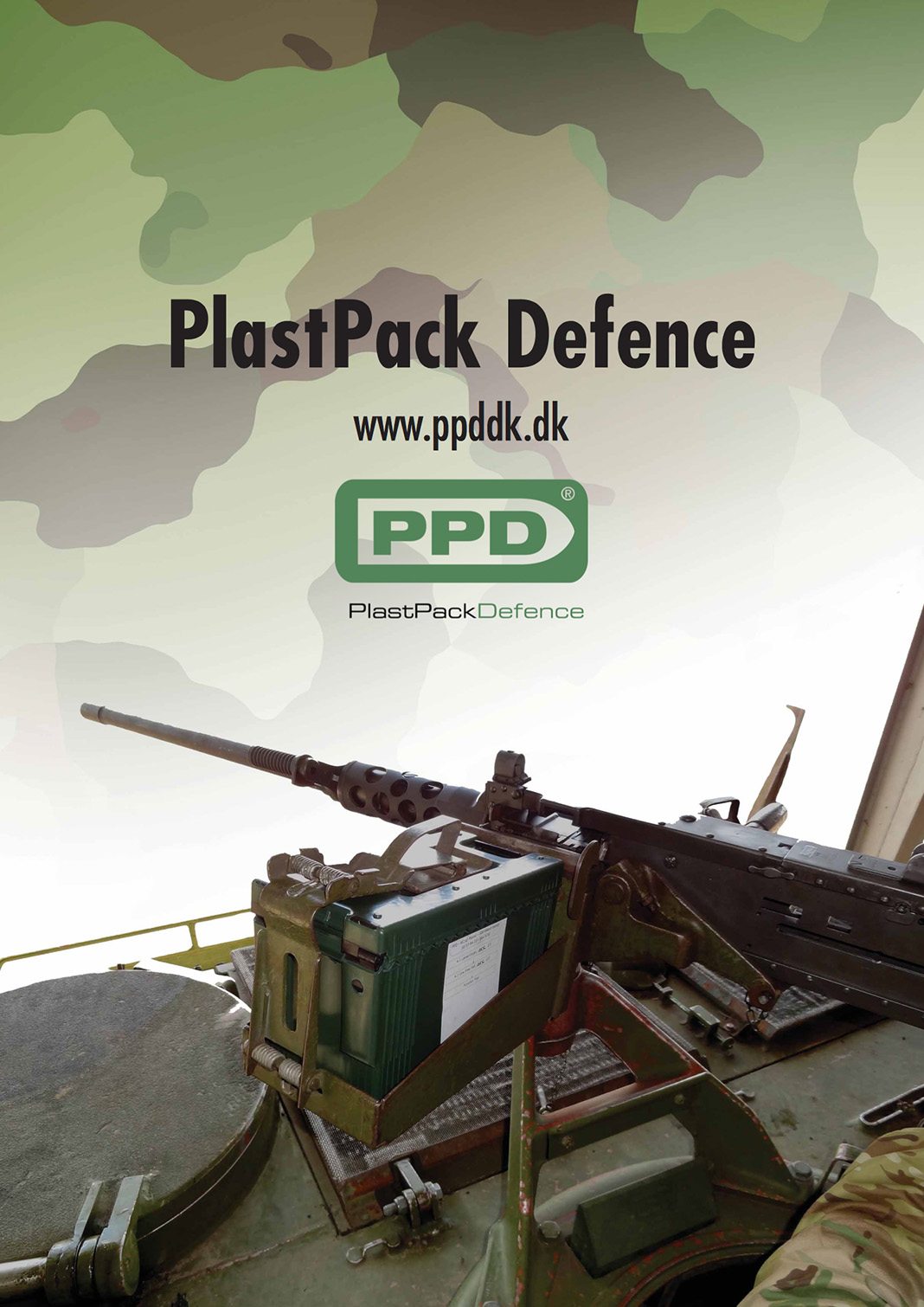