In this fascinating eBook, International Battery Metals (IBAT) take us on an insightful voyage through the extensive, rich history of lithium production, illuminating why the chemical element is one of the most precious commodities of the 21st century.

Lithium production is the gold rush of the modern era; as the world strives toward a green, sustainable, and carbon-neutral future, lithium will be an integral ingredient to a plethora of technologies that facilitate that goal, such as batteries and electric vehicles. The global demand for lithium is forecasted to quadruple in the next decade, but where will we source this gargantuan amount of the valuable resource from? IBAT hold the answers.

Although this exponentially growing demand for lithium appears to be a recent phenomenon, the timeline of lithium production is as vast as time itself; from the inception of the big bang to the technologies of tomorrow, lithium has been pivotal. IBAT take us on a journey through its discovery and historical uses, ranging from fuelling World War II aircraft and later thermonuclear weaponry to its pharmaceutical versatility.

In addition to its widespread applications, there are also an incredible array of sources and extraction techniques for lithium, such as seawater, brine resources, mineral resources, Spodumene, and clays. In this eBook, International Battery Metals comprehensively analyse their pros and cons, elucidating which lithium sources and extraction methods provide the most optimal route for achieving the lithium production we desire.

International Battery Metals is an advanced technology company whose state-of-the-art technological advancements will ensure its position as a world leader in lithium brine extraction. IBAT recognised that despite significant scientific innovations over recent decades, the field of lithium production remained unsustainable. To combat this, the company acquired Dr John L. Burba, the foremost experienced innovator in lithium technology; through Burba’s advancements, IBAT looks to rapidly scale up its projects, unlocking the exciting potential of subterranean brine resources.

Areas of expertise include: 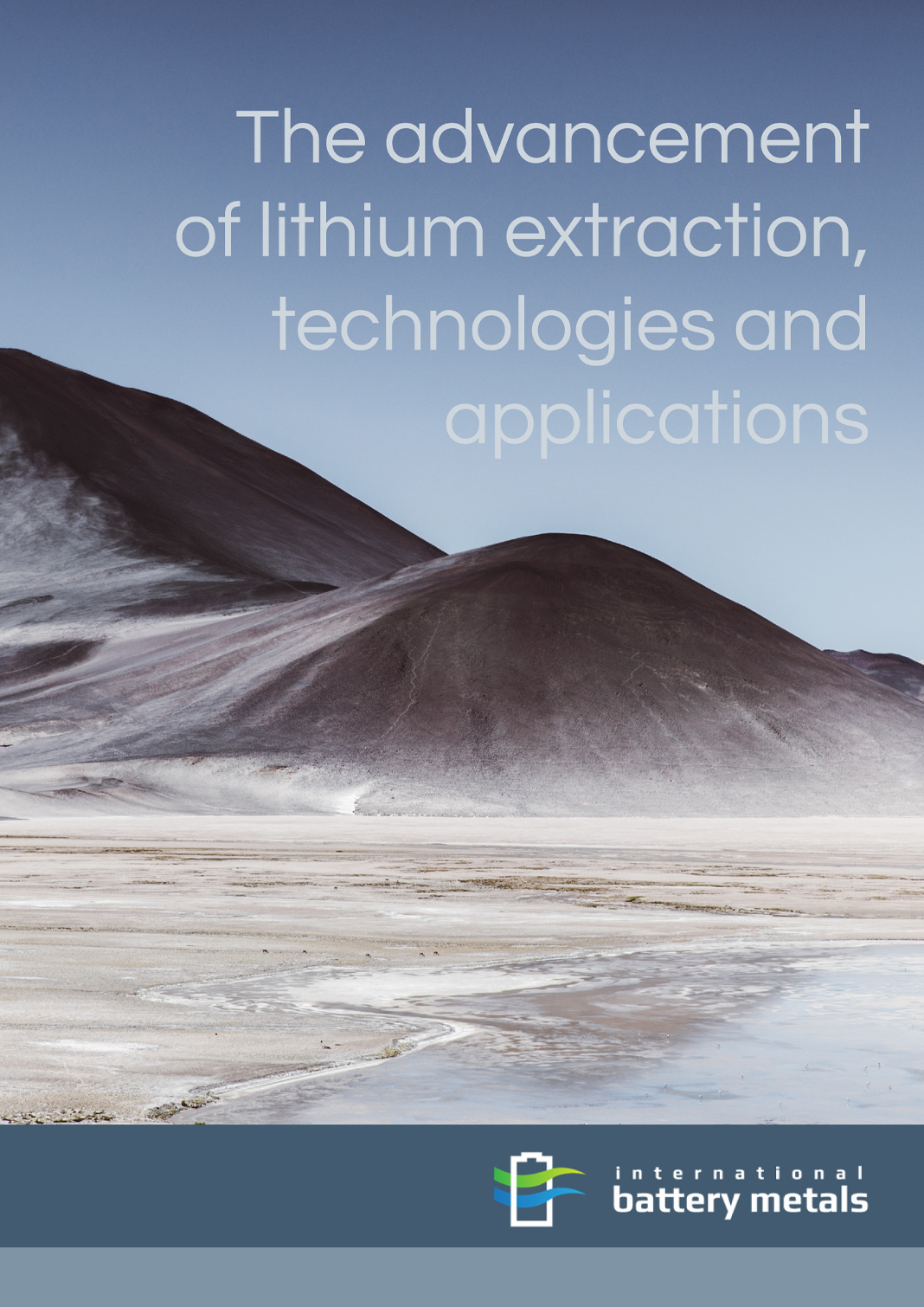