The eleventh edition of The Innovation Platform features expert insights and the latest developments in the fields of clean energy, green technologies, E-mobility, Space, scientific research, and more.

As we reach the latter stage of the year, societal challenges such as the cost-of-living crisis and the war in Ukraine continue to pose major difficulties for many sectors. Additionally, this summer has seen a stark contrast of catastrophic flooding and raging wildfires across the globe, highlighting the damaging impact of climate change and the urgent need to reverse its effects. These factors have shone a greater spotlight on the energy sector and led to an even bigger push worldwide for renewable power and greener technologies to reduce carbon emissions.

You will find the theme of a greener world prominent throughout the wide variety of content in this edition, starting with our foreword from Wolfram Sparber, Vice President of The Association of European Renewable Energy Research Centers (EUREC). Reflecting on recent societal events, Wolfram details the current efforts and future direction of Europe’s renewable energy sector.

Our environment and sustainability section contains an extensive focus on renewable energy, covering solar power through to energy storage. Dries Acke, Policy Director at SolarPower Europe, discusses the importance of innovations in solar power to achieve energy resilience and climate stability in Europe. We also hear from Donagh Cagney, Policy Director of Ocean Energy Europe, who explains why ocean energy is well-placed to be as successful as wind and solar in Europe’s renewables market.

Alongside renewable sources of energy, nuclear power is another very clean source of energy with zero emissions. Its use, however, is more controversial due to the potential safety and security risks attached. Providing an overarching outlook of the important conversations when it comes to nuclear power, our nuclear energy section contains articles on everything from policy and regulation to innovation and technology. Diane Cameron, Head of the OECD Nuclear Energy Agency’s Division of Nuclear Technology Development and Economics, discusses the role of nuclear energy in the global drive toward net zero. We also have insight on the subject of small modular reactors from the U.S. Nuclear Regulatory Commission, and the European Commission’s Deputy Director-General for Energy discusses the current and projected future outlook for nuclear energy within Europe.

Of course, a major part of the global energy transition is the move to electric vehicles (EVs). With this, there has been a surge in demand for lithium-ion batteries, rare earth elements and other battery metals. However, this rapid demand has been met with major challenges, including the establishment of stable supply chains. This edition features a comprehensive focus on e-mobility, battery materials and research, covering a wide variety of important related issues. Ilka von Dalwigk, Policy Manager at EIT InnoEnergy, addresses the importance of developing a domestic battery supply chain in Europe. In addition, EUROBAT’s Giorgio Corbetta explains how the EU’s battery industry will play a critical role in achieving Green Deal goals.

Elsewhere in the edition, we have pieces on exciting events that happened in recent months. July saw the release of the superb first full-colour images from the James Webb Space Telescope. In our space and astrophysics section, you will find an interview with the European Space Agency’s Director of Science, discussing the images in further detail and what they could tell us about the Universe. July was also a major month for the world of physics, as CERN officially launched Run 3 of its Large Hadron Collider (LHC). Ahead of the launch, I spoke to CERN’s Director for Accelerators and Technology, Mike Lamont, to discover more about the new capabilities of the LHC following its Long Shutdown. Also in our physics section, Doon Gibbs, Director of Brookhaven National Laboratory, gives an update on physics at the Relativistic Heavy Ion Collider (RHIC) and its future transformation into an Electron-Ion Collider (EIC).

These are just some of the many thought-provoking topics featured in this edition. I hope you enjoy the read. 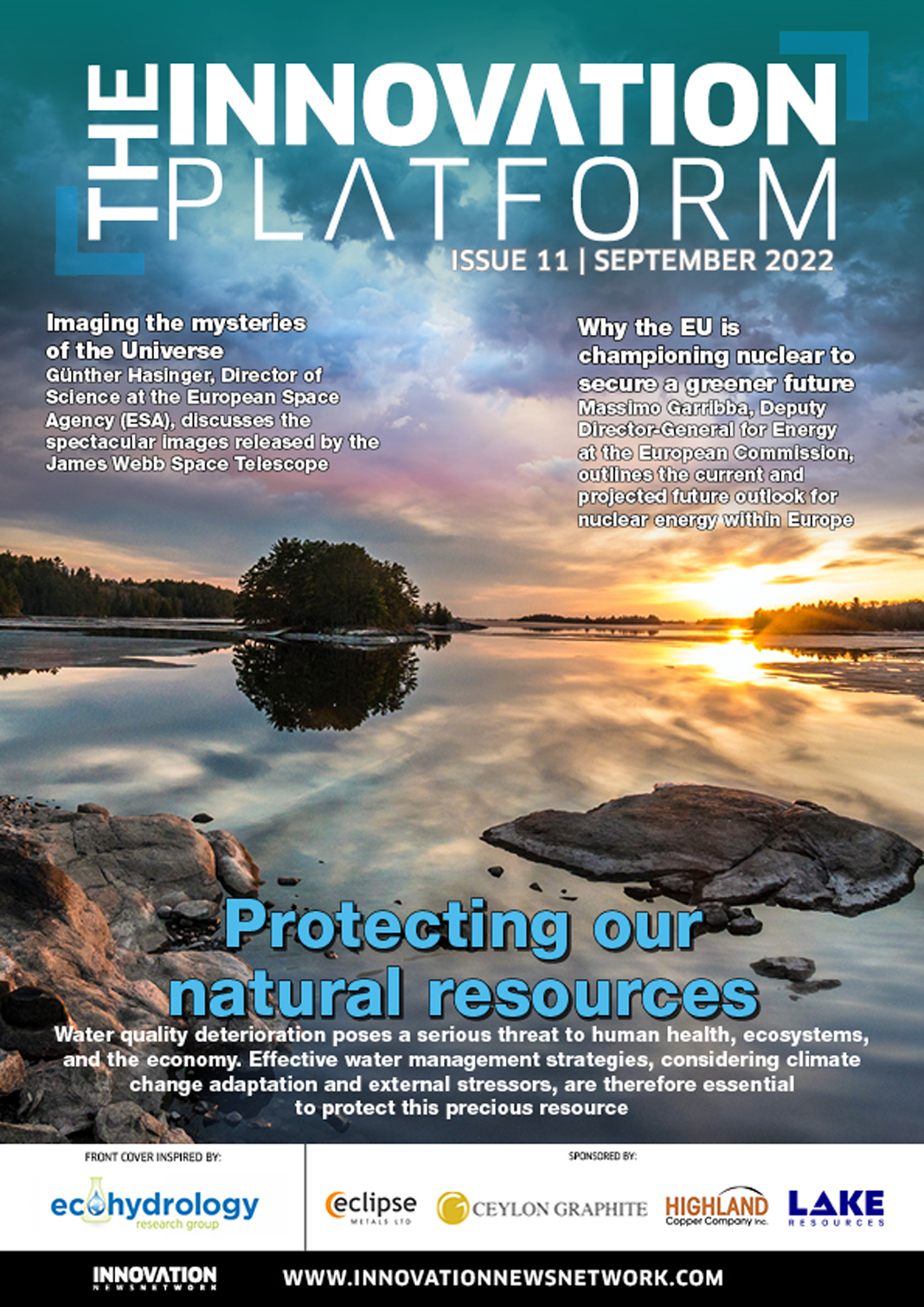