Advantages of green hydrogen: A fuel for the clean energy transition 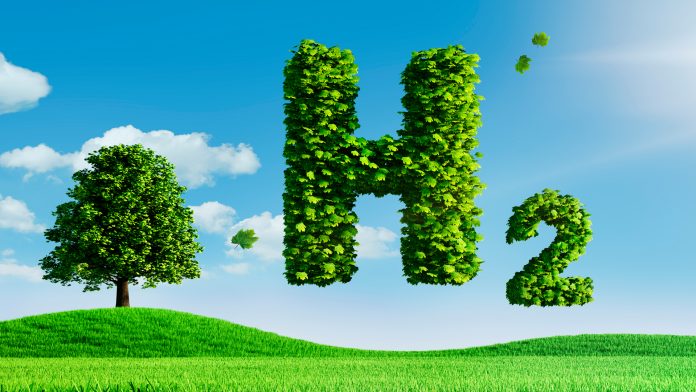 Why green hydrogen is a new ally for decarbonisation to advance the clean energy transition and achieve a more sustainable future.

Decarbonising the planet is one of the goals that countries around the world have set collectively for 2050. As a result, electrification has become crucial to help combat global warming. However, industrial processes and energy-intensive industries, that require other forms of energy need an alternate solution. To achieve this, decarbonising the production of an element such as hydrogen to maximise the production of green hydrogen can help advance the transition to a low-carbon, climate-neutral world that could create benefits for all.

The different types of hydrogen

One of the many advantages of green hydrogen is that hydrogen is one of the most abundant elements found on Earth, although it is hard to find in its free state. As a result, it needs to be extracted from other sources such as water, coal, biomass, or natural gas using several processes and resources. The different combinations of sources and processes are usually described using various colours. For instance, hydrogen that is extracted from coal using a gasification process is labelled brown hydrogen, and hydrogen extracted from natural gas using steam methane reformation is labelled grey hydrogen.

Most of the hydrogen production used today utilises high-carbon sources. However, to achieve a more sustainable future and forward the clean energy transition, the global objective is to scale down the use of other hydrogen ‘colours’ and to produce a cleaner product, such as green hydrogen.

How is green hydrogen produced?

It is also a clean fuel alternative as the by-product of oxygen from the electrolysis method can be efficiently vented back into the atmosphere without consequence. The global adoption of this technique used to obtain green hydrogen could radically reduce the amount of CO2 emissions that are produced through fossil fuel consumption.

What are the main uses and benefits of green hydrogen?

There are multiple advantages of green hydrogen, one being its sustainability, as it does not emit polluting gases in either its production or combustion. This fuel alternative can also reduce carbon footprints as it does not release greenhouse gases.

Green hydrogen is also very versatile as it can be transformed into either a synthetic gas or electricity. It can be utilised for commercial, domestic, mobility, or industrial purposes. It is also easily storable as hydrogen is very lightweight.

In the Global Hydrogen Review 2021 report conducted by the IEA, it was stated that in 2020, hydrogen demand stood at 90 MT and was almost exclusively produced from fossil fuels. This resulted in an estimate of 900 MT of CO2 emissions.

However, due to the increased global capacity of electrolysers in 2021, which are required to produce green hydrogen using electricity, the report estimated that the global hydrogen supply using electrolysers could potentially reach more than 8 MT by 2030.

While this is a positive transition to increase green hydrogen production, this estimate remains significantly lower than the 80 MT required in the target for net zero CO2 emissions by 2050, as commissioned by the IEA Roadmap for the Global Energy Sector.

Europe is currently leading electrolyser capacity deployment, with 40% of global installed capacity, and is set to remain the largest market due to the ambitious hydrogen strategies of the European Union and the United Kingdom.

Achieving this ambition depends on innovative hydrogen projects reaching commercial scale as soon as possible and with bigger impacts. In this context, the European Commission is partnering with EIT InnoEnergy’s European Green Hydrogen Acceleration Centre (EGHAC), which was founded in 2020 and is supported by Breakthrough Energy. If selected, green hydrogen projects will benefit from potential investments as well as targeted de-risk and acceleration services provided by EIT InnoEnergy.