Analysing the breakup of deuterons through photon-deuteron collisions 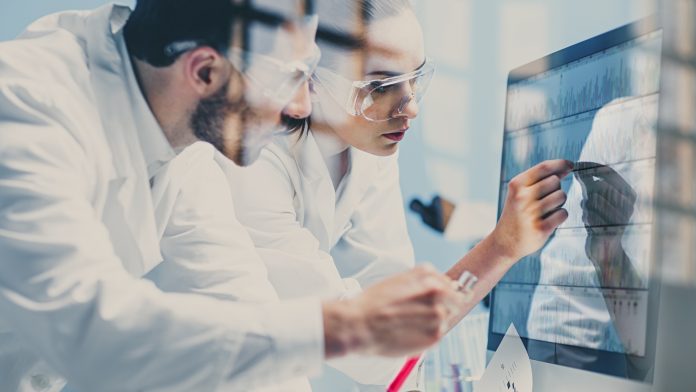 Scientists observe photon-deuteron collisions to gain insight into the gluons that bind the building blocks of matter and what it takes to break protons and neutrons apart.

Scientists have discovered a way to ‘see’ inside deuterons – which are understood as the simplest atomic nuclei – to better understand the ‘glue’ that holds the building blocks of matter together. The novel results were collected as a result of observing collisions of photons (particles of light) with deuterons, which are made of just one proton bound to one neutron.

In these collisions, the photons act like an X-ray beam to provide the first glimpse of how particles called gluons are arranged within the deuteron. These collisions can also break the deuteron apart, giving insights into what holds the proton and neutron together.

The importance of analysing deuterons

By studying the deuteron, the simplest nucleus in nature, scientists are able to gain an understanding of the more complex atomic nuclei that make up essentially all visible matter in the Universe. This research helps to explain how nuclei emerge from quarks and gluons, and how the masses of nuclei are dynamically generated by gluons.

Deuterons also play an important role in the energy production inside the Sun, which starts with two protons fusing into a deuteron. Studying deuterons may help scientists to better understand fusion reactions. This could lead to strategies for harnessing fusion power to make electricity on Earth.

Studying gluon dynamics in the deuteron

In this work, scientists from the STAR Collaboration looked at existing data from deuteron-gold collisions at the Relativistic Heavy Ion Collider (RHIC), a Department of Energy (DOE) user facility. At RHIC, researchers can use photons surrounding fast-moving gold ions to examine the role of gluons. By studying gluon dynamics in the deuteron, scientists are able to gain an understanding of how the distribution and behaviour of gluons, as force-carrier particles, change as nuclei become more complex.

In the RHIC collisions studied in this work, scientists utilised the STAR detector to track how much momentum was transferred from gluons within the deuteron to particles created in these interactions. Since that momentum transfer relates to where the gluons are located inside the nucleus, the scientists used the data to map out the gluon distribution in the deuteron. In addition, each photon-gluon interaction also deflects the deuteron—and sometimes breaks it apart. STAR tracked ‘spectator neutrons’ that came from this breakup to learn more about how gluons hold these nuclei together.

Understanding the role of gluons in nuclear matter will be a focus of the Electron-Ion Collider (EIC), a new facility that is in the planning stages at Brookhaven National Laboratory. EIC will use photons generated by electrons to probe gluon distributions inside protons and nuclei, and to study the force that holds protons and neutrons together to make up nuclei.

Brookhaven Lab’s role in this work and RHIC operations are funded by the Department of Energy Office of Science, Nuclear Physics programme. Additional funding came from the US National Science Foundation and a range of international funding agencies.