The legal and technical requirements for countering drone technologies 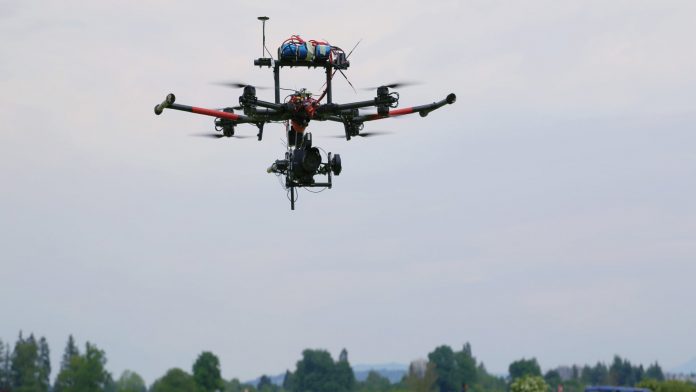 Among all the disruptive technologies, RPASs (remotely piloted aircraft systems) or UAVs (unmanned aerial vehicles), commonly known as drones, are perhaps one of the most fascinating of this decade.

The different civil aviation entities or working groups such as the European Aviation Safety Agency (EASA), the SESAR Joint Undertaking, EUROCONTROL, the International Civil Aviation Organization (ICAO), and the Joint Authorities for Rulemaking on Unmanned Systems (JARUS), among others, and all national civil aviation authorities as well as air traffic controllers and air navigation service providers have been working hard over several years to prepare the sky of tomorrow for the safe integration of these new civilian flying machines.

In this article, Geneva-based system integrator Drone Detection Sys summarises the rapidly evolving drone landscape and the importance of considering when it is necessary to implement countering drone technologies.

Civilian drones, which will evolve in ‘U-spaces’, will serve civilian society for the best. They are already used for mapping, aerial shooting, deliveries of blood etc. Drone technologies have, over the past few years, become highly accessible to everyone for easy use. France and Germany were the European pioneers of the mini-drone multicopters that we know today. It is nevertheless Chinese manufacturers who are responsible for their impressive developments and improvements. A few years ago, in 2013, these connected objects were considered ‘gadgets’ and now they are becoming powerful tools.

Like every technology which finds itself in the hands of the public, there are some downsides to drone technologies. These concerns include privacy violation, accidents in crowds of spectators, and ‘accidental’ near misses with other aircraft. One that requires a lot of attention from all civilian and military authorities – even though it represents a tiny percentage of drone use – is ‘diverted technologies’ for intended malicious purposes. These are purely security issues and are highly important for all environments, especially urban environments.

New mini-drones have made it very easy to get something from point A to point B by flying it over every physical barrier on the ground. For example, it is now possible to reach a ‘target’ at more than 120km/h within a 10km radius (line of sight) with a 600g mini-drone for a few hundred euros. It is also easy to carry an 80kg payload and launch it wherever you want within cities.

There is now evidence that these mini-drones have been used to deliver illegal goods over detention facilities or borders.

Regarding weaponised consumer mini-drones, until recently only troops on the battlefield have faced attacks from diverted Chinese mini-drones carrying grenades. Evidence shows that they have experienced diverted-consumer drone attacks on a day-to-day basis.

Things are changing fast, and criminals are adopting new technologies for their illegal and malicious purposes in urban environments. Mini-drones are now definitely part of their means.

Unfortunately, it takes time for law enforcement to adopt, to acquire, and to use on a daily basis these new technologies because of legal and administrative frameworks. Criminals only face technical constraints.

Before providing an overview of the existing countering drone technologies and which ones can or cannot be used by law enforcement and private security companies, let us clarify how our skies will be monitored.

It is important to make clear that civil aviation authorities and air traffic controllers are working on a co-operative model. This means that the (remote) pilot who would like to operate the drone has registered, or will have to register, his drone in order to receive a numerical-ID like a number plate. Unless the mini-drones are equipped with a transceiver/transponder or a 4G/5G SIM card, they will not be physically detected.

Even in a future scenario where mini-drones would be required to send a signal to inform their e-ID, it would be really easy to circumvent this legal requirement by making a DIY (‘do it yourself’) mini-drone by finding the necessary components on the internet and building one. A 12-year-old child could do it.

To start with, law enforcement and companies in charge of security must have the appropriate tools to physically detect flying objects – both authorised ones that will be registered and non-authorised ones that will never be registered. Secondly, they must know what kind of counter-unmanned aerial systems (C-UAS) technologies could be used, who they could be used by, and how they could be implemented in cities and urban environments compared to battlefields.

Today, many technologies exist that can detect and defeat these mini-drones, but there is significant confusion over which technologies can be used by civilian authorities and which can be used in the urban environment.

This confusion is for the time being understandable as new technologies create new issues that must be dealt with. As with all disruptive ones, there are certain delays due to the necessity of regulations and education being appropriately adapted.

Thus, it is of the utmost importance to work with civilian C-UAS experts on the acquisition and uses of such technologies with regards to the regulations and laws of a specific country.

What is a drone?

In order to fully understand the different kinds of drone technologies or methods of detection, it is necessary to get to grips with the basics of what a drone (UAV/RPAS) is today.

Each of these four points raises the following questions regarding malicious drones:

These questions will be answered in a future article.

Coming back to the different technologies, let’s begin by considering the detection solutions, among which there are both passive and active ones. Active solutions transmit signals, like radars, and therefore require a licence or special authorisation from the telecommunication authority of a country.

Although many drone radars exist, they do not all comply with the laws; either they use the right frequencies but are not yet certified or they do not use the appropriate frequency for a given country. Frequencies allocation is not the same for every country.

Radars will be used mainly for airports which need to monitor and detect drones within a radius of 5km.

Passive systems such as frequencies analysers or spectrum analysers which listens to the signal within a range of frequencies. In this case, it is important to know which frequencies can be used by mini-drones and especially by DIY drones. If the system only detects one or two frequencies, it is not good enough. Radiofrequency sensors can be implemented without special authorisation as they are not sending any signals; nevertheless, a few countries still require a licence for their use.

Moving on to the intervention phase, a number of civilian technologies exist (this article does not look at military technologies as they cannot be used by law enforcement or by civilian authorities in a civilian environment – at least on a permanent basis).

Jammers can disrupt the signal that controls a drone. As jammers are transmitting systems, special authorisation is required from the telecommunication authorities and they can only be used by the police or prisons. In some countries they are strictly forbidden. It is important to note that jammers cannot be used at all by private entities. In some countries jammers are considered military equipment.

Takeover (spoofing) solutions, which enable someone to take control of a mini-drone, are transmitting systems. Their signal must be stronger than the initial signal of the remote control, which means that special authorisation from the telecommunication authorities is required. Furthermore, taking over the control of a drone means that its systems or ‘computer’ are hacked. From a legal viewpoint, the use of these solutions for civilian purposes is not clear, and the effectiveness of these solutions is limited for the most current consumer drones.

Finally, ‘net gun’ solutions exist to catch drones from 30-120m. Some have a parachute, and some do not. Drones can themselves be equipped with these net guns to catch other drones.

None of the aforementioned solutions are perfect, nor can they be easily implemented from a technical and legal standpoint. Nevertheless, laws, regulations, and drone technologies will continue to evolve.

As a C-UAS expert, Drone Detection Sys follows all the technical and legal developments in the field of civilian technologies. Our wealth of experience acquired through intensive tests in cities allows us to recommend to our public and private customers the most appropriate solutions respectful of laws and regulations.