Professor John Mattingly outlines the physical processes that control nuclear fallout formation and models that predict fallout composition, and he explains how those models can be combined with Machine Learning to find fallout signatures that can identify nuclear explosive type.

The North Carolina State University Department of Nuclear Engineering is conducting research to identify radioactive materials present in post-detonation nuclear debris, known as nuclear fallout, that can be used to determine properties of the nuclear explosive.

The challenge to fallout analysis

“All models are wrong, but some are useful” was George Box’s assessment of the utility of predictive models of physical phenomena. The part of Professor Box’s statement that is excluded from this quote is: “All models are approximations… So the question you need to ask is not ‘is the model true?’ (it never is), but ‘is the model good enough for this particular application?’”1 In other words, can the model make useful predictions?

This question is important to the analysis of nuclear fallout because few measurements of fallout composition have ever been conducted, and most of those measurements were done on fallout collected after atmospheric nuclear tests conducted by the US in the 1950s and 1960s in the South Pacific and Nevada.2 Those measurements generally did not analyse fallout promptly (< 24 hours) after the explosion, nor could they analyse fallout from an explosion in an urban area – the tests were all conducted in remote locations.

Consequently, scientists seeking to analyse the composition of fallout promptly collected from a nuclear explosion in an urban area must rely on a combination of surrogate experiments and predictive models. Surrogate experiments attempt to reproduce some of the phenomena governing fallout formation in a controlled environment. For example, by pulse-irradiating nuclear material in a research reactor.3 However, no surrogate experiments reproduce all the physical conditions of a nuclear explosion. Predictive models attempt to approximate the physical processes governing fallout formation in numerical calculations. However, the models have inaccuracies: they employ approximations that may introduce errors in their prediction of fallout composition; and they also have uncertainties: the physical parameters that control those models are only imprecisely known. It is difficult to quantify model errors using surrogate experiments, but it is possible to estimate the model uncertainties, which, if they are correctly quantified, should bound its errors. Quantifying the uncertainty in predictive models of fallout composition can enable analysts to identify radioactive materials present in fallout that are useful for forensic analysis of the nuclear explosive’s type. Identifying the explosive type enables analysts to assess the explosive’s degree of sophistication and narrow potential sources of its origin.

In the most basic, theoretical analysis of fallout composition, the concentration of fission products could be used to identify the explosive’s fissile material (predominantly uranium-235 [U235] versus plutonium-239 [Pu239]) and the energy of neutrons driving the runaway fission chain reaction (fission versus fusion neutrons). These categories can classify the nuclear explosive as a primitive fission explosive like Little Boy or Fat Man, or a more advanced explosive that employs fusion boosting.2 That differentiation has forensic value: it can identify the explosive’s degree of sophistication and narrow the field of likely perpetrators. In a naïve analysis, the concentration of fission products in the fallout particles would depend solely on the fissile material and neutron energy, as Fig. 1 implies. The heavier Pu239 nucleus would produce more massive light fission products than U235, and higher neutron energies from fusion would produce fission products with more equally distributed masses. Unfortunately, this simple analysis neglects fission product fractionation.

Furthermore, fallout formation is influenced by the explosive yield (the energy released during the explosion, typically expressed as kilotons [kt] TNT equivalent) and burst height. Lower-height explosions loft more matrix material into the atmosphere, and higher-yield explosions loft more matrix material and fission products higher into the atmosphere, where the temperature is typically lower. Explosive yield and burst height are ‘nuisance parameters’ as they are difficult to estimate precisely.

Predictive models of fallout composition must account for fractionation. There are several alternative models of fractionation. One, developed by Korts and Norman, uses a time- and temperature-dependent model to predict the radial distribution of fission products within fallout particles.6 The Korts and Norman (KN) model uses Henry’s law to estimate the condensation rate of fission product compounds onto fallout particles, and it uses diffusion theory to model their penetration into the particles. It also accounts for the beta-decay transmutation of fission products. However, the thermodynamic parameters controlling the KN model, the Henry’s law and diffusion coefficients, are uncertain. They have only been measured for a few elements, and those measurements exhibit significant variance. For many other elements, they have only been theoretically estimated. Furthermore, the KN model is computationally expensive, so propagating thermodynamic parameter uncertainties onto uncertainties in fallout composition takes substantial CPU time.

However, there are methods to estimate uncertainty in fallout composition without a supercomputer. One approach, developed by NC State University, borrows methods from Machine Learning (ML): reduced-order modelling and surrogate modelling.

There are more than 100 potentially influential thermodynamic parameters, all with large or unquantified uncertainties, which control the KN model of fractionation. However, only some of those parameters influence the concentration of any given fission product in fallout particles. NC State used active subspace decomposition (ASD), a ‘cousin’ to principal components analysis (PCA), to identify the subset of model parameters that significantly influences the KN model’s predictions.7 For predictions of fallout composition using the KN model, ASD identified that only the beta-decay precursors to a given fission product were influential. That was a satisfying finding – the reduced-order ASD model conformed to physical intuition. Using ASD, NC State was able to reduce this apparently high-dimensional model to just two dimensions, which were linear combinations (also known as eigenvectors) of the thermodynamic parameters of the beta-decay precursors to any given fission product.8

Next, NC State trained Gaussian process regression (GPR) ‘surrogate’ models to predict fallout composition using only those two active dimensions. GPR modelling empirically fits a physical model’s responses (in this case, the fallout composition predicted by the KN model) to its input parameters (the thermodynamic parameters of the KN model). Applied to a computationally expensive physical model, GPR is essentially a ‘model of a model’ that can predict the physical model’s responses with much less computational expense, while estimating the uncertainty in its own predictions.6 The GPR surrogate models ran about 100,000 times faster than the KN model, which enabled NC State to propagate uncertainties in the KN model parameters onto uncertainties in fallout composition while randomly varying the thermodynamic parameters’ values over ±50% of their nominal values to cover the large, unquantified uncertainties in those parameters. They also randomly varied explosive yield and burst height over a wide range – those nuisance parameters are difficult to independently estimate.8

So, in this analysis, a model that approximates fallout formation processes and has substantial uncertainties in its physical parameters can still make useful predictions that can guide future experiments.

NC State is moving forward with this research to apply supervised ML classification algorithms to identify combinations of fission products that can reliably classify explosive type even when the thermodynamic parameters are only imprecisely known. They also plan to evaluate the influence of uncertainties in fission product yield (illustrated by the shaded regions in Fig. 1) and half-life on fallout composition. NC State expects this research will further aid identification of analytes useful for forensic analysis of fallout. 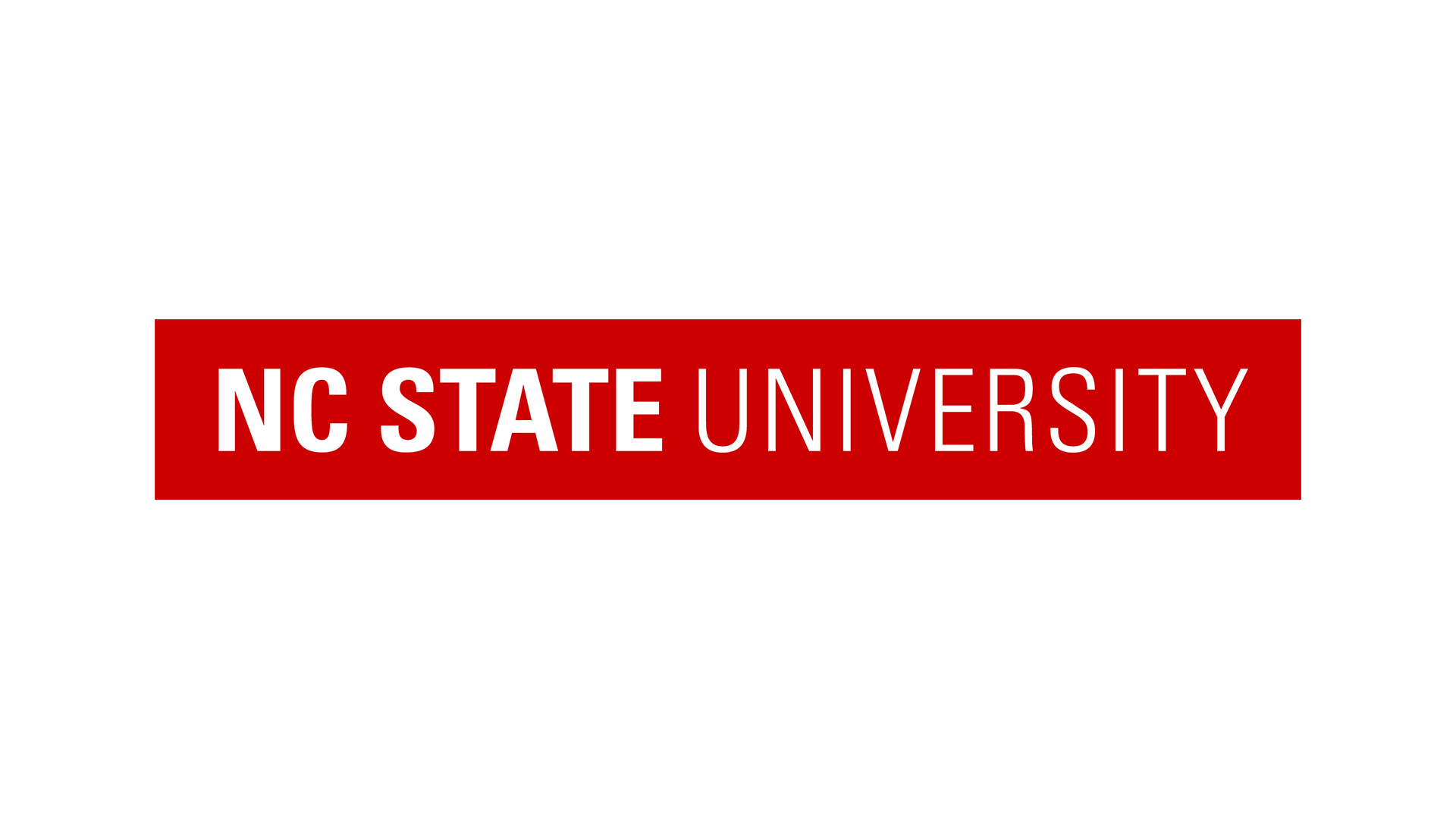