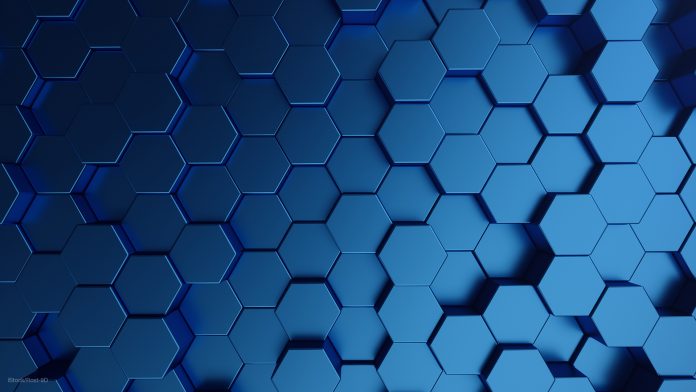 A ‘wonder material’ trapped in the lab for almost two decades, graphene’s potential has finally been unlocked with the production of cost effective, high-quality CVD graphene.

Graphene has been heralded as a ‘wonder material’ since its discovery by Professors Andre Geim and Konstantin Novoselov in 2004. And why not? With the thickness of a single atom, pristine graphene has been tested in countless theoretical experiments, all of which have demonstrated that its properties are extraordinary, including:

Let’s put that into plain English: graphene is the strongest, thinnest, and most conductive material known to man. It is also transparent, impermeable, chemically inert, and biocompatible. The potential of graphene was thought to be limited only by our imagination, leading to suggestions that it could enable us to produce an endless supply of clean water, batteries that could be recharged in seconds, but which would last for days – and even a space elevator! Is it any wonder Geim and Novoselov were awarded the 2010 Nobel Prize for Physics?

Graphene has been exhaustively studied, perhaps more so than any material in history. Yet, after almost two decades of study, we are left with a troubling dichotomy: while graphene’s properties are very much true, they are also grossly misleading. ‘Pristine graphene’ cannot be synthesised at any scale under real world conditions (at least not yet). Moreover, graphene has proved to be complicated and expensive to produce. Its technical and commercial potential, once thought of as unlimited, has led some people to think of it more as a fantasy. Indeed, the hype surrounding graphene has arguably led to more disappointment than hope.

Of course, even a casual student of history could provide a laundry list of fervently held ‘truths’ that were proven to be not merely misleading, but rather completely wrong (e.g., the Earth is flat, the Sun revolves around the Earth, stress causes ulcers, and so on). This is not the case with graphene. Science has enabled us to identify and study graphene, and to understand its theoretical potential. Science alone cannot, however, enable us to realise that potential.

We live in complex and chaotic times; not everything can be known or predicted. Yet over time, the order inherent in nature makes itself apparent, and the chaos usually pales in comparison when it does. Some men see this, but most do not. The careers of Adam Smith, Charles Darwin, and Albert Einstein clearly illustrate that while they could not always explain it perfectly, they understood the order found in nature better than most. 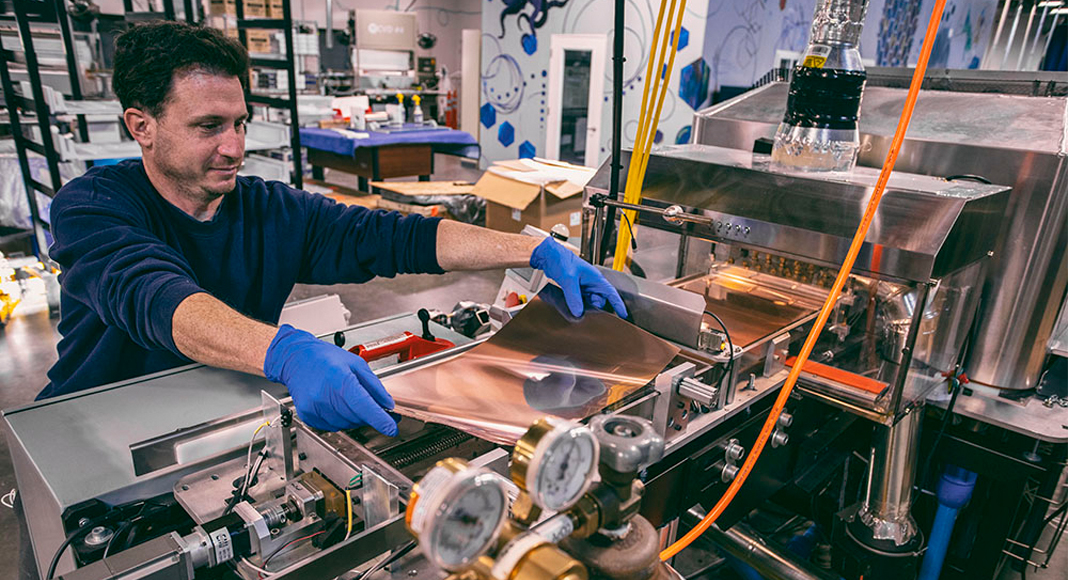 Richard Feynman was Einstein’s protégé. In April 1966, Feynman delivered an address to the National Science Teachers Association, in which he suggested how students could be made to think like scientists — be open-minded, curious, and especially, to doubt. During the lecture, he gave a definition of science, which he said was derived from several stages. The evolution of intelligent life on planet Earth – creatures such as cats that play and learn from experience. The evolution of humans, who started using language to pass knowledge from one individual to the next, to preserve information for future generations.

Of course, incorrect knowledge could be passed down just as easily as correct knowledge, so another step was needed. Galileo and others started doubting the truth of what was passed down and to investigate ab initio, from experience, what the true situation was – and thus science was born. Science, as defined by Feynman, allows us to see the order built within the Universe clearly – provided we are open-minded, curious, and willing to doubt what we know.

Plenty of room at the bottom

In December 1959 Feynman gave a speech to the American Physical Society entitled ‘Plenty of Room at the Bottom.’ Feynman himself described the focus of the talk as “the problem of manipulating and controlling things on a small scale.” It is frequently cited as the birth of nanotechnology, and it still offers key insights into understanding the world around us – and it is exceptionally valuable when trying to understand graphene.

During his presentation, Feynman said: “I am not afraid to consider the final question as to whether, ultimately – in the great future – we can arrange the atoms the way we want… What would happen if we could arrange the atoms one by one the way we want them? (Within practical limits, you can’t put them so that they are chemically unstable, for example).”

What could we do with layered structures that have the right layers? What would the properties of materials be if we could really arrange the atoms the way we want them? They would be very interesting to investigate theoretically. I can’t see exactly what would happen, but I can hardly doubt that when we have some control of the arrangement of things on a small scale, we will get an enormously greater range of things we can do, due to the possible properties that such substances can have.

“Atoms on a small scale behave like nothing on a large scale, for they satisfy the laws of quantum mechanics. So, as we go down and fiddle around with the atoms down there, we are working with different laws, and we can expect to do different things.”

The material Feynman is describing is unquestionably graphene, although it is simply the first of many such nanomaterials. What this means is that the ‘great future’ Feynman envisioned has finally arrived. While this future is still in its infancy – as is graphene – we do have the ability to arrange atoms one by one the way we want them. The technology we use will be viewed as impossibly crude years from now, but we once sent a man to the Moon with technology more limited than what is found in a ubiquitous smart phone today.

General Graphene was founded with the singular focus of unlocking graphene’s potential, armed with a few obvious (but subtle) truths:

Graphene has long been the source of great confusion, because it comes in two chemically identical but fundamentally different varieties:

Other forms of carbon, such as graphite and diamond, are also chemically identical, but no one has ever confused them. The two types of graphene are often categorised generically as the same, and both offer similar impressive properties, yet no one familiar with either would ever confuse them. Exfoliated graphite is a black powder, though often characterised as a ‘sheet’, each granule will usually measure less than a few microns. Conversely, CVD graphene is a transparent, continuous film which can be measured in square meters, although samples measuring 100 square centimetres are far more common. 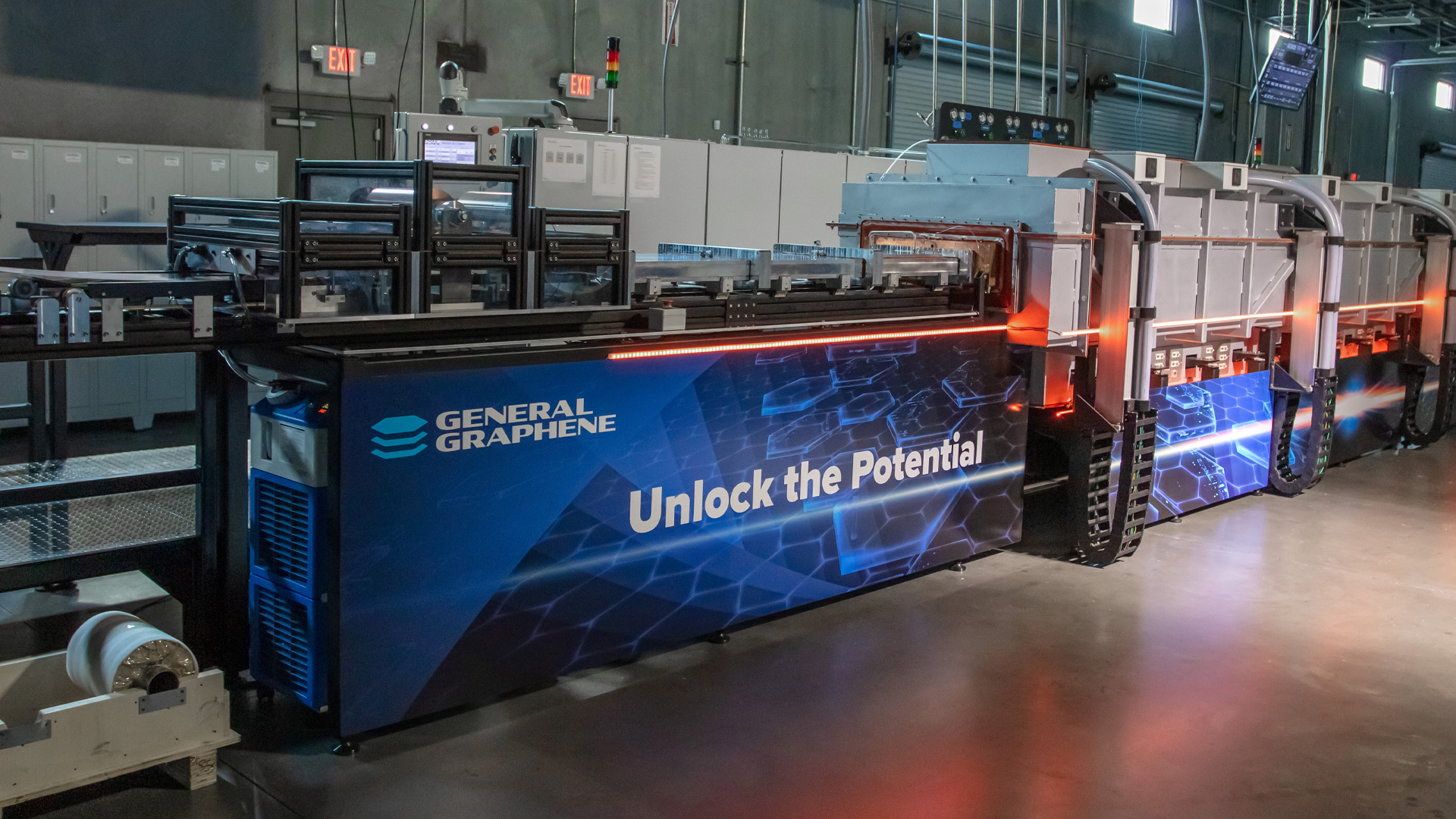 It was well established about a decade ago that the highest quality graphene was obtained via CVD using a common laboratory ‘tube furnace’. The process is remarkably simple. The closed quartz tube serves as the reaction chamber. A catalytic metal substrate, normally copper or nickel foil, is placed in the tube and oxygen is purged to create an inert atmosphere, while the tube is heated to a very high temperature (>1,000°C). A gaseous carbon (e.g., methane or CH4) is introduced in trace amounts (i.e., parts per million) and then dehydrogenated (the carbon separates from the hydrogen), finally depositing itself on the catalytic metal foil, forming a continuous graphene film.

Unfortunately, the CVD process has historically been slow. Only small amounts of graphene can be produced given the size limitations of the quartz tube, each batch is a unique and isolated process and it is very expensive. In other words, graphene synthesised via traditional CVD is the antithesis of a modern industrial processes, which demand high production yields, consistently reproducible results, and low cost. Converting a batch process to a continuous production line was a formidable challenge, but as with most innovation, simplicity was the key.

General Graphene was founded with the primary goal of converting CVD to an industrial scale process. As noted above, we recognised this was the only meaningful path to achieving lower costs with commercialisation demands. We now boast a patented, proprietary atmospheric CVD process capable of producing high volume, low cost, consistent and high-quality graphene sheets in a roll to roll structure. General Graphene is the only graphene manufacturer that does not use a quartz tube!

Our process was demonstrated first on a modular pilot production machine with further design and refinement occurring specifically for scalability. Measuring more than 21m in length, our current production machine can produce a 300mm wide graphene film that can be tailored to any length (and may be easily scaled to much wider widths). We can run continuously, as our energy consumption is minimal at steady state. Our process inputs and outputs are virtually identical, with latter containing a trace amount of water vapor and CO2. We use no harsh chemicals and everything we produce is biodegradable or recyclable.

As noted above, graphene is not a ‘one size fits all’ material. Our process allows us to tune the graphene to emphasise the properties necessary to fit the requirements of specific applications. We recognised that we bring only one-half of the solution to every application development project we undertake – we understand graphene, but our commercial partners understand their application. It is only through combined expertise that we can develop solutions that exploit all that graphene offers, leading to the next generation of products which graphene science has long promised. Application development is an iterative process that requires some patience but holds tremendous promise in helping us and others discover truly unique graphene solutions.

General Graphene is fast, focused, and flexible, because we understand that combining cost and performance (rather than performance alone) is an essential synergy to drive innovation.

If you are interested in unlocking graphene’s potential with us, then consider giving us a call.