Mucopolysaccharidoses – one disease with many faces 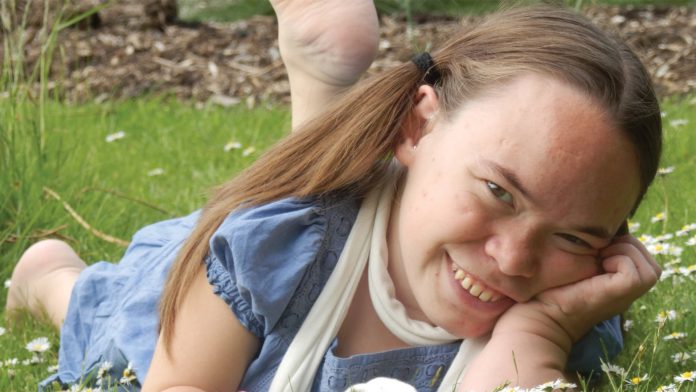 Susanne Kircher, of the Medical University of Vienna, introduces the Austrian MPS Society and outlines the many challenges posed by mucopolysaccharidoses.

11 different enzyme deficiencies can cause the disease, each enzyme defect manifesting with a different clinical presentation. The best known and classical forms with storage in many organs are the Hurler, Hunter and Maroteaux-Lamy diseases. Morquio A and B patients are the representative types with severe skeletal manifestations. Predominant neurological and behavioural problems can be observed in Sanfilippo syndromes A, B, C and D.

All affected patients seem to be healthy at birth due to the sufficient enzyme level of the mother during pregnancy. The first specific signs develop in early childhood and start with discrete changes of physical and/or psychomotor development. At the beginning very unspecific signs can be noted, such as frequently recurrent infections of the upper airways and ears, a large head, and hernias.

With increasing age symptoms will be more specific for MPS: disproportionate short stature, enlarged head with frontal bossing, small saddle nose, enlarged tongue, and flexion contractures of several joints. Usually children are tall at birth, but some present with diminished growth during the first years of life, resulting in a disproportionately smaller stature. In about the second to third year of life, the first truly specific signs may appear: hepatomegaly, lumbar kyphosis, skeletal deformities, cardiomyopathy, and sometimes corneal clouding, developmental delay, or epileptic seizures.

Problems of a late diagnosis

Usually diagnosis is made after years spent in odyssey through the medical system, suffering seemingly unexplainable symptoms. At this time, for many of the patients an early treatment option, such as haematological stem cell transplantation, is no longer feasible and will not be performed because of high risks and doubtable effects.

For half of the different mucopolysaccharidoses types a very efficient and rather safe enzyme replacement therapy (ERT) is available. To start very early with ERT prevents damages caused by the accumulation of lysosomal debris in cells and organs. However, damage already clinically present cannot be reversed by this therapy. A lack of specific therapy in the first years of life deprives patients of the chance for physical wellbeing. Therefore, many of the patients are treated with ERT but still suffer from typical symptoms of their disease.

Mucopolysaccharidoses in its typically severe manifestation is a debilitating disease. Until a generation ago the total lack of specific treatments accounted for the severe course with an early death in childhood or as young adults.

In the early 1980s a group of patients and their families founded the Austrian MPS Society to foster knowledge and profit by exchanging experiences. It was the first patient group for this disease on the continent, and after the USA and UK the third group worldwide. From the beginning, strong efforts were made in the exchange with patients, families and medical professionals nation-wide but also in all countries of Europe and Russia, Japan and South Africa. Many meetings of the International MPS Working Party were organised by the Austrian MPS Society. In 1999, the World Congress for MPS and Related Lysosomal Diseases was held in Vienna.

Due to the rarity of these diseases, the number of institutions and professionals capable of appropriate care and support is still very limited. The stated goals of the society encompass support of patients and their families; close contact with medical professionals, scientists and hospitals; organisation of symposia and conferences; therapeutic programmes for patients and their families; recreational activities for siblings; financial support for families in need; fabrication of educational and information material; and sponsorship of research projects with a key focus on diagnostic methods and therapies. Contact the Austrian MPS Society via email at office@mps-austria.at or visit www.mps-austria.at, www.facebook.com/MPSAustria.

Societies similar to the Austrian MPS Society are now present in all European countries and all over the world, creating a close-knit international network. Concerted efforts are leading to a stronger awareness of mucopolysaccharidoses in the public and in professional communities. This has provided the necessary prerequisite to enable research and development of the now available therapies. Many clinical trials are currently ongoing, testing new substances and therapeutic approaches. Patients and their families form a very welcoming and supportive environment for scientific progress in these areas, putting a lot of effort into sponsoring projects and research, as well as participating in clinical trials.

As the currently available treatments – and presumably all future treatments as well – work best if they are applied as early as possible, efforts are ongoing to promote the diagnosis of MPS at the earliest opportunity. Some countries have included treatable forms of MPS in their newborn screening programmes.

At the same time, a diagnosis before any manifestation of the first symptoms can be difficult to interpret, as severity and the age of onset cannot be predicted accurately. Infrequent attenuated variants of MPS are known, whereby early therapy might not be beneficial. Being stigmatised with a diagnosis of a disease that may only become relevant at a much later age can be a burden and cause social marginalisation. Therefore, the aim should be to successfully diagnose MPS starting with the first specific clinical symptoms.

Much effort is put into the identification of first signs. Most types of MPS have international patient registries, listing all symptoms and characterising the natural history of the different disease types. In parallel, a lot of work is still being invested in elucidating candidate biomarkers that allow confirmation of the diagnosis at the stage of unspecific clinical symptoms. More information is available from the Excellence In Paediatrics Institute’s new webinar: ‘Spot the Early Signs in Mucopolysaccharidoses – One Disease with Many Faces’ (2017) (http://eip-pediatrics-community.ineip.org/recorded_webinars).

Susanne Kircher is the founder and an honorary member of the Austrian and German MPS societies. In 2016 she was awarded with the International Scientific Award of the International MPS Working Party. Please contact her via the details below.