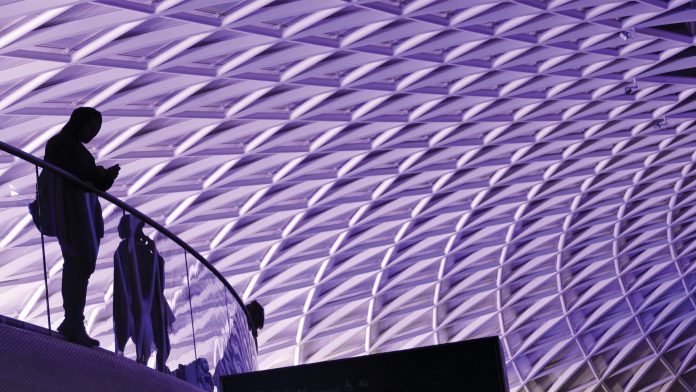 The UK’s Office for Rail and Road completes a five-yearly review in order to ensure rail bodies stay on target.

Britain’s railway is one of the oldest in the world: the first British public railway opened in 1825. It is the fifth most used railway in the world and the number of passengers using it is increasing year on year. In the past, decaying infrastructure has caused a number of safety and running problems, which required the need for costly replacement and repairs.

In order to cope with growing capacity, maintain the safety of rail infrastructure and ensure efficiency, huge modernisation projects must be undertaken which require oversight and monitoring to ensure they are kept on target and are completed in the most cost effective way for taxpayers.

Innovation News Network spoke to Robert Cook, Head of Strategic Projects at the Office for Rail and Road (ORR), about how the regulator holds Network Rail to account; and what is done to ensure repairs, replacements and any rail works are meeting targets regarding both time and cost effectiveness.

How is railway upkeep in England and Wales determined?

Repair works and upgrades to the rail infrastructure are monolithic tasks that can require years of work across miles of ground and involve numerous different companies and shareholders. However, in order to maintain safety of this infrastructure these works are entirely necessary. ORR completes a five-yearly review in order to ensure bodies are on target. Periodic reviews are the main mechanism to determine what Network Rail must deliver, as well as the funding it requires. They are the basis on which ORR holds Network Rail to account.

The last five years have been very interesting. Network Rail was reclassified to the public sector which has had a big impact on its ability to borrow, as it comes under public funding rules. We have also seen declining efficiency over this time which is not acceptable and has to be reversed. Enhancement projects overran and one of the consequences of that is that renewals of the railway got deferred. These renewals are not the big shiny enhancements but essential works such as digging up and replacing tracks when they have become too old. This has meant that asset sustainability has been a really big risk.

Getting the basics right on UK railway maintenance is paramount – we need to ensure punctuality for passengers and long term efficiency. The railway was becoming less sustainable and the long term cost of keeping it in a steady state was going up: it has high density usage as passenger numbers have doubled since privatisation. It is a victim of its own success.

What funding is given to Network Rail to help upgrade infrastructure to cope with growing capacity?

Over five years Network Rail has been given total funding of £35 billion for maintaining and renewing the network. This includes a 17 per cent increase in funding for renewals, which should help contribute to keeping renewal projects on track. In the Periodic Review we also decided to put additional resources into timetable planning – a smaller area in terms of expenditure, but very important – and we have doubled the funding to £270 million which has equated to about 100 extra staff.

ORR carried out a lot of detailed scrutiny: in the year up to the final determination we have held more than 200 meetings with technical experts at Network Rail and commissioned work from technical consultants. ORR is introducing a new regulatory policy for holding Network Rail to account, improving benefit to passengers and other railway users.

The new policy allows ORR to target those areas which have the most serious impact and detriment to passengers, freight customers and funders by prioritising progress over process to reach early and pragmatic resolution of problems.

Local focus is another aspect of this review. In the last five years more responsibility has been devolved to regional areas who are now responsible for producing their own delivery plans and holding their own budget. We are making sure everyone is working well together – we have tried to put customers as much as possible in the driving seat. We are there to check the quality of the plans, check Network Rail is reaching agreements and check they are behaving appropriately with customers.

One of the criticisms of the previous five year period was that we set too many regulatory targets, so the rail bodies became more focused on the regulator rather than the customers. We have tried to reduce that as we see our role as promoting and protecting the relationship with their customers.

What powers and methods of monitoring are used to ensure Network Rail delivers what it is supposed to and what can be done if objectives are not delivered?

Legally we can take enforcement action under Network Rail’s licence, which we set. Alongside making regulatory determination, we led a project to refresh their licence. We need to make sure parts of Network Rail are responsible for delivering on plans – those responsible for timetabling and planning must have distinct accountability for the functions that they carry out. We don’t want to just turn around and point the finger at Network Rail as a single monolithic entity – we can point the finger at these specific parts of the business. We have reformed the licences in order to make clear particular obligations.

The ultimate sanction here is fines. However, the problem with fining a public sector company is that it takes money out of the operational railway and hands it back to the Treasury. We have been keen to avoid that situation so we have revised the ultimate sanctions we can take on Network Rail; so we can take action early to resolve problems before they get out of hand. We can fine up to 10 per cent of turnover, but in practice we look at taking a number of other actions first, such as holding a formal hearing. Ultimately, we could levy a fine which we could scale to be affordable by management bonuses: if we scale it to be paid by bonuses it would be more difficult for Network Rail and its shareholders to pass that on to the affected individuals.

While it is for Network Rail to decide on their management bonuses, there is also a clever regulatory mechanism which allows us to change a metric about financial performance that the ORR calculates – we can change the metric and that flows through to management bonuses. We feel this is the right balance.

How do you ensure that UK railway maintenance projects being undertaken now are future-ready, to help prevent infrastructure problems and prevent large projects needing to be done again in the future?

Regarding innovation, technology and passenger experience – particularly whether passengers can travel with a smart ticket across the whole network – we have done quite a few things that should support smarter travel. So far, we have approved €283.26 million for research and development, which is aligned with their expenditure over the last five-year period and given €46.23 million to the Performance Innovation Fund, which supports research about how to improve railway performance in the interest of passengers. At a high level, a greater focus on local customer needs can also support the push for smarter travel. We have required Network Rail to have discussions with people who are going to be affected by their plans, including local bodies, so this helps make sure their plans are more integrated with other forms of transport.

How are complaints dealt with?

We took action by carrying out a review about what had happened with the timetabling problems last year and have taken enforcement action against Network Rail. We are also in the process of taking action against Govia Thameslink Railway train operating company.

Looking to the future, one new option we have been looking at is ORR hearings, making appropriate use of reputational incentives so companies will think about what they are doing. This will be done by calling them to a formal hearing which will be on the public record. If something was only just unfolding, we think it is unfair to say they have failed – we should bring parties together and resolve it; and that would be a basis to hold them to account again. If it has already gone badly wrong, we can look at it in a different way about how we can act. We can use our powers flexibly, but we want to pull people to a formal forum to be held to account. We always want to secure commitments to that put the interests of railway users first, as the railway exits to serve the customers.