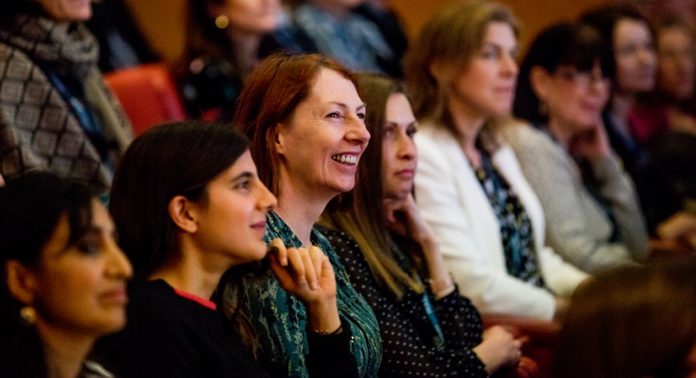 We spoke to the President of The Nutrition Society, Professor Julie Lovegrove, about the importance of nutrition science.

The Nutrition Society was established in 1941. The invitation letter first sent to researchers interested in nutritional science suggested scientists convene to form a Nutrition Society said: ‘there are a considerable number of research workers and others in favour of holding meetings to discuss nutritional problems. Such meetings would serve a useful purpose, especially in enabling workers studying different aspects of the same problem in agricultural and medical institutions to meet and help each other with information and constructive criticism.’

In accordance with this invitation a meeting of those interested in nutritional issues, convened by Sir John Boyd Orr, was held in London at the Royal Institution on 23 July 1941, where The Nutrition Society was founded. Sir John later received the Nobel Peace Prize for his scientific research into nutrition and his work as the first Director General of the United Nations’ Food and Agriculture Organization (FAO). Today, the Society is one of the largest learned societies for nutrition in the world. Based in London, UK, the Society has over 2,600 members from 87 countries, and continues to realise its original mission from 1941: ‘to advance the scientific study of nutrition and its application to animal and human health’.

The Society aims to create opportunities for building relationships that strengthen research and collaboration within the field. To this end, the Society works with a broad range of organisations and individuals including universities, parliamentarians, industry representatives, academic researchers, and other membership organisations in order to nurture and disseminate the evidence-based study of nutrition. The Society is part of a group of 25 learned societies that work to represent the interests of UK scientists and to support the life sciences sector in parliament and more widely in the UK. Additionally, the Society also hosts the secretariats of the International Union of Nutritional Sciences (IUNS) and the Federation of European Nutrition Societies (FENS) to support international nutrition development and collaboration.

Nurturing and supporting the next generation of nutrition scientists is a key objective for the Society, with conference and travel grants awarded annually to early and mid-career researchers who are both national and international members. The Society also acknowledges contribution and expertise in the field of nutrition with awards and medals for those at all stages of their career, recognising excellence in nutrition research. Above all, the Society provides members with a professional and welcoming community within which to grow and pursue a successful career in nutrition. Membership is open to any individual with an interest in nutritional science.

Why is nutrition science important?

Nutrition science can be broadly defined as the study of diet and dietary components and their impact on human and animal health. With food also playing a central role in culture, as part of social occasions, and in many religions, nutrition is unique among the sciences in representing a trans-disciplinary mix of biochemistry, biology, sociology, health sciences, food science, psychology, and latterly environmental science. Contemporary approaches to nutrition (and public health nutrition in particular) integrate a food and nutrition systems focus with wider social, cultural, economic and environmental co-determinants and solutions considered alongside human rights principles. After all, as many nutritionists are fond of saying, we do not eat nutrients but foods.

Nutrition is still a relatively young science, with much to be discovered. By way of example, the UK Chemical Society (later the RSC) was founded in 1841, but it was not until 1948 that vitamin B12 was isolated. After the discovery of vitamins in the mid-20th century, it was thought that there was nothing left to discover in the field of nutritional science. Time has proven this prophecy to be somewhat naïve and incorrect. The importance of nutrition as an effective means of reducing disease risk and prevention is now recognised, with prevention being a key priority in public health. Evidence-based nutrition is essential to ensure optimum health of our ageing population, with consideration of the sustainability of the food supply and effective strategies for changing dietary behaviours a critical requirement in order to achieve this aim.

Rapid globalisation, urbanisation, and population growth have caused a profound shift in dietary patterns, lifestyles, and patterns of disease. As a result, rates of overweight, obesity and non-communicable diseases (NCDs) have risen, while undernutrition and micronutrient deficiencies have persisted. In many countries, these different types of malnutrition coexist at both a national and a household level, and certainly both over- and undernutrition remain key public health issues in the UK. The Malnutrition Task Force recently estimated that one in 10 older adults in the UK is undernourished, rising to 40% of those admitted to care homes.

Obesity is also of major public health importance, contributing to an increased risk of numerous non-communicable diseases, such as type II diabetes, cardiovascular diseases and some cancers. Development of effective strategies to reduce this exponentially increasing metabolic condition is a priority. A key issue in nutrition science is not only the development of a strong evidence base for how diets can promote health, but effective methods of determining dietary intake, perhaps by use of validated biomarkers, and strategies to motivate and sustain change in dietary behaviour towards healthier dietary choices. Tailoring of nutrition advice to an individual or group’s specific requirements has been associated with greater dietary change, yet more research is required before truly personalised nutrition becomes a reality.

However, one of the biggest challenges in the 21st century is the provision of adequate nutrition through a sustainable food system for the increasing global population in an era of climate change and biodiversity loss. This will require the collaboration of nutrition scientists with many other sectors. To tackle these important priorities in nutrition science and to improve overall population health, sufficient funding is essential in addition to public recognition of evidence-based nutritional advice.

As the Society nears the end of its five year strategic plan in 2021, it is a time to reflect but also to look forward to continuing to support the international nutritional science community over the next five years. In the UK, the Society hope to see widespread recognition and stronger support for evidence-based nutrition. Currently, ‘nutritionist’ is not a protected title, with the public often unable to distinguish between evidence-based nutrition advice and information from less reputable sources. Recognition of the profession of nutrition, with a protected title, and continued elevation of nutrition as a major science and preventative strategy for health promotion are all paramount. As a result, the Society supports the Association for Nutrition with their work in the professionalisation of nutrition.

The Society is also continuing to improve member benefits to support study and career progression. Furthering our collaborative links with the medical profession and other related disciplines and broadening our global collaborations with other Nutrition Societies around the world will remain of great importance. The Society’s policy work will be a focus for the future, building on the Society’s current position as a recognised voice of authority on nutrition science with the infrastructure, policies and procedures in place to present evidence-based nutrition science to Government and policy makers.

In Europe, cOAlition S (or Plan S) provides a new opportunity to consider both open access publishing and open data policies and the Society, with Cambridge University Press, will ensure that these opportunities are explored in order to support members and the wider community. The Society’s larger ambition is to expand its international work to help establish global regional centres of excellence to support training of the next generation of experts and a better health workforce in the UK and globally.

Finally, as a founding member of the recently launched Academy of Nutrition Sciences (which aims to be the collective authoritative voice for nutrition sciences) along with the Association for Nutrition, British Dietetic Association and British Nutrition Foundation, the Society hopes to see the Academy working to fulfil its aim of collectively working to improve public health and wellbeing by supporting excellence in research, education and associated activities to advance the knowledge and application of evidence-based nutrition science.