CO2 concentration is affecting the photosynthesis of peat-forming mosses 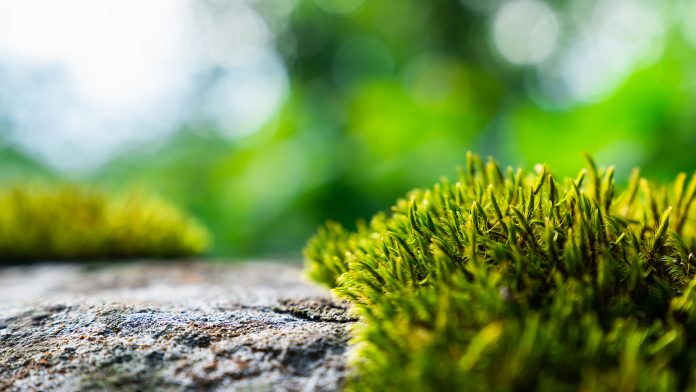 Scientists from Umeå University and the Swedish University of Agricultural Sciences have explored how a rise in atmospheric CO2 concentration is globally affecting the photosynthesis of peat-forming mosses.

A collection of scientists at Umeå University, Sweden, and the Swedish University of Agricultural Sciences, have collaboratively developed ways to decipher the effects of the rise in CO2 concentration during the past 100 years on metabolic fluxes of the key plant species in peatlands, mosses.

An analysis of cellulose in peat cores collected by collaborating scientists, working in five continents, indicates that a CO2-driven increase in photosynthesis of mosses is strongly dependent on the water table, which may change the species composition of peat moss communities.

The importance to capture CO2 concentration

As human CO2 emissions continue, it is increasingly important to capture CO2 in order to mitigate the associated climate change effects. Peatlands are the largest soil carbon stores globally, but the impact of climate change on peatlands remains unclear. During the 20th century, global atmospheric CO2 concentrations have increased by nearly 50% and further increases are inevitable according to the Intergovernmental Panel on Climate Change, IPCC, with severe consequences for humanity. Currently, an uptake of CO2 by the land biosphere has dampened the CO2 rise and prevented even more severe effects.

Although peatlands cover only 3% of the global land surface, they store a third of the global soil carbon. Thus, an uptake of CO2 by peat mosses is important, but little is known about how their physiology is affected by rising CO2 levels. To understand if peatlands will continue to store carbon and mitigate climate change in the future, the scientists investigated peat mosses’ responses to the increase in atmospheric CO2 levels.

Collaborating researchers from five continents collected peat cores from ten locations worldwide for the study. In a novel use of nuclear magnetic resonance spectroscopy, distributions of the stable hydrogen isotope deuterium in cellulose of modern and century-old peat mosses were then compared. This allowed researchers to reconstruct changes in photosynthetic efficiency during the 20th century, by estimating the impact of photorespiration, a side reaction of photosynthesis.

“Photorespiration is critical for the carbon balance of plants because it reduces the efficiency of photosynthesis by up to 35%, and it is suppressed by increasing CO2 but accelerated by increasing temperature,” explained Jürgen Schleucher, Professor at Department of Medical Biochemistry and Biophysics at Umeå University, Sweden.

Unlike higher plants, mosses cannot transport water, so the water table level controls their moisture content, which affects their photosynthetic performance. As a result, models based on higher plants’ physiological responses cannot be applied.

That the effect of CO2 depends on the water table level can have major consequences for peatland species composition, as only mosses that grow at an intermediate distance from the water table level benefit from the higher atmospheric CO2 concentration. Moreover, changes in the peatlands’ water balance can strongly affect their future carbon balance, as too wet or too dry conditions reduce peat mosses’ ability to scavenge carbon.

Although peatlands have dampened CO2-driven climate change so far, the changes have already had devastating effects. If human CO2 emissions are not strongly reduced, the atmospheric CO2 concentration will further increase by hundreds of ppm by 2100, and average global temperatures will rise several oC above pre-industrial levels. It is unclear how peatlands will be affected by this.

“To get a clearer picture of photorespiration’s importance for peat mosses and peat carbon accumulation, the next step is to transfer our data into tailored photosynthesis models to estimate global peatland carbon fluxes. Future CO2 levels, temperature rises, changes in precipitation and water table levels will all need to be considered to forecast peatlands’ fate in a changing climate,” concluded Schleucher.