The Education and Fiscal Citizenship Project in the Lusophone area 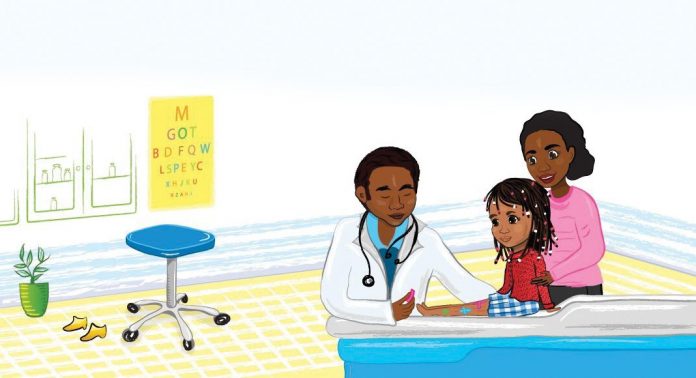 ISCAL and IDEFF Professor Clotilde Celorico Palma outlines the measures being taken in Portugal to improve citizens’ awareness of the social function of taxation through the Education and Fiscal Citizenship Project.

Fiscal Education consists of a method of teaching and learning that aims to raise citizens’ awareness of the social function of taxation and its role in promoting social justice, by encouraging them to participate in the allocation, collection and monitoring of public money.

In a strict sense, it refers to the educational approach seeking to understand income collection and public spending, so that taxpayers become aware that taxation is the price we pay for a civilised society, appealing to justice, transparency, honesty and efficiency. In a broad sense, it should deal with the understanding of what the state is, its functions and financing, and the structure and functioning of public administration.

The adoption of a good fiscal education policy allows citizens to become aware of the need for state funding through tax collection and their duty to participate in the allocation, collection and monitoring of public funds.

Nowadays, it is agreed that fulfilling tax obligations regarding the payment of taxes is, more than an obligation, a moral and fundamental duty of citizenship.

Our society is increasingly in need of transparency concerning the actions of the government, and, to this end, the active participation of citizens in building a fairer, more egalitarian and democratic society in which everyone exercises citizenship is of the utmost importance.

The controversial relationship between the state and citizens leads to situations of great instability and constraints and a misconception of the fiscal system, and can often be influential to the point of changing taxpayers’ behaviour in deciding whether or not to comply with the fundamental duty of paying taxes.

This decision depends on the willingness of taxpayers to pay or not to pay taxes and the extent of their knowledge of fulfilling their tax obligations.

The Education and Fiscal Citizenship Project (Projecto Educação e Cidadania Fiscal – ECF), financed with funds from the EU through the Portugal 2020 programme, gave birth to the idea of associating the need to implement education and citizenship fiscal policies in Lusophone countries.

In Portugal, with the involvement of national authorities, particularly the ministries of finance and education, the academy and economic agents, such as the Certified Accountants Association (Ordem dos Contabilistas Certificados – OCC), it is intended to present a national plan for education and fiscal citizenship and to adopt various initiatives, such as the holding of conferences, pedagogic publications on taxes and public finances aimed at all age groups (from childhood to senior citizens), academic papers and the making of a film and a digital game.

With a view to promoting the institution’s knowledge with the community in general and particularly in Lusophone countries, and the eminently practical nature of the teaching which characterises polytechnic education, in 2015 we started to set up a research area in education and  fiscal citizenship at ISCAL, initially involving as partners the OCC, CIDEFF, and the Faculty of Economics at the University of Coimbra (FEUC) and Coimbra Polytechnic Institute (ISCAC) and, later on, the Vale do Cávado Institute (IPCA).

The research so far

The research area is known as education and fiscal citizenship in Lusophone countries, and is seeking to develop a research network, conceive of and exchange ideas and projects in those countries, involving students and teachers (master’s theses have already been carried out at ISCAL and in Cape Verde on this topic, as well as other works) and the presentation of the national plan for education and fiscal citizenship.

The project has undertaken considerable activity in the Lusophone community, involving activities with all age groups, and conferences have been carried out with the sponsorship of the Tax and Customs Authority of Portugal, the OCC and the national authorities of Angola, Cape Verde and Mozambique and the University of Marília in Brazil.

Four international conferences have been held in Lisbon, Porto, Coimbra and Cape Verde as part of this research project, and the 2nd International Conference on Citizenship and Fiscal Education in the Lusophone world was held in Maputo, Mozambique, in November 2017. More International conferences on education and fiscal citizenship are planned in Lusophone countries in 2018: Recife (Brazil) in June, Cape Verde in July and Luanda (Angola) in September.

It is our intention to carry out a survey of the situation concerning education and fiscal citizenship in these countries, as well as a final publication with analyses and proposals from teachers, students, and staff from these administrations and economic operators.

The ECF project underway is adapting the book Joanna and taxes – A history of fiscal education for children to the fiscal reality of Lusophone countries. An adaptation for Brazil has already been carried out by Professor Rodrigo Pessoa of the Universidade da Amazônia, an adaptation for Mozambique by Dr Natércia Sílvia Manhenje, of the tax authority of Mozambique and for Angola, by Dr Alice Neves, former director general of the General Tax Authority of Angola. An adaptation for Cape Verde is currently being developed by Dr Odete Andrade, director of the National Directorate for State Revenue in Cape Verde.

The publication and distribution of copies of each of the books will be funded by the ECF project and will be launched at the planned international conferences.

The topic of fiscal education now forms part of the curriculum unit of international fiscal law in the master’s courses in taxation at ISCAL and at ISCEE. More than 20 academic works have been carried out covering various age groups – from childhood to senior citizens, involving various techniques, particularly the carrying out of surveys and interviews. The main results of these works will be presented by the students themselves and commented on by professors at the final international conference which will take place in Lisbon at the end of the project in November 2018.

This project has received special attention from various public and private institutions in Portugal, as well as in Africa, and we have also been contacted by schools and companies to carry out various initiatives.

Essentially, we intend to promote research into and practice on education and fiscal citizenship and in general make citizens aware of the importance of taxes. We started this project in Portuguese-speaking countries.

To sum up, we intend to obtain joint solutions in the Lusophone area, disseminating and sharing knowledge through teachers and students, leaders, technicians, and the community in general, dealing with a subject which is not often dealt with in Portugal to which the OECD has often called considerable attention in recent times, especially in view of the needs arising from the global economic crisis, on which the European Union has very recently created a website of special concern for children and young people.

The ECF project is co-ordinated by Clotilde Celorico Palma, co-ordinating professor in the area of law: taxation, in her capacity as course co-ordinator of the honours degree in accountancy and administration/taxation and the master’s degree in taxation at the Instituto Superior de Contabilidade e Administração de Lisboa (ISCAL). She is also a member of staff at the Institute for Economic, Financial and Tax Law (IDEFF) within the Faculty of Law at the University of Lisbon and a researcher at the Centre for Research into Economic, Financial and Tax law (CIDEFF) of the Faculty of Law of the University of Lisbon.