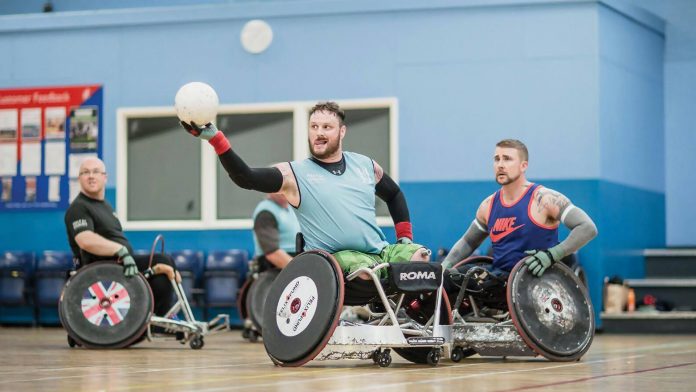 The Explosive Ordnance Disposal (EOD) community across the British Army, Royal Navy and Royal Air Force as well as SO15 (the Metropolitan Police Counter Terror Unit) attends over 2,500 suspect devices, WWII bombs and terrorist situations in the UK each year. The last few years have seen the UK on the receiving end of increased terrorist activity, such as the 2017 Manchester bombing and attacks in London; so personnel in the EOD community are called on even more, putting a greater burden on EOD community mental health. These events have had a national impact and our thoughts are with all of those who have been affected.

This group of people are on call 24/7 to assist the emergency services with such events: the men and women of the EOD community are continually on the front line protecting the country. You rarely see or hear of their contribution but members of specialist military EOD units and SO15 – the Metropolitan Police Counter Terror Unit – play a pivotal role in exploiting and, where possible, preventing terrorist attacks. This continued exposure to highly stressful situations can have a lasting effect both physically and mentally on individuals. Felix Fund, the bomb disposal charity, supports these brave professionals by providing much needed welfare support and financial assistance.

In the first years of its existence Felix Fund provided normalisation breaks for over 100 EOD teams on their return from Afghanistan and Northern Ireland. These breaks were designed to identify or reduce the impact of mental stress that a high pressure tour can bring about and consisted of a week’s therapeutic team building activities, discussion groups designed to draw out and share operational experiences; and more importantly provided the opportunity to regroup and reinforce peer bonds with colleagues who had travelled the same operational journey. The breaks proved vital in identifying and ultimately reducing the risk of poor levels of EOD community mental health.

Today Felix Fund continues to focus on the important issue of mental health amongst serving military and in late 2015 we launched a programme providing preventative stress training, based on mindfulness. The programme’s ‘Dashboard Courses’ aim to provide individuals with tools and techniques which will enable them to recognise warning signs of stress and other issues affecting EOD community mental health and to allow them to develop their ability to relax, clear their minds and focus on positive aspects of their life. This will then feed back into a more productive work and home environment with reduced levels of stress.

The Dashboard Courses have proved very effective. How many training programmes will get a group of serving military doing yoga, breathing exercises and running around a room playing catch with fluffy toy? The key to the programme is a totally relaxed environment away from work and home stresses, where individuals can focus on themselves.

To date Felix Fund has seen nearly 200 EOD and Search personnel undergo these courses, with fantastic results – a 98% positive response to the course and what it delivers; and 90% of people stating they would encourage colleagues to attend. 80% of attendees stated they would continue with the meditation and breathing techniques.

Another key area for Felix Fund is providing hardship grants to serving military, veterans and their family members when they find themselves in times of need. This can be as wide ranging as home adaptations such as the installation of a lift for a multiple amputee, funding for a specially adapted vehicle and in the purchase of specialist equipment, such as electric wheelchairs or bespoke sporting equipment.

Some of our most recent support has been towards sporting wheelchairs. Two former Sappers, both of whom lost their legs in Afghanistan, have been provided with rugby and racing wheelchairs, which enabled them both to be selected for the Invictus Games in Toronto. The rugby team went on to win a silver medal. We have also provided the young disabled son of a former Sapper with a football wheelchair. His family had relocated and he was not able to borrow a chair at his new team, meaning he could no longer play. Now he has his own and is back on the pitch.

Felix Fund is not just here for the serving and recent veterans; we have helped those involved with World War 2; purchasing a stairlift for the widow of a WWII Sapper and a specialist chair for a former RAF WWII bomb disposal veteran. From wheelchairs to replacement windows to funeral costs, the charity prides itself on tailoring the help we give to match individuals’ needs.

Felix Fund also concentrates on sustaining the memories of those who gave their lives in the line of duty. From those bomb disposal personnel killed in the troubles in Cyprus in the 1950s through the 1970s and 1980s in Northern Ireland, where many paid the ultimate price, to those we lost in Iraq and Afghanistan.

We help with the upkeep of memorials to those men and women, as well as ensuring that they are never forgotten.

The support Felix Fund provides is wide ranging and is aimed at a high-profile tri-service community. At its heart is a desire to reduce the mental stress caused by conducting EOD and Search duties. For a small charity, its impact has been significant, and it is cutting edge in the services it provides.

This work can only be achieved if Felix Fund continues to gain support from both the military and civilian communities. Donations are vital to ensure the work continues. The men and women of the EOD and Search community may not be deployed in large numbers overseas currently, but they continue to keep us all safe, even when we are not aware of it.

You can help – make a donation, support an event or hold your own fundraising challenges we need your assistance. Let’s make sure these heroes get they help and support they of richly deserve.