Innovation in space: the private sector’s role in the 2020 space race 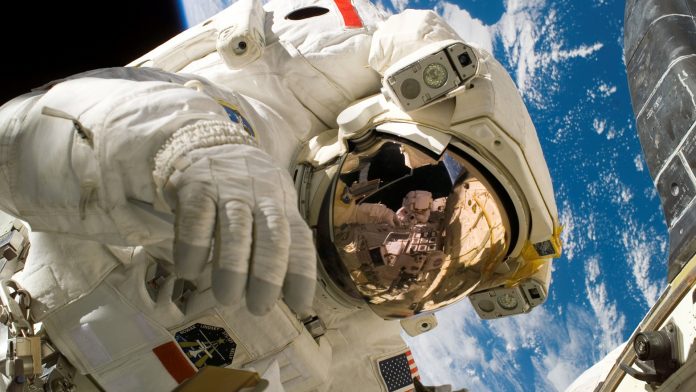 As the industry becomes more commercialised, funding for the space sector is set to increase – could this be the start of a new space race?

SpaceX has paved the way for a new wave of commercial space technologies. However, private actors have been influencing the space industry for many years.

In May 2003, Scaled Composites first launched SpaceShipOne, an experimental and reusable space plane that uses a hybrid rocket to achieve speeds of up to speeds of up to 900 m/s. SpaceShipOne completed the first crewed private spaceflight in 2004, which was then retired that year.

Virgin Galactic plans to operate a fleet of five improved SpaceShipTwo spaceplanes in a private passenger-carrying service and has been taking bookings for some time, with a suborbital flight carrying an updated ticket price of $250,000.

SpaceX is responsible for some of the most innovative space technologies produced in the last decade. SpaceX has created the most powerful rocket ever developed, Falcon Heavy, which can lift more than twice the payload of the next closest operational vehicle, the Delta IV Heavy.

Although the nature is of the commercial space sector is competitive, many private companies share common goals.

How can commercialisation reduce overcrowding in space?

Almost 60 years of space activities and more than 5,450 launches have resulted in approximately 23,000 objects remaining in orbit. Around 24% of the catalogued objects are satellites. This catastrophic waste of technology can have a negative effect of future launches and it has been theorised that sending objects into Earth’s orbit could become impossible due the risk of collision. This debris must be removed from orbit if the space industry is to continue to grow.

Many private companies have taken on the burden of removing debris from Earth’s orbit. Aviosonic Space Tech has pioneered the first Debris Collision Alert System (DeCAS) for the monitoring of space vehicles and satellites as they re-enter Earth’s atmosphere. Avisonic’s patented space debris management system, DeCAS, addresses the vital issue of protecting people and institutions across the globe through a precise, efficient, and cost-effective system which will make the world a safer place.

Although the removal of space debris is an important step in sustainable space travel, many businesses are developing nanosatellites to reduce the volume of technology in orbit. Another benefit of developing nanosatellites is that they can do almost everything a conventional satellite does at a fraction of the cost, making this technology more popular in the commercial sector.

Is Mars an unachievable goal for the private sector?

Travelling to Mars has been a major goal of the 2020 space race. However, with minimal funding, many commercial space companies have struggled to keep afloat. One of which, Inspiration Mars, initially planned to launch a spacecraft to Mars in January 2018, with a backup opportunity in 2021. However, the Inspiration Mars Foundation has not made any recent public announcements on the matter. In testimony before Congress in November 2013, Tito said that he expected private donors would only provide around $300m. Tito then asked for an additional investment of $700m from the US government. NASA said they would not commit to sharing expenses with the organisation.

Many privately owned businesses have expressed their interest in travelling to Mars. The Netherlands-based company, Mars One is working toward sending four astronauts to Mars in 2026, and four more every two years thereafter. With an initial cost of $6bn, the company aims to raise fund for this mission by staging a global media event around the project, from astronaut selection, to launch, to the settlers’ life on Mars. However, Mars One allegedly filed for bankruptcy in 2019.

SpaceX’s founder, Elon Musk, announced that he wants to land the first transport ship on Mars by 2022. Musk suggests that this ship will be followed by four vehicles, two of which would be crewed. According to SpaceX: ‘Together the Starship spacecraft and Super Heavy rocket create a reusable transportation system capable of on orbit refuelling and leveraging Mars’ natural H2O and CO2 resources to refuel on the surface of Mars.’