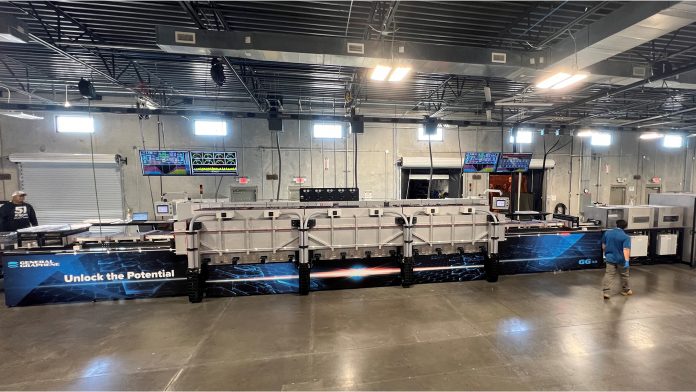 General Graphene discusses the highly complex process of taking graphene out of the laboratory and into the real world.

Graphene – the first ever two-dimensional nanomaterial – was isolated and characterised in 2004 by Andre Geim and Konstantin Novoselov, for which they received a Nobel Prize in Physics in 2010. It is now 2022 and graphene still hasn’t found its way into the real world and several big questions still remain on everyone’s mind. Graphene has amazing properties, but what is it used for? If graphene is so great, why is nobody using it in the real world? What has taken so long and what is next for graphene?

To date, most of the market thinks of graphene as one material and associates it almost exclusively with the particulate form – popularly known as graphene oxide, reduced graphene oxide, or graphene nanoplatelets.

After spending seven years working with graphene and successfully finding a way to mass produce it, we have learnt certain things about the material which help clarify what it is and what it is not.

Graphene is a spectrum of carbon-based nanomaterials available in various atomic and physical structure configurations – the most popular forms are particulate and films.

Graphene is not a one-size-fits all material and, to apply graphene across a variety of applications, the growth process must be adaptable, and several optimisation and functionalisation steps are involved depending on the end application.

The most important takeaway from this is that graphene’s properties depend on several factors – number of layers, defect density, substrate used, crystal size, and the use of doping agents. This means that having an adaptable process is critical to tailor graphene’s properties for specific end applications. Of course, an adaptable process that is not scalable and cost effective only solves a third of the problem. 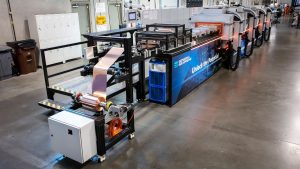 Graphene: It can do everything except leave the lab

This statement is very familiar to everyone in the graphene industry and, looking at the last two decades, graphene has unfortunately fallen into a niche bucket of technologies that we all hear and read about. They claim to be capable of revolutionary and world-changing breakthroughs but, for some reason, they do not see the light of day and never make it out into the real world.

When graphene was discovered, people were quick to label it as the ‘wonder material’ and the world’s strongest, thinnest, and most conductive material. These properties do exist, but only at the nanoscale and do not scale readily to human sizes. And even at the nanoscale – while still being remarkable – graphene’s properties do not live up to the unreasonable level of hype that was prevalent during the previous decade.

The focus was on what graphene was, and not what it could do. And really, because of this misaligned focus, people’s understanding of what graphene was ultimately ended up being skewed and misguided. This is still evident in the market today. Around 90% of people who know about graphene think that it is one material and associate it exclusively with particulate – available most commonly as a black powder. In addition, almost everyone in the market thinks of graphene as a ‘one-size-fits-all’ material with properties that can be applied consistently across a wide range of applications.

The world had not been exposed to nanomaterials, which meant that understanding and applying graphene’s properties was a task that had a steep learning curve – made harder by the public’s expectations and interpretation of graphene.

The only answer to this was to build up graphene’s credibility as a material and take steps to scale up on initial research efforts. This hinged on the availability of cost-effective graphene in mass volumes and at a consistent and reproducible quality.

Unfortunately, mass production proved to be difficult, which meant that gathering data and evidence of graphene being used in real-world applications was a tall order. This was particularly true for graphene films made using chemical vapor deposition (CVD) – the process was limited to quartz tube furnaces that were time consuming as they operated in vacuum conditions and only yielded small batch quantities of graphene.

Many wrote off graphene and claimed that it would never make it out into the real world because of the mass production conundrum. The mass production odds were far bleaker for graphene films made using chemical vapour deposition, as even the Nobel Prize winners stated that it could not be done.

In 2017, General Graphene successfully commissioned GG 1.0 – a proof of concept that demonstrated the ability to make CVD graphene under atmospheric conditions. This was an unprecedented achievement as the CVD process had been limited to vacuum conditions – and it ignited a spark towards achieving General Graphene’s goal to make scalable, adaptable, and cost-effective CVD graphene for a variety of end applications.

GG 2.0 – a pilot production line – was commissioned in 2019 and demonstrated under the scaled-up conditions that making CVD graphene under atmospheric conditions was a viable path towards achieving scalable mass production of CVD graphene.

GG 2.5 – an iterative design – was commissioned shortly after GG 2.0. Unfortunately, this system did not work as intended but General Graphene was able to learn a few critical lessons from it:

The lessons we learnt from GG 2.5 were passed down and fed into our current CVD graphene manufacturing system – GG 3.0 – which is an industrial-scale system capable of producing CVD graphene cost effectively at a consistent and reproducible quality for a range of applications. GG 3.0 is the only system in the world today that is capable of true industrial-scale production of CVD graphene at industry-compatible prices and a consistent and reproducible quality. Having developed thousands of graphene growth recipes, General Graphene has the capability and experience to adapt graphene’s properties and optimise it correctly for a wide range of applications. Furthermore, General Graphene’s experience in transferring graphene onto a variety of surfaces means that it has grown and transferred graphene on more surfaces than anyone else in the world.

Building a truly adaptable industrial-scale process with several quality control and optimisation techniques enables General Graphene to make CVD graphene for a variety of end applications. Having been application agnostic since inception, General Graphene’s focus is centred solely on the mass production of CVD graphene and function as a pure play graphene foundry. This approach has enabled General Graphene to maximise graphene’s potential as an incredibly versatile material and to cater to customers in different markets by delivering graphene that is tailored for specific end applications. With GG 3.0 commissioned and ready for full-scale commercial operations, the biggest impediment to the commercial adoption of graphene has been solved – cost-effective mass production at consistent and reproducible quality. 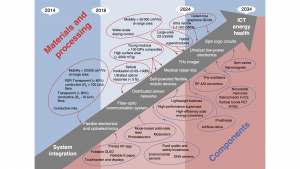 Graphene’s roadmap has always been awe-inspiring in terms of its wide application potential and the new markets it can help create. However, it has also been a subject of scepticism among many in the scientific world since progress has been slow.

Ultimately, the success of any new material is heavily dependent on the existence of mass production capabilities at prices, volumes, and qualities that are compatible with end applications. Graphene has the power to create several new markets that are far larger than the material itself – much like silicon. With seven years of experience in making and optimising CVD graphene for many applications and the world’s first commercial-scale CVD graphene production system, General Graphene is confident in its ability to be the driving force behind CVD graphene commercialisation and finally take it out of the lab and into the real world.