Using underwater vehicles to identify changes in the ocean environment 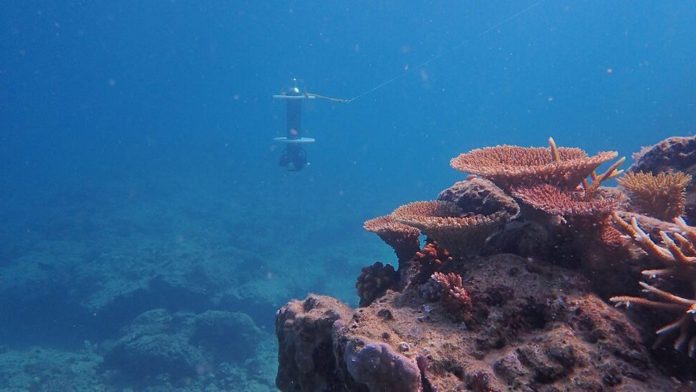 Using autonomous vehicles, a scientist with funding from the Norwegian University of Science and Technology (NTNU) is mapping changes in the ocean environment, including tropical and temperature changes.

Oscar Pizzaro, the researcher behind the project, has previously studied marine robotics and environmental conditions in Australia. This research allowed marine scientists to characterise the seafloor environment and its changes. The changes identified can be down to natural variability; however, they could also be a result of human activities, including pollution, the introduction of invasive species, and climate change.

Now, through his work with NTNU, Pizarro wants to map and monitor the ocean environment along the Norwegian coastline and in the Arctic.

The new autonomous vehicle, which will measure the changes, is under development and is set to cost less than 100,000 NOK, which is relatively cheap compared to existing subsea robots. The development of this prototype is the main reason for Pizarro’s work in Norway.

Pizarro said: “Can we scale up observations by making the robots cheaper and easier? Today, when we use robots to study the environment, it is a relatively complex undertaking and requires expensive and rare resources like ships, trained people, and sophisticated machines. It becomes too expensive to collect enough data to understand the environment.”

The newly developed prototype has already analysed the ocean environment in Ny Ålesund Svalbard and Tautra in the Trondheim fjord, which contains the world’s shallowest coral reef in cold water. Although the vehicle is still only a prototype, the results have been promising so far.

Martin Ludvigsen, a researcher at NTNU’s Autonomous Marine Operation and Systems lab (AMOS) and manager of the Applied Underwater Robotics Lab, commented: “Pizarro is a pioneer in optical imaging of the seabed and has given huge contributions in photogrammetry, navigation, and picture processing. Through this programme, we can have more robots with cheaper prototypes and risk a bit more with them.”

Mapping the ocean environment will monitor the impact of human activity

NTNU has provided Pizarro with research grants for 2.5 years so he can contribute to exciting ongoing projects with mapping of the ocean environment in the Arctic, Mjøsa and Trondheim fjord, as well as several other places. This mapping is critical to understanding how human activities impact oceans and lakes.

Based on Pizarro’s previous work, high-resolution, three-dimensional visual maps of the seabed in Australia and other parts of the world have been made on multiple scientific expeditions.

“This work has been used by marine scientists and especially marine ecologists. Single images don’t cover much ground, but if you combine many, you give a picture of the conditions on the seafloor, you see patterns at broader scales yet still at high resolution,” Pizarro explained.

Through the collaboration with NTNU AMOS, the plan is to take the mapping of the ocean environment to the next level. Pizarro is fascinated by the observational pyramid that NTNU AMOS is developing. This pyramid uses small satellites, drones, and autonomous vessels on the surface of the water and subsea to map areas throughout the ocean.

The robotic seafloor monitoring programme was a world-first

“We did this research with a group of fantastic students and some talented engineers and turned it into an operational seabed observation and monitoring programme around Australia,” Pizarro commented.

Through annual or two-yearly precise observations of the ocean environment, changes in the seafloor and how different species grew, died, and if they moved could be made. So, why did the research’s focus move from Australia to Norway?

Pizarro explained: “This research in Australia goes on, but as an operational monitoring programme, where there is less room for big changes. I want to develop new robots that can observe the ocean environment even better and see how we can collect data more cheaply and efficiently.

“NTNU and Trondheim are a hub of research and innovation in marine technology, so it seems like a great place to make big advances,” he concluded.