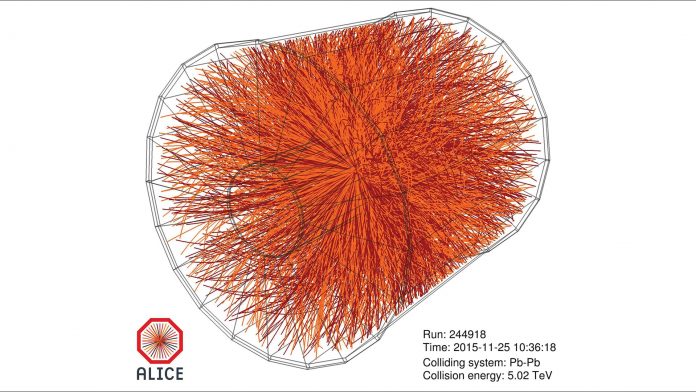 The German physics community has played an integral role in the ALICE experiment at CERN’s Large Hadron Collider since its inception and through to the present day. Here, Innovation News Network speaks to the Universität Heidelberg’s Professor Johanna Stachel about how German efforts continue to underpin this work, and what her own research into the quark-gluon plasma state of matter hopes to achieve.

Could you begin by outlining the ALICE experiment? What were the main challenges involved in organising the German participation in the experiment back in the 1990s, and what would you say have been the biggest successes for the community of German physicists since then?

The ALICE experiment is one of the four large experiments at the Large Hadron Collider (LHC) at CERN, and it is unique because of the physics topic that it has been optimised for: to recreate and diagnose the state of matter as it existed in the early Universe, from about a nanosecond (ns) until around 10 microseconds (μs) after the Big Bang. This means that rather than being designed to detect a fundamental particle, like the Higgs boson, it is about creating a specific state of matter – that which consists of quarks and gluons, the fundamental constituents of nuclei which are revealed when normal matter melts (once it is heated to more than 200,000 times the temperature of the interior of the Sun).

In the early Universe, the quark-gluon fireball, was formed after the Big Bang crystallised into the normal particles that we know today after 10 microseconds. At the LHC, we have worked to reverse this development for the tiniest amount of time by smashing nuclei into each other, and increasing the heat to temperatures which are well above the temperature required for the conversion of the hadronic phase of our normal world into that of the quark-gluon world.

In this state, there is nothing to keep things together, and so it will cool and expand rapidly, emitting thousands of particles which we are able to see in our detectors. From this, we try to reconstruct what happened in the collision and our main goal is to characterise this quark-gluon plasma state.

Thousands of particles are emitted after each collision, and so it is necessary to build sophisticated equipment to measure their energies. We also want to know what they are (protons, pions, photons, electrons and so on), and from this we can piece together the physics behind it.

Building a sophisticated detector is complex and it takes a large collaboration of scientists, and so we started the concrete planning for the ALICE experiment in 1995, with the experiment starting to take data in 2010. Over the course of the first five years, we made a plan of what detector systems we wanted to develop, and we had to generate the funding for this. And then there was a period of around ten years to build the experiment.

German physicists played an important role in this but, of course, the ALICE experiment has grown into a worldwide effort; the collaboration now consists of about 1,800 members from 41 countries. Nevertheless, I am proud to say that the German community was responsible for designing and building around a fifth of the equipment used in the ALICE  experiment.

The heart of the experiment is a detector that reconstructs the tracks of all charged particles in 3D with unprecedented resolution; this is a detector with a volume of around 100m3, and there are about 600,000 electronics channels within it which are used to read out the information in 1,000 time bins. This is called a ‘time projection chamber’ (TPC), and we are very proud of it.

What is involved in upgrading the ALICE experiment to run from 2021? What do you hope this will achieve?

We are already starting to go beyond discovering the quark-gluon plasma; we are characterising it, we are measuring its properties, and we want to do this as precisely as possible.

At the moment, the main limitation is that detectors like the TPC are typically not very fast. We record maybe 500 collisions per second, but the upgraded LHC will be able to give us 50,000 collisions per second from 2021. This, of course, will generate a huge amount of data, which will pose a significant challenge; the data collected per second is between 1-3 terabytes from the detectors, with the TPC being the biggest contributor). We hope to be able to reduce this, via parallel processing, to something that is about two orders of magnitude lower.

Another challenge is to actually operate a TPC at this rate, and to do so, new developments are needed in order to ensure that the picture being produced is not so blurred that nothing can be recognised. We want to achieve a resolution of 300 micrometres, and this is the challenge. 45 institutes worldwide (around a third of whom are from Germany) are now involved in working on completely modifying the TPC to achieve this.

How do you work to ensure that theory groups and experimental groups work together? How challenging is this?

Simply taking a picture and counting the particles and saying these are the distributions in momentum and these are the kinds of particles we have seen is just one step, and, indeed, is what an experimentalist can do more or less alone. But then, to really try to extract the relevant physics and ask: how do we know this quark-gluon plasma has formed? How do we know what the critical temperature for the phase transition is? What is the nature of the phase transition? What can we say about the matter properties of the plasma, such as the viscosity? What is the electric conductivity? needs very close collaboration between experiment and theory.

Of course, experimentalists publish their data, which is then looked at by theorists, but it is much more efficient if the theoreticians are involved in the experimental side of things as well, as this provides them with a first-hand understanding of what the experiments are doing.

In order to get to the physics, it is important that experiment and theory work together, and this also goes beyond particle physics as a discipline; we have found that there is such a thing as universal behaviour which is observed outside of just particle or nuclear physics. That is, similar phenomena are observed at completely different scales.

For instance, some of the things we are observing about the quark-gluon plasma – which we see as being very close to an ideal liquid – are also being observed by our colleagues working on ultra-cold quantum gases at temperatures of 200 nano Kelvin (nK), and so similar behaviours to what we see in the hottest and densest systems are also seen many scales apart. Indeed, similar phenomena are also observed in condensed matter physics. And so there is a real need for us to work in a multidisciplinary way, and to provide structures which make science across boundaries possible.

What work are you also involved in – H2020 projects, joint research activities, etc.? How would you like to see funding for experimental physics research evolve at the national and EU levels?

We have a different project proposal in H2020 which will look at many different aspects of strongly interacting matter. One project that is of particular interest for me involves trying to bring the different LHC experiments together on one specific aspect of our research which concerns the bound states of heavy quarks.

This is just one project within a larger proposal; many of which are joint research activities.

How important is it to focus on the new generations of researchers? How are you working in this area?

This is a very important topic. Not only do we need all of these brilliant young people involved in the research, but it is also crucial for us to nurture the next generation of excellently trained young people who: not only have very good analytic capabilities, but also have technical training; can deal with large amounts of data, databases, and electronics; are trained to work in international teams and to collaborate effectively; and are trained to regularly present their work in clear and understandable ways at all levels.

German society certainly benefits from this. In Germany, around 75% of those with PhDs in physics leave academia within five years to enter industry, consulting, government, or publishing, and so on – to work to the benefit of society in a wider sense.

In Germany, we have increasingly structured programmes for graduate education. For instance, in Heidelberg, the Heidelberg Graduate School of Fundamental Physics emerged from the German Excellence Initiative. Here, some 600 of our graduate students are members, meaning that beyond the research work they are involved in, they are also included in many other areas important for their education.

We also have a research training group from the DFG specifically for the development of detectors, electronics, and special analysis tools and methods like artificial intelligence, and this is gaining momentum and importance.

Moving forwards, where do you plan to focus your research priorities?

We are now in the process of upgrading the experiment; the accelerator will stop at the end of the year for a two-year period during which both the machine and experiment will be upgraded. From 2021 onwards, we have a physics programme that is now planned to run until the end of the 2020s where we really want to exploit the detector to its full potential. In addition, we also develop new ideas for particle detectors based on the most recent developments in the semiconductor industry to pave the way for long-term development in the field.

We will get about 100 times the statistics of what we have done so far, which means that we can really come to a very concise and consolidated understanding of the fascinating quark-gluon plasma state of matter.