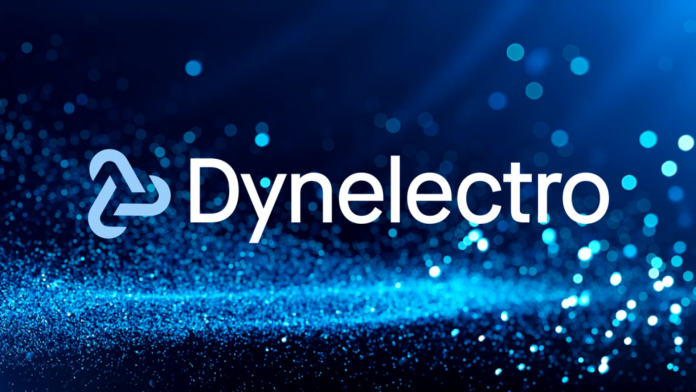 Dynelectro is working with Power-to-X technology and is raising capital to complete its product to produce cheaper green hydrogen.

Today, it is both expensive and difficult to convert energy from solar and wind into green hydrogen and green fuels. Only half of the energy is turned into green fuel. Dynelectro believes it has found the solution to the problem, which is the big minus of the otherwise much-coveted Power-to-X technology.

The company, which is located on a former country estate in Zealand, Denmark, between Viby and Gadstrup, has managed to extend the life of the ‘stack’ consisting of thin electrolysis cells and steel, where the electrolysis takes place. This is done by mixing direct current with a little alternating current – a technology that Dynelectro has dubbed ‘AC:DC’.

Together with another of the company’s employees, physics engineer Anne Lyck Smitshuysen, Søren Højgaard Jensen invented a way to produce electrolysis and fuel cells in 2021, so that the stack can be nine times larger than normal.

The key advantage is that you can halve the price of the stack and reduce the cost of producing green hydrogen by 15%. The invention led to a grant from the Ramboll Foundation of 500,000 DK kroner to be used to build larger stacks.

The plant will use power to create hydrogen that can become green energy. It does this by splitting water molecules into hydrogen and oxygen. The hydrogen is then converted into carbon-neutral fuels. 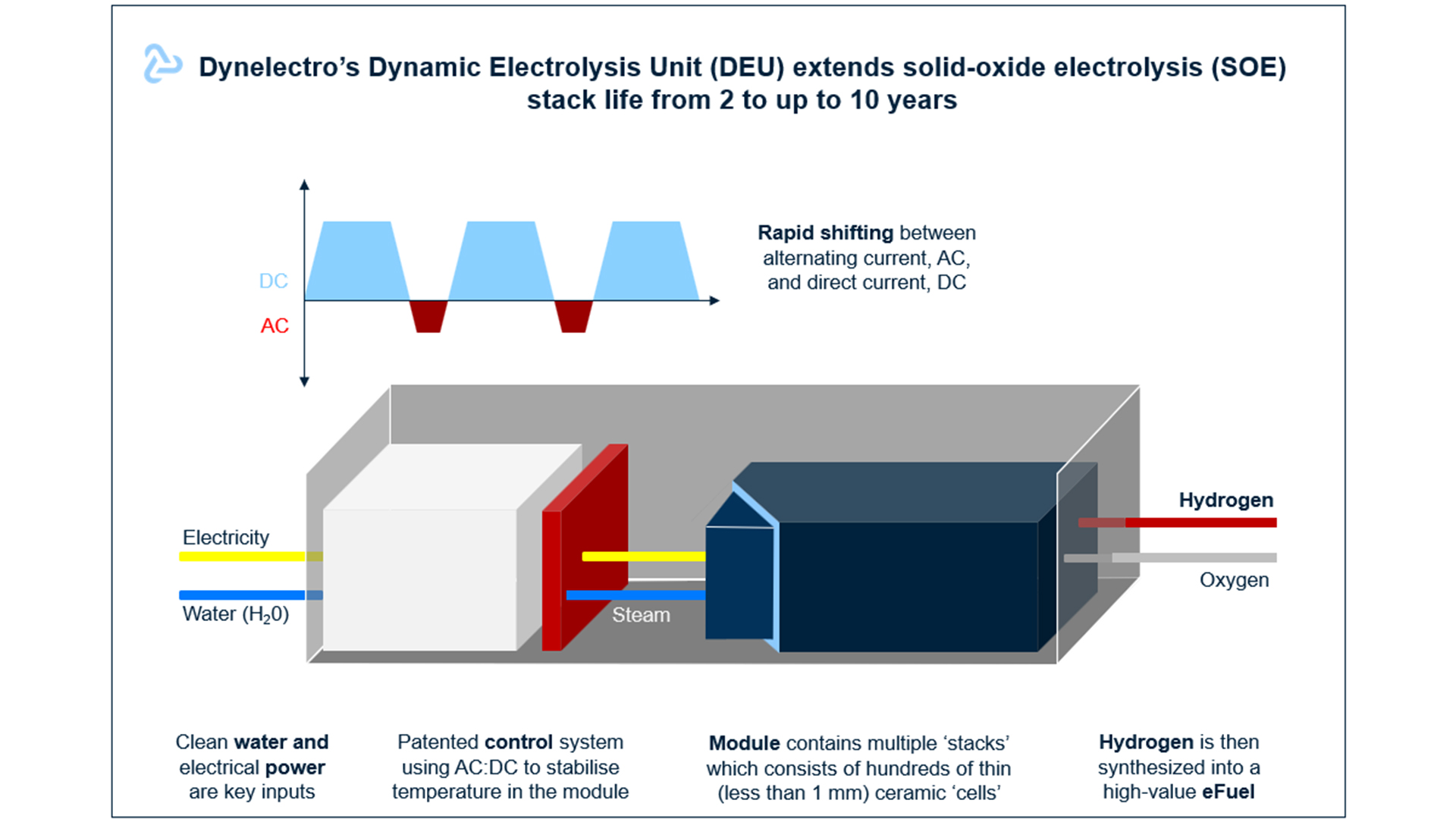 These carbon-neutral fuels are called ‘eFuels’ as they use electrolysis to split the water into valuable green hydrogen.

In search of capital

Dynelectro expects to have completed Phase 1 of its project by the new year and can then begin Phase 2, for which it is raising additional seed capital.

Dynelectro’s technology has successfully completed proof-of-concept in our laboratory. Tests show that we can minimise the degradation of solid oxide electrolysis (SOE) cells, which is seen in the industry as the biggest challenge.

Dynelectro can increase the SOE lifetime from currently about 2 years to around 10 years.

Dynelectro is finalising the detailed design and has commenced the construction of the plant, which will be the world’s first Power-to-X solution based on dynamically controlled SOE.

Compared to other electrolysis solutions, SOE is, according to Dynelectro, the most efficient and least bulky, but has so far been hampered by a short stack life and higher investment costs.

By stabilising the temperature in the plant thanks to its AC:DC technology, the company has been able to improve the life of the stack.

In addition, the technology has made the SOE solution better able to handle variations in power, which is important as the energy from wind turbines and solar cells can be very fluctuating.

A third advantage is a simpler and more compact design that provides lower investment costs and makes it suitable for offshore use.