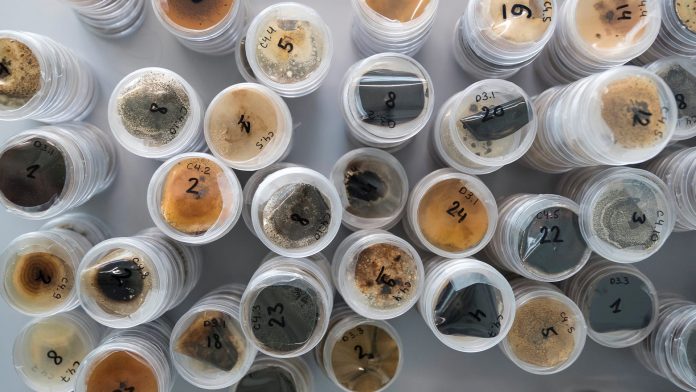 AgroSustain has developed a solution to reducing food waste caused by fungal pathogens in food with its new product: AgroShelf+.

Food waste is increasingly becoming a problem in Europe, particularly with fruit and vegetables. Many people will understand this vision: buying a number of fruits and vegetables for consumption, coming to eat them, and then finding that they are ruined by the prevalence of fungal pathogens in food. The short shelf life of most of these foods not only puts people off buying healthy and nutritious food, it also creates a large amount of waste.

Almost half of the fruits and vegetables sold in supermarkets are wasted every year. In some instances, the reasoning behind so much food waste is due to fungal pathogens in food deriving from a specific infection of crops. AgroSustain PLC, a Swiss startup, has developed a novel, efficient and organic solution to extending the shelf-life of fruits and vegetables, eradicating the fear of fungal infection. Ensuring that fungal pathogens in food are controlled can help with the global food waste problem, and that is what our product does.

AgroShelf+: the product that will transform food waste

AgroShelf+ is the first product to be developed by AgroSustain and has been designed to extend the life of fruit and vegetables by a minimum of one week. AgroShelf+ is an alternative to chemical pesticides and is an efficient, non-toxic, plant-inspired solution to the infection of fungal pathogens in food, which accelerate decay and have a negative impact on human health.

The product is sprayed onto the crop after it has been harvested, when the food has been picked from the farm and is being stored together ready for packaging. The solution is applied at the stage before it is packaged and before being transferred to supermarkets. AgroShelf+ is currently undergoing certification and does not change the smell or the taste of the food after being applied. This makes it the perfect product to extend freshness by eliminating fungal pathogens in food, whilst also creating a product that the end consumer can enjoy.

Metabolites of some of the broadly spread fungal pathogens in food storage facilities can be harmful to humans and spraying the AgroShelf+ solution directly to the vegetables can protect the crop from violent fungal contamination. The product prevents the development of 20-25 fungal pathogens; some of the pathogens the solution protects against include Aspergillus, Botrytis cinereal, Colletotrichum coccodes and Penicillium species.

Aspergillus fungus normally grows on damp plant matter, which is why AgroSustain has developed a solution to protecting our crops from the pathogen. Aspergillus’s fungal pathogens in food produces Aflatoxins – which are a family of toxins produced by certain fungi that are found on agricultural crops such as wheat, maize and peanuts.

The major Aflatoxins are B1, B2, G1 and G2: these poison the body via a number of different routes, including through respiratory, mucous, or cutaneous routes; and can thus result in an overaction of the inflammatory response. Exposure to Aflatoxins is generally associated with liver problems, including liver cancer.

Botrytis Cinereal is a necrotrophic fungus and is mostly known for the production of ‘grey mould’ on berries and grapes. AgroSustain’s AgroShelf+ solution can be sprayed on to grapes and berries and will protect them from Botrytis Cinereal, ultimately slowing down the rate at which grey mould develops onto the fruit.

Botrytis Cinereal fungal pathogens in food are associated with lung diseases in humans, particularly hypersensitivity pneumonitis, which is an inflammation of the alveoli in the lung.

Nearly everything is contaminated with Penicillium spores, however, infection of its fungal pathogens in food can cause food spoilage which in turn may cause a production of mycotoxin (aforementioned aflatoxin is a mycotoxin). Thus, the production of mycotoxins from Penicillium infection can be extremely harmful if ingested; causing adverse health effects in humans including cancer, kidney and liver damage, gastrointestinal disturbances, reproductive disorders or suppression of the immune system. Penicillium causes visible mould growth on the spoiled food.

AgroSustain has already received support across Europe, including having won a number of awards for its work with fungal pathogens in food. Most recently, AgroSustain has won the Geneva Sustainable Development and the prestigious Dalle Molle Foundation for Quality of Life Awards, showing proof of concept and solid partnerships for product development and certifications. As a start-up AgroSustain continues to attract people to its product. Other grants and awards AgroSustain has won and been supported by include:

How can you get involved?

AgroSustain is open for collaboration and trial with food distributors and retailers across Europe. The company is now open to investors and strategic partners as the product goes to market. In March 2019, AgroSustain will be looking for investment for the development of the company, this is the perfect opportunity to be a part of a new and exciting innovation.

AgroSustain welcomes anybody who would like to discuss its solutions to fungal pathogens in food to get in contact. The long-term vision for AgroSustain is to develop a product for farmers – not just retailers and distributors – that can be applied in the field.

AgroSustain SA was founded by Dr. Olga Dubley (CEO), Jean-Pascal Aribot (CCO) and Dr. Sylvain Dubey (CTO). Between them they have over 25+ years of experience in a vast array of areas, including the fields of plant pathology and biochemistry, the field of biodiversity protection and molecular biology as well as business development.

Dr Olga Dubey found the first molecules that created the business whilst studying her PhD at the University of Lausanne, Switzerland, since then, the company has received a lot of praise at state, national and international levels, including grants, awards and mentoring. As of January 2019, the company is expanding and will grow to six people.